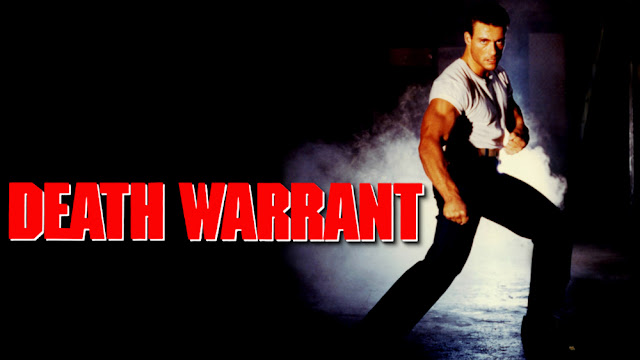 When it comes to JCVD films, this is one, along with Black Eagle, that I've systematically avoided revisiting for years. And that's only because I just don't remember anything all that great about them when I first watched them back in the late 80's/early 90's. I know, that was a very long time ago, and if I've learned anything from revisiting films, it's that my initial reaction (especially at such a young age of around 13 or 14), doesn't always hold merit. I've learned that revisiting films usually change my mind drastically, and that's exactly what happened with Death Warrant.

Released in 1990, along with Lionheart, and at the peak of his stardom, Death Warrant would be JCVD's prison movie, much in the same way Lock Up is for Stallone just a year earlier. Though it was filmed before Lionheart, but released after due to distribution issues between Cannon and MGM, it's said that Seagal was also a contender for the lead as they were both going toe-to-toe as the martial arts/action star at the time (that was a great era for action films). It's also a slight detour for JCVD, as it strays a bit from action and more into the thriller territory. Some would even argue that it's even a horror film in some ways, which I could totally understand. But personally, it feels more like a thriller than anything, with some action elements thrown in to make his fans happy. In some ways, it feels a lot like the excellent and highly underrated The First Power, starring Lou Diamond Phillips, another thriller/horror/action hybrid that works remarkably well, but has gotten little attention since it's release. 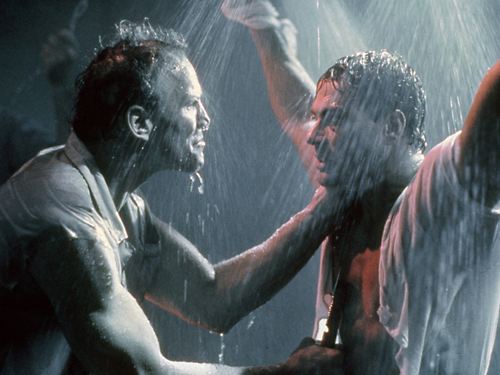 I decided to happily revisit this one whilst in the middle of a Van Damme kick, and to my surprise, I loved every second of it. Everything about this works so well on any level; their's plenty of action and fighting to keep the action fans happy, and there's plenty of thriller elements to justify calling it a prison thriller, even down to the somewhat horror vibe when it comes to one of the films villains, a serial killer by the name of The Sandman, who constantly claims he "wants your dreams".

On the surface, Death Warrant, despite it's toe-dipping into several genres effectively, is a pretty straightforward film about a cop (Van Damme), who is sent undercover as an inmate to a prison where inmates are dying at an alarming rate. Once inside, he quickly realizes that the sadistic warden has his own agenda, and must learn to use the "system within the system" to get any answers. He also comes face to face with The Sandman (Patrick Kilpatrick) once again, whom he thought he killed earlier. With the threat of The Sandman blowing his cover as a cop, Burke (Van Damme) enlists the help of several prisoners and must figure out who's killing these inmates and try to survive long enough to uncover the truth. 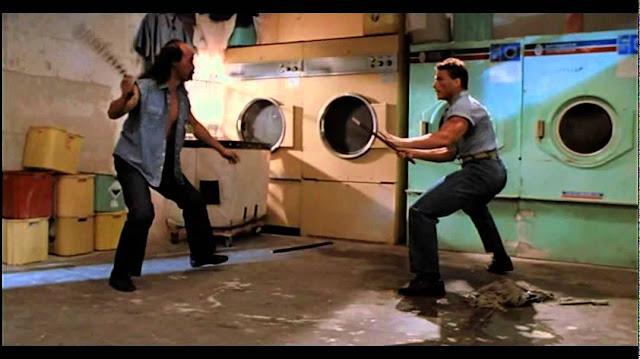 Written by Blade, Batman Begins and Man of Steel scribe Davis S. Goyer, Death Warrant would mark his first script, which would be followed by a string of low-budget films before hitting it big with the superhero genre years later, which, some would argue, wasn't necessarily a good thing. Goyer does a serviceable job here, giving the film a dark, bleak atmosphere and tone that is a hallmark of any film he writes or directs, but also keeping it very much a JCVD flick, which means lots of fighting. And this is the area that my memory betrays me, because I remember it being a bit boring, which as I watch it now was totally wrong. There are plenty of fights littered throughout, including one with the legendary Al Leong in a laundry room that I didn't see coming, and was aaaaawesome.

I think a lot of Death Warrant's success can and should be attributed to director Deran Sarafian, who really hadn't earned much credit as an action director up till this point, but handled the job phenomenally, giving the film a stylish, yet gritty look and tone that really surprised me. Visually, while prison movies can be pretty hard to film and make look interesting, he somehow pulls it off here and Death Warrant is a better film for it. It definitely carries a strong 90's "visual flavor", but done so in such a polished way that films like this just don't use anymore. Sarafian would deliver a few more action films like Gunmen and Terminal Velocity before transitioning strictly to television work, where he continues to work today. 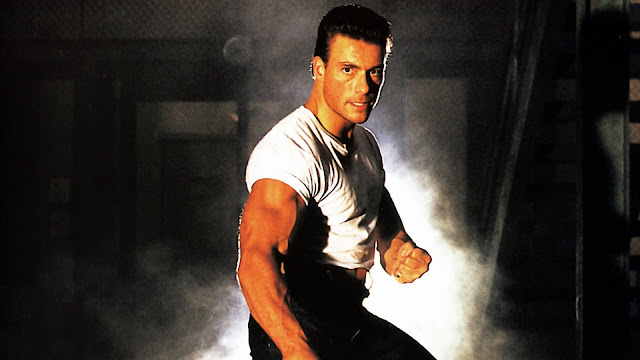 I do have a few minor issues, like what is The Sandman's deal? What is it that he does exactly? It's never explained, other than he has some sort of supernatural power and is always saying "I'm the Sandman! I can't die!", yet he does....twice actually. And he's always talking about taking your dreams, but what does that mean? And how exactly does he do that? I think the idea of this villain (and really, he's one of two main villains in the film), is more exciting than the actual execution because as a character, he just doesn't make any sense and the film doesn't bother to flesh him out in any way. Still, Patrick Kilpatrick is always a reliable bad guy and he does what he can with the material and it works for the most part.

Highly entertaining, surprisingly solid, and another winner for Van Damme from his Golden Years, Death Warrant is a much better film than I gave it credit for, and one I will gladly include in my JCVD collection.
Posted by robotGEEK at 12:13 PM