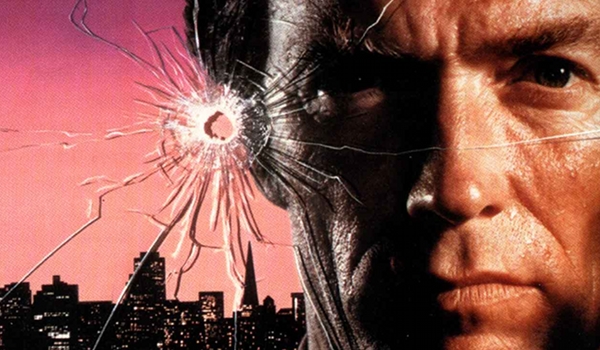 This 4th Entry Marks a Change of Pace for the Series, Delivering another Solid Winner

The Dirty Harry franchise has never been one of my favorites. I don't know why really. I've just never really gotten into them the way others have. But I do own the first 4 films as part of a cheap DVD set I picked up many, many years ago, because it still deserves to be in any action fan's collection. And I guess it's because of the fact that I actually own them that I find myself digging into them every 5 years or so, always hoping that maybe I'll connect with them more in some way this time around. Well, that day finally came. Let's dig in.

I'll admit, I didn't watch the first two; Dirty Harry and Magnum Force, because those are two I've seen more than any of the others and feel I know them pretty well already. I wanted to dig into the later films, most importantly, the 80's etries; Sudden Impact and The Dead Pool. But first I decided to hit the middle child, The Enforcer, and honestly, I loved it. I loved the slick direction courtesy of James Fargo, who at times made it look and feel like a western, and I loved the whole 70's vibe. I could go into a whole mini-review here on that particular one, but I'll save it for a later date. Let me just say that it was far more impressive than I expected it to be, and it was better than I remember. Which then led me to the follow up, Sudden Impact, the first and only Dirty Harry film that Clint Eastwood directed personally, which as I've grown to love Eastwood-directed films more and more lately, I was pretty excited to finally revisit.

Sudden Impact is somewhat of a departure for the franchise as it begins like most of the Dirty Harry films, but halfway through turns more into a thriller as Harry tracks down a serial killer. So unlike the other films in the franchise, where they play out like gritty detective action/thriller's, this one is like two different films split right down the middle, with the first half being a typical DH film, but once he's sent over to a small town to investigate a series of murders, it turns into a whole other film, and honestly, I fucking loved it. It's like the perfect marriage of two different genre's and it works splendidly. It also allows Eastwood to deliver some solid work behind the camera. To me, it feels like this is where Eastwood really found his "style", because it's a visually striking film. Actually, it may be the most visually impressive film in the entire series, which you really have to admire as each entry took on a different director. Speaking of which, it's probably the fact that Eastwood was in the director's chair this time around that Sandra Locke is even in this, and would mark the last time they would work together. After making a total of 6 films together, the studio demanded he stop casting her in his films as the general public was starting to grow fatigued from their constant collaborations together. I will say though that she was quite excellent in this, and of all their collaborations together, this is my favorite. Locke would go on to become a director herself, directing less than a handful of films in the 80's and 90's. 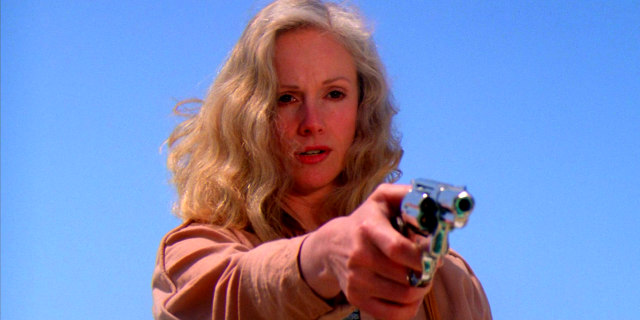 Sudden Impact is a first for a number of reasons. Though most assume the famous line "Go ahead, make my day" came from the first Dirty Harry film, it was actually this film (the 4th in the franchise) that the now legendary line, synonymous with all things Dirty Harry, came from. It was also the first time Harry didn't have a partner, and the first time he used a semi-automatic gun, rather than his famous revolver. As I mentioned before, it's the first and only DH film Eastwood directed himself, making it a much richer experience in my opinion. Sudden Impact ultimately became the highest grossing film in the franchise. Whether that is attributed to Eastwood's work behind the camera or not is up to debate. But I personally believe so. It could also be because it had been 7 years since the last Dirty Harry film, and fans in 1983 were eager for another one.

There were so many things I loved about this specific entry, but a lot of it really falls on it's time period of 1983. The film's very specific 80's aesthetic adds a heavy dose of 80's nostalgia into the fold, where everything from Harry's Members Only jackets to his totally retro Gargoyle's sunglasses (immortalized the following year in The Terminator) just make everything look so damn cool. 80's thrillers are arguably some of the best (my personal favorite), and Sudden Impact is another perfect example of why.

Sudden Impact, my personal favorite in the franchise, is also a pretty great 80's thriller in it's own right, going toe-to-toe with the best of them. It marks a lot of "firsts" for the franchise, as well as proving Clint Eastwood as a pretty excellent director, giving the series a significant boost in quality and craftsmanship. This would mark Eastwood's 10th film as a director, and he would only grow stronger as one of the most impressive directors in film history, eventually earning his first Oscar as Best Director for his classic western Unforgiven in 1992. Sudden Impact is an early example of his mastery behind the camera, and clearly one of his best films all around. If it's been a long while since you've seen it, it may be time for a revisit. It might surprise you.
Posted by robotGEEK at 12:38 PM