The Death of "Superman Lives", What Happened? 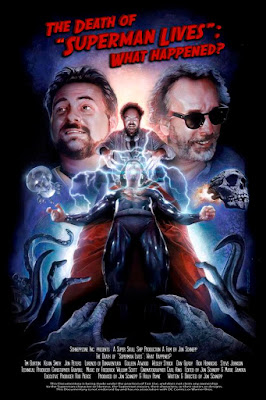 Ever since I first heard about the creation and progression of this documentary for what seems like years now, I had been waiting in vain for word of it's eventual release. Through a rather large crowd-funding campaign, the film ultimately raised the financing needed to produce this thoroughly entertaining doc, yet it seemed like it took a considerably long time. But then again, writer/director Jon Schnepp had a LOT of information to comb through. Once you finally see this, you'll know just what I'm talking about.

Superman Lives was going to be an insane Superman movie. I won't even spoil it for you because if you haven't already read about it by now, watching this comprehensive and exhaustively researched doc will be a much better experience going in cold. But some of the biggest bits of info that you're surely aware of by now is that it was written by a very young Kevin Smith (only to be re-written by two other writers), was to be directed by none other than Tim Burton, and star Nicolas Cage; sometimes sporting long hair, sometimes not. Everything in this strange Superman tale just screamed bizarre, from the production design, to the storyline, Christopher Walken as Brainiac!, and most importantly, to the "look" of Kal-El himself. I can't even begin to fathom or understand what they were all thinking, which this documentary will answer for you, but rest assured, it was going to be a batshit insane Superman movie. During it's inception, they were pretty much given an unlimited budget, allowing them to go all out nuts on this, yet it was pretty certain that only a good half of what they came up with ultimately would have ended up on screen, as is the norm in this process. 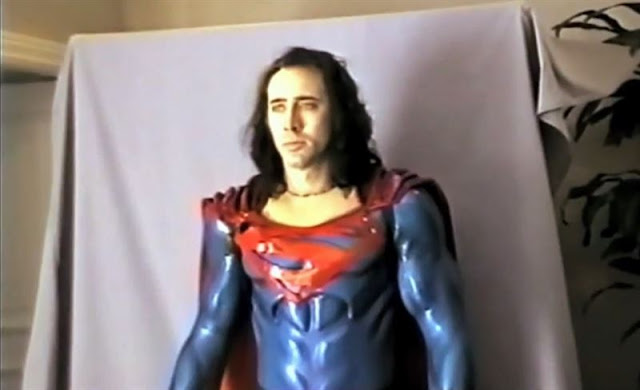 But of course, because Warner Bros were having a bit of a losing streak back in '97-'98, they ultimately decided to shut down production on this $400 million dollar film after months of painstaking pre-production. It's such a fascinating idea, and an even more fascinating story when you see everyone involved, including effects master Steve Johnson describe what they wanted for a few of Superman's bizarre suits, but most importantly, the always entertaining Kevin Smith and Tim Burton himself, who just kind of seems bored and confused throughout his interviews. I don't even think he knew what kind of Superman film he was going after, but one thing's for sure, it would have been a helluva crazy film. I have to admit though, I think the most entertaining character interviewed was hands-down mega producer Jon Peters. Wow. That guy is a character all his own and listening to the crazy shit he demanded from the production, most notably, writer Kevin Smith, will leave you howling with laughter. But the words coming out of his own mouth, and his proclamations, will leave your side's hurting from laughter as well. The guy's a fucking nut.
The Death of "Superman Lives", What Happened? became available to stream and purchase yesterday, July 9th, and you can only get it directly from their official site HERE. 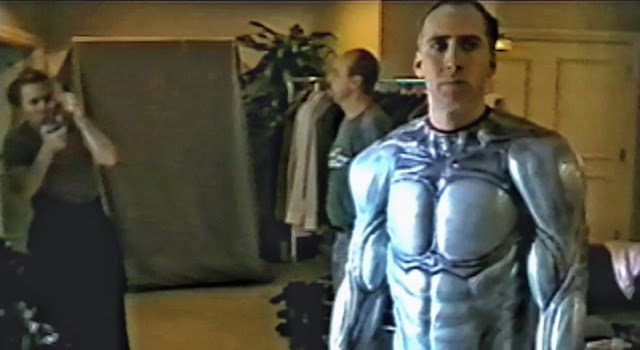 I bought it digitally immediately, and trust me, it's worth the purchase. A great watch indeed and when I screened it for my movie group, we had a blast. If anything, if you love comics, comic book movies and just "what could have been", watch this documentary. My only real gripe is that I would have liked to have seen new interviews with Cage himself, who's surprisingly absent for this. While we do get some vintage spots of him discussing Superman Lives, it would be fascinating to hear what he has to say today about all this.
Posted by robotGEEK at 11:31 AM