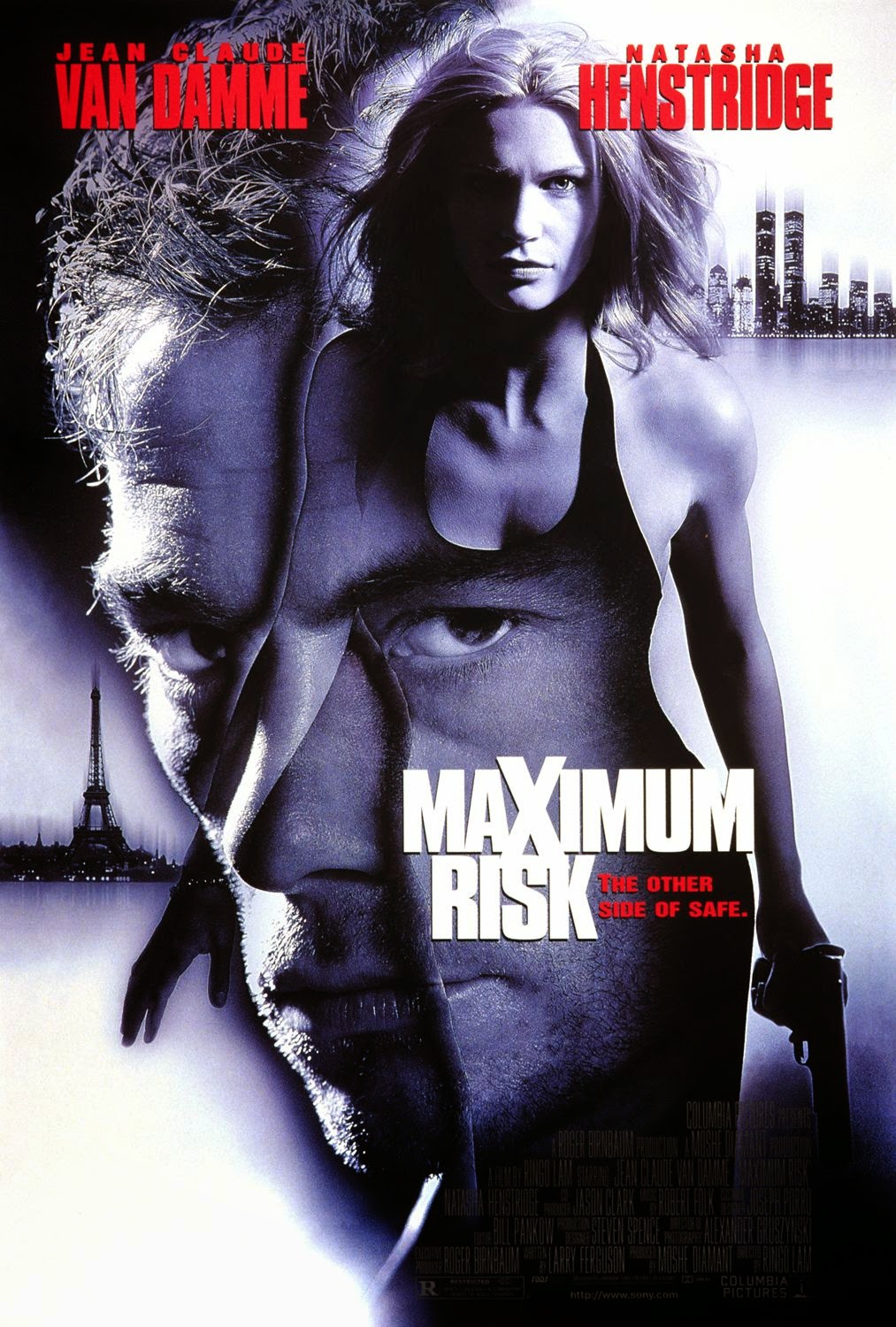 When it comes to Van Damme, I consider myself a slightly above average Van Damme fan than the typical movigoer. I grew up on the stuff and lived for this shit. I was a full-on Van Damme fanatic at the height of his career, when his films were still making theatrical runs and still making money. Not that I'm an expert or anything, or that I've seen "everything" the guy has ever done, but as a fan of action, martial arts films, 90's action cinema and just of Jean Claude Van Damme in general, I feel I'm a much bigger fan than the average person. As a teenager in the late 80's on into the early 90's, I was a huge Van Damme and Seagal fan. Hell, I was even chewing up anything Jeff Speakman and Don "The Dragon" Wilson would dish out. So I have a deep appreciation and love for these guys, often hitting the theater anytime a new film of theirs would premiere and most definitely buying the VHS. I, like most people, consider his best output to be between 1988 when Bloodsport first wow'd us and 1995 when he released one of the best films of his career with Sudden Death. But, as we all know, personal problems began to take over by this time and though Sudden Death is a solid piece of Action Cinema, often referred to as the Die Hard film in his filmography, you can certainly see his demons start to take hold a year later with this film.

Most action film fans are aware that it was Van Damme who started the trend of bringing big time Hong Kong action film directors to the U.S. In fact, it was Van Damme who first brought the legendary John Woo to America for his knockout film Hard Target. That right there was a brilliant move, something Hollywood had been needing to inject some life into the action genre. Since then Van Damme has brought on other HK legends such as Tsui Hark and Ringo Lam to direct a few other films of his, but none could match the impact that John Woo made with his first American film with Van Damme. He was so successful in fact that Woo stuck around Hollywood for the next 11 years turning out films like Face/Off, Broken Arrow, MI:2 and Windtalkers. When you think about it, no other movie star has done more for the appreciation of these HK film directors more than Jean Claude Van Damme has. Which leads us to Maximum Risk, director Ringo Lam's first foray into Hollywood filmmaking and Van Damme's sudden decline in quality and star power.

Make no mistake, I was a die hard action fan when he was at the peak of his career, yet by the time Maximum Risk came out, even for a teenager like myself, it was clearly evident that the quality of his work was deteriorating. Which is why I think I never gave it a chance, even back when his films were still hitting the theaters, something that would change literally just a year or two later. But in the last year I've been re-immersing myself in his filmography and gaining a further appreciation for his older films, films that I loved as a kid, and learning to love all over again for completely different reasons as an adult. But I'm not so hot for Maximum Risk though. My good buddy Ingo from Hellford667 Movie Reviews did me a solid and sent me over the blu-ray of this film, something he's done several times already with Double Impact and Equilibrium, to name a few. Seriously, Ingo is a great guy. Some days I check my mail and there's a random DVD or Blu ray from him, just because he's that awesome of a guy. But anyways, back to Maximum Risk.

Maximum Risk starts with a bang where you're witness to a spectacular chase sequence. Immediately my enthusiasm has quadrupled. I'm thinking "If the film begins like this, I can't wait to see the rest of it!". But as the film progresses for the next 30 minutes or so it's painfully evident that Van Damme just isn't giving it his all. He looks bored, uninterested, and most of all, tired. When I mentioned this to Ingo, he commented with something to the effect "Well yea, it was in the middle of his cocaine problems", and it only made sense. But in all honesty, a lot of the problems with Maximum Risk don't lye solely on Van Damme's shoulders. Personally, I didn't feel bringing Ringo Lam from HK on as director did the film any favors. Coming off a few huge cult films like Prison on Fire II and Full Contact, both starring Chow Yun Fat, you would have thought he would be a shoe-in for a film like this. Maybe they're thinking was that they could replicate the same kind of success and quality that John Woo was able to achieve with Hard Target? My thinking is that Lam is more than capable of putting a film together well, and infusing some truly audacious action and stunt sequences that more than likely would never even be attempted in this day and age without CGI, but as a visual director, it's just not there. While impressed by a few stunt sequences, I found myself bored more than anything by a tedious paint-by-numbers style of action film that felt like it could have been directed by any Joe Schmoe looking to make a name for himself in the industry. Add to that Larry Ferguson's ho-hum script and it's just not anything to get excited about. Though Ferguson's been on my radar for some time with writing duties on some personal favorite films like Highlander, Beverly Hills Cop II, The Presidio as well as other popular fare like Alien 3 and The Hunt for Red October, it seems like his attempt at a standard action film fell to the vices of some people not working at full capacity. But then again, maybe had the film been under the hands of a more visually impressive filmmaker, it could pass for something more exciting than what we got under Ringo Lam's direction?

I have a feeling that despite my issues, others will feel differently, and that's fine. Personally, I just wasn't into it, and I really wanted to be. In fact, it was just a mere few months ago that I was re-introduced to Double Impact after having not seen it since it's initial release and holy hell was I blown away by how fucking entertaining it was. Cliche'd to the fucking max, but one helluva fun ride from beginning to end. I suppose I was hoping for the same kind of experience with Maximum Risk, as most of his films before this were the epitome of the Van Damme experience, most notably Sudden Death a year before.

Van Damme has been working consistently his entire career, even releasing as many as 2 films a year since Maximum Risk and through all his personal troubles and demons. So it's not like the guy dropped off the face of the Earth since the mid 90's. He's always been there continuously working, just not putting anything out there worth getting excited about anymore, that is until a good 12 years later with JCVD. It's kind of sad to think that nobody had even noticed him again because he had become sort of a ghost of his former self, just kind of going through the motions. JCVD proved that he could in fact act and a few more projects after began to show us that the guy still had a lot to offer us and a slight spark of his former self was clearly there. Age is probably his biggest enemy, evident in the recent Enemies Closer, where again, he looks tired, but that spark is still there, just not as bright as it used to be.

I feel we still have a lot of good Van Damme films coming our way, that he's not done and certainly hasn't given up, because for all his troubles and all his failures, he is one of the hardest working guys in the business. With the exception of 2005, not a single year has gone by without one or several Van Damme films being released either theatrically or on the home video market since 1988. That's a lot of fuckin' movies! I think he just needs to be a little more picky with the projects he chooses and not pick anything and everything that comes his way. I still get excited for new Van Damme films, and I always will.
Posted by robotGEEK at 11:57 AM