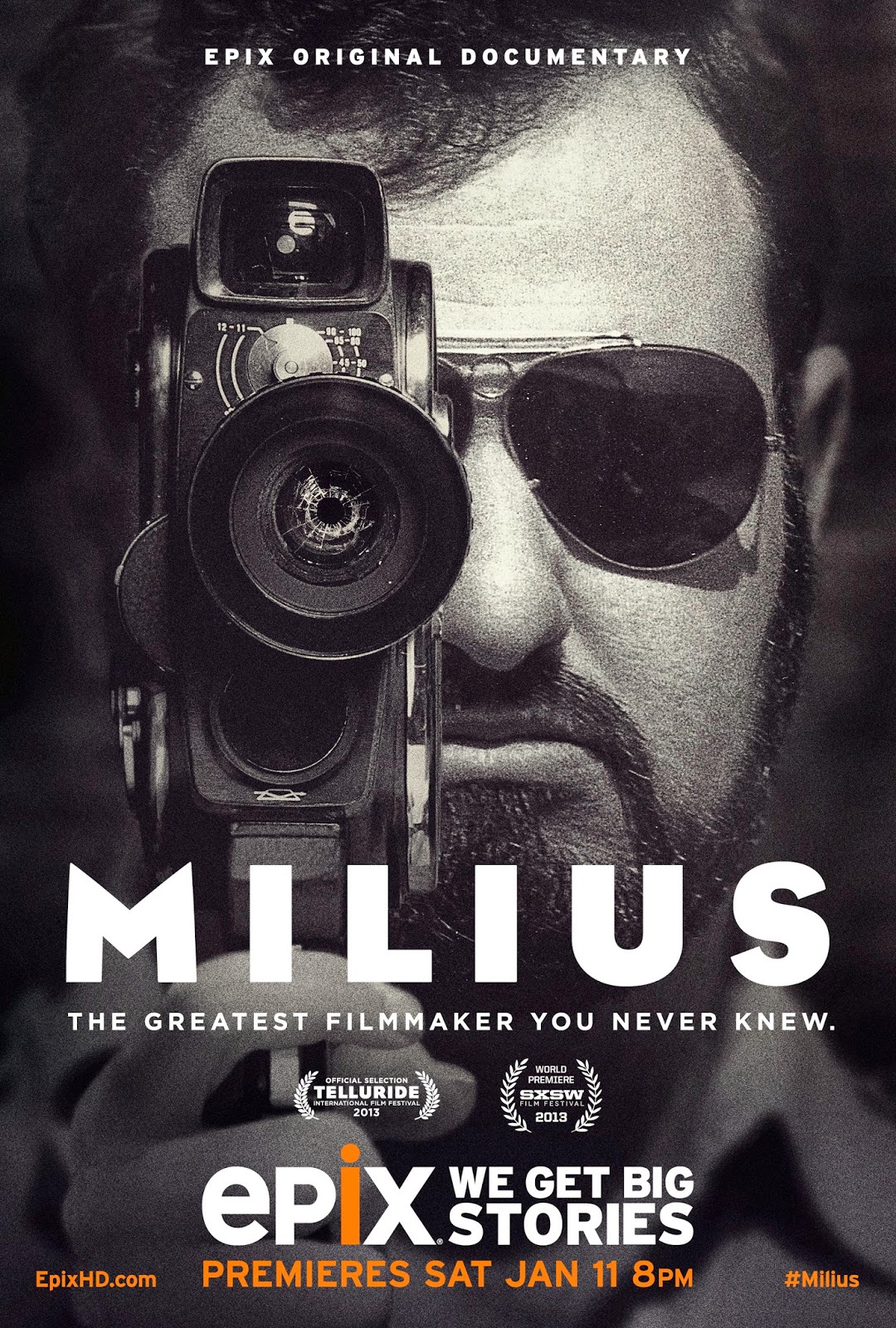 I've always been a fan of writer/director John Milius. Sure, not everything he's done has been a slam-dunk for me, but overall he's put out an insane amount of badass work as either a writer, director (sometimes as both), consultant or script doctor that it's hard to argue the guy is who you call to add a little machismo factor into your film. Milius, best known for writing Apocalypse Now wtih Coppola, and for writing Conan the Barbarian with Oliver Stone while also taking on directing duties on that one. Did you know he wrote Dirty Harry and it's sequel Magnum Force? Or that he wrote the Robert Shaw speech inside the tugboat in Jaws? Or Sean Connery's motivational speech to his crew in The Hunt for Red October? He's been sort of tapped as the go-to guy for some macho dialogue if a film is missing something. As Francis Ford Coppola states it, John Milius s responsible for every piece of incredible dialogue in Apocalypse Now. Or hey, did you know that he was the inspiration for John Goodman's character in The Big Lebowski? And I shit you not, that's not even touching on this guy's personal life, which is the stuff of legends.

John Milius was and is a larger than life figure and this documentary explores his start in the industry when he attended film school in California with George Lucas and Francis Ford Coppola and venturing off into various projects while leaving his stamp of Badass on almost everything he touches. Speaking from a personal experience, I'll always remember him as the guy who directed Conan the Barbarian, Red Dawn and came up with the story for the insanely badass Extreme Prejudice. For me, Milius and Walter Hill were like Gods to me growing up as an 80's kid obsessed with action movies. So it's good to see the guy finally getting his due with this in-depth and thoroughly entertaining documentary on one of the unseen voices in Badass Cinema.

As much as I've always known about John Milius, I was amazed to learn about how much I didn't know about John Milius. Furthermore, his personal life is just freakin' nuts. Listening to him talk about his escapades or any of the Hollywood Big Wigs recounting a number of stories or encounters regarding the legendary John Milius is pure entertainment.

You can currently watch it streaming on Netflix Instant.