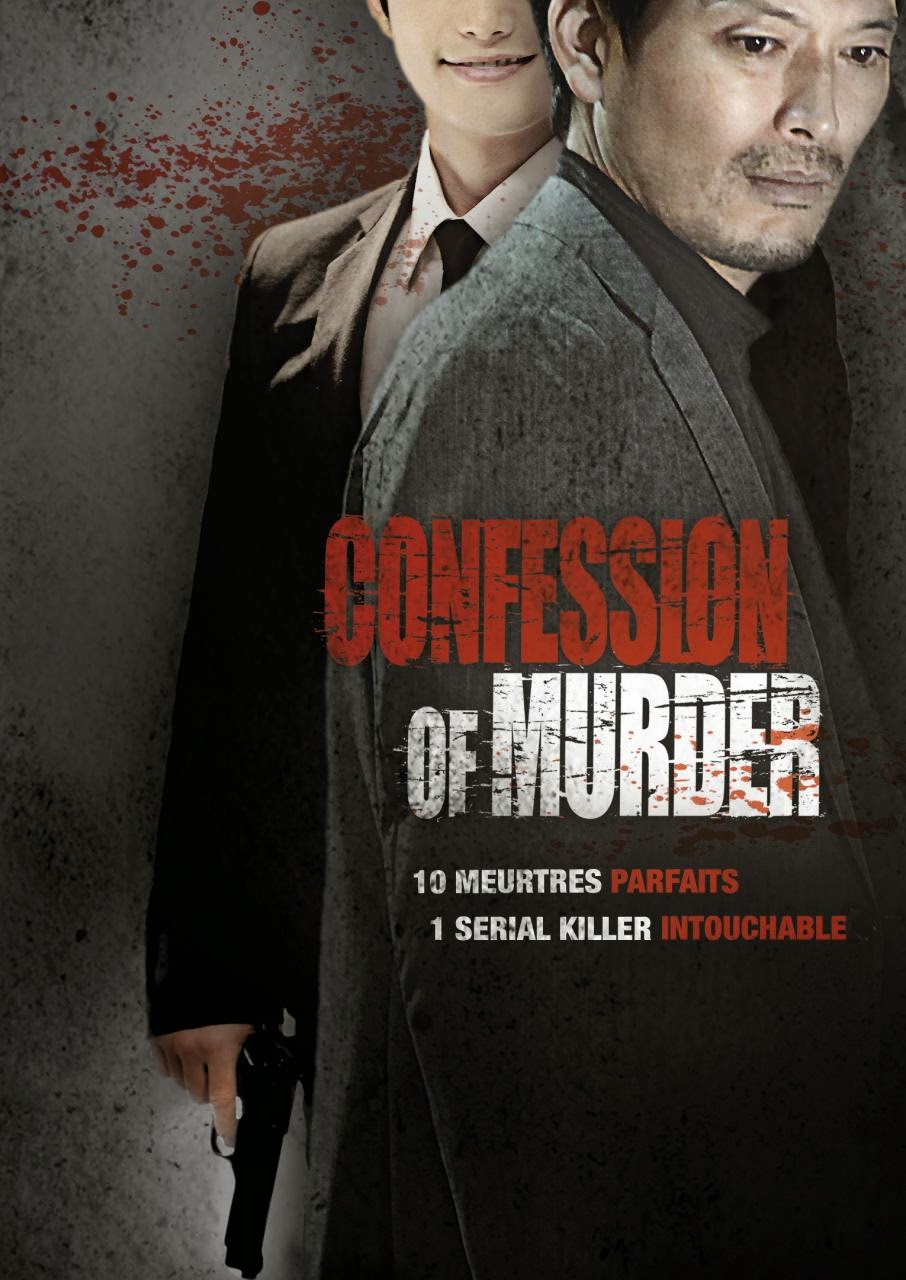 Here is a film that I've been reading about for the last month. For one reason or another, it's popped up on my radar on various forums, but always spoken with the highest regard. After having finally seen it, I can understand why. Korean thrillers are quickly becoming my new favorite genre, and if anything, Confession of Murder is another prime example of why.

The last little review I had read about it mentioned that "This is how action movies should be made from now on". So that was my first little indication that there was indeed some action; something I was unaware of from everything else I had read. Most others categorized it as a suspense thriller, or a cat-and-mouse chase. And all of these things are true. In fact, there is a  little bit of everything in this film, which makes it extremely hard to categorize. But I'll get into that in a bit.

Confession of Murder is a great film that starts with a bang. In fact, I wish more films were made this way. The way you're thrown into the story head-on this way kind of took me by surprise. It's intense, fast paced and deeply effective in it's execution. It's during this sequence that I understand the "This is how action movies should be made" comment. The way writer/director Byeong-gil-Jeong shoots and edits this opening sequence is nothing short of brilliant. In fact, as the action was unfolding, I kept commenting that I've never seen some of these specific shots used before. They were fucking awesome.

As the film progresses however, the film's structure and pace seem to jump all over the place, which is a little weird and takes some getting used to. While a thriller more than anything, the absurd action sequences, of which there are 2, and the sometimes goofy dialogue and tone from time to time make this a film that might not be for everyone. However, it's in the films third act where it recovers and is an excellent example of a Korean top-notch thriller. The surprise ending even threw me for a loop. It's the kind of ending that M. Night Shyamalan keeps trying to attempt but ends in disaster. It's one of those "punches you in the gut" twists that make you play the entire movie back in your head and makes things that didn't make sense before, finally make sense. 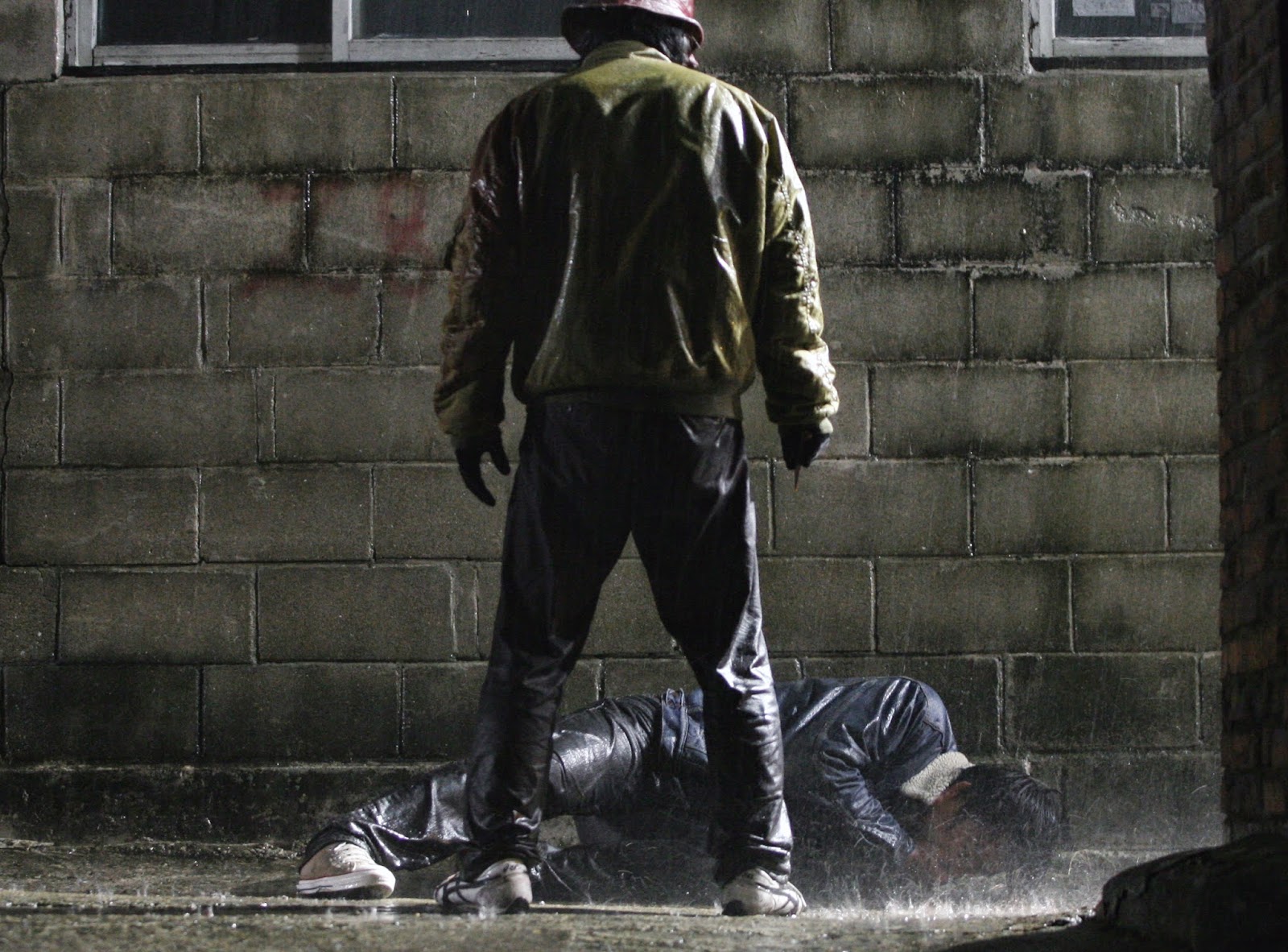 Speaking personally, I'm finding Korean thrillers to be the cream of the crop for me. I have yet to be let down by one. The Man From Nowhere and I Saw the Devil are 2 of the best films I've seen in years. While I don't think Confession of Murder is quite up to that caliber, it's very close. I think it's uneven tone is what ultimately hurts it's chances of becoming something stronger like the 2 films I mentioned above, because when the 2 action sequences hit, they're just so over-the-top absurd that you're like "am I watching the same movie?". And then when the serious tone takes over, it's a helluva taught and tightly constructed thriller. Better than any thriller you'll see in American cinemas this year anyway. I feel that had a more experienced filmmaker been behind the camera, this would have turned out more even tonally. Which brings me to a quick little blurb that surprised the shit out of me. This is the only movie Byeong-gil Jeong has ever written or directed. I just can't believe that. It's nuts when you take into consideration the impressive shots he's able to accomplish and some of the stunts he pulls off. Not to mention how badass it is overall, and to be able to end it with such a huge twist ending that's wholly original just surprises me to no end. This guy's talent is enormous. It just seems he needs time to refine his pacing skills.
Posted by robotGEEK at 3:00 PM