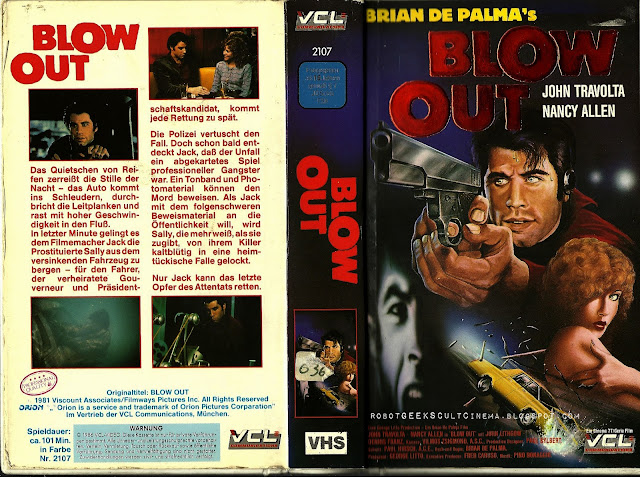 Snagged this beauty with some help from my good buddy and fellow filmgeek Ingo over at Hellford667 Movie Reviews. A cool cover, and so much better than the lame U.S. cover we've had to endure for decades. You know the one, the simple black and white image of John Travolta screaming? I've always hated that cover art and it says "nothing" about the film, which is a shame because I only recently saw this one myself for the first time back in December, and was floored by how amazing it was. Definitely one of director Brian De Palma's best films (helming this between Dressed to Kill and Scarface between 1980 and 1983) and so much better than I could have ever imagined. I think Criterion nailed it with there recent DVD and Blu-ray release, even right down to the cover art, which speaks volumes of the film as a whole.

You can check out my review for this incredible film from back in December here.
Posted by robotGEEK at 11:04 AM