Review: Friday the 13th: The Final Chapter AKA Part 4 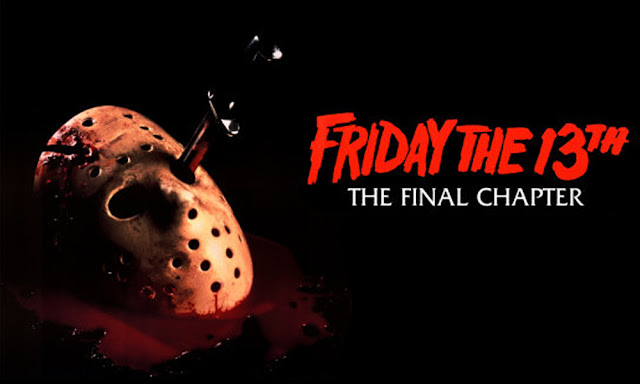 Friday the 13th: The Final Chapter aka Part 4, I've always considered my favorite of the series. I think because even as a kid watching these for the first time when they came out in the 80's, I always felt Part 4 was made so much better than the previous entries. I've never been a fan of director Steve Miner, who helmed 2 and 3, though I will admit he did a much better job with Part 3D mainly because of the 3D gimmickry he displayed. Overall it made for a much better experience. But it wasn't until director Joseph Zito took over the directing duties for this entry that I really took notice of how awesome a standard slasher flick could really be. I honestly didn't even really need to revisit it this time out because I've seen it so many times before, much more than any of the others, that I probably know it by heart. But for the sake of "keeping it real" and just to be able to move on to Part 5 (the only one I don't think I've ever seen from beginning to end), I thought I'd sit through it anyway.

After Jason is thought to have been killed by the sole survivor of the last massacre at Crystal Lake just 1 day before, he mysteriously comes back to life in the morgue and continues his bloody rampage of unsuspecting people at Crystal Lake. This time out a mother and her two children living alone in a cabin in the woods rent out there other next door property to a group of horny teenagers for a weekend of partying. One by one they are killed in gory fashion and it's not until Jason goes head to head with little Tommy and his big sister Trish that Jason might have finally met his match.

Not much of a synopsis because going into Part 4, the story hasn't changed. An unsuspecting group of teenagers arrive for a weekend of partying and sex only to be killed off one by one by an unstoppable Jason.
Of course, it's never explained how or why Jason suddenly comes back to life in the morgue after he was most certainly dead at the end of Part 3. So I guess now he'd be considered a zombie technically? Because he's gotta be full blown dead now from what I can tell. But without explanation as to how or why Jason can do what he does, Part 4 does possess a lot of things that make it work really well. Better pacing, better kills, more nudity, more blood and a better all around cast. 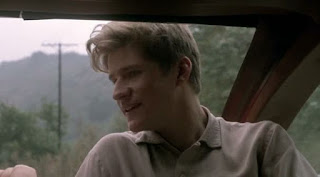 Besides having the talents of director Joseph Zito, who had just come off of the excellent early 80's slasher The Prowler, but before he moved onto Missing in Action, Invasion USA and ultimately the excellent Dolph Lundgren actioner Red Scorpion, The Final Chapter has so many other things going for it. Casting wise, it has one of the better ensemble casts in the series up to this point. The chicks are a little hotter, and the overall cast in general is pretty awesome. First and foremost, you have a very young Corey Feldman as Tommy, who's character shows up in a few later sequels. And you've also got a pre-Back to the Future Crispin Glover looking the most "normal" I've ever seen him. He's not sickly pale, sickly skinny or with a weird haircut. Here he plays kind of the nerd of the group of horny teens who has been labeled "dead fuck" throughout the film as a joke by his buddy Ted. It ends up being a nickname that sticks. And though he's pretty normal for most of the film, he demonstrates one of the most laughably horrible dances I've ever seen on film, just to keep that edge. I'm telling you, it was like a full body dry heave and it must be seen to be believed. There's also a very hot and frequently nude Judie Aronson who you'll remember as the brunette who ends up being Wyatt's girlfriend at the end of Weird Science.

One of the best things I love about The Final Chapter is the return of Tom Savini in the makeup effects department after being absent for Parts 2 and 3. It's not his best work, but it's far better than anything produced by the effects teams of both 2 and 3. Savini's stated in several interviews that he was excited to return to the series for this installment because after doing the effects work for the first one, he was told that The Final Chapter was supposed to be the very last and "final" one in the series and as he felt he gave birth to Jason in Part 1, he felt it only fitting to kill him off in glorious fashion in Part 4: The Final Chapter. Though it was intended to be the end of the series, that was not meant to be. There's simply too much money to be made off of endless sequels from a popular slasher franchise.

In my opinion, this is the best and most solid entry in the series up to this point. Part 3D definitely had it's moments, but once Part 4 came around I was sold. Solid director, solid cast and better kills make for an overall better experience.

For a recap of my reviews of the first three films in the series, check them out here:
http://robotgeekscultcinema.blogspot.com/2011/10/review-friday-13th-1980.html

http://robotgeekscultcinema.blogspot.com/2011/11/review-friday-13th-part-3.html
Posted by robotGEEK at 5:12 PM