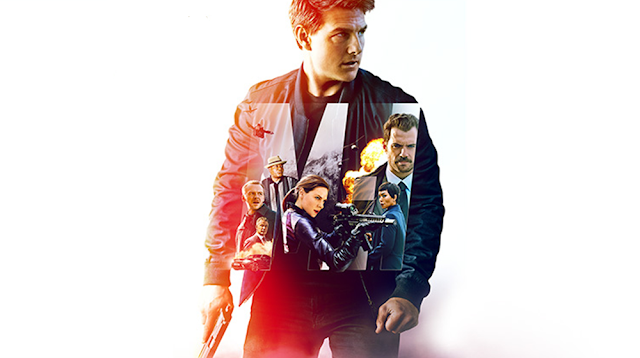 I'm not the biggest fan of this franchise. I enjoy them to a degree, but never really find myself actually running to the theater to see them. In fact, it took me nearly 20 years to finally get around to watching MI: 2 (which I loved by the way), but don't recall really loving any that followed. Rogue Nation and Ghost Protocol were alright, but didn't really grab me, which I guess would be the reason it took me until now to finally check out this latest offering, a whole 2 years later.

With that being said, holy shit this was awesome. I'm not going to say that I was able to follow everything 100% since I honestly don't remember a whole lot of what happened in the previous films, but that honestly doesn't matter. Because Fallout is a pretty self-contained story (with some obvious references and plots taken from a few of the earlier installments, yet integrated well enough that you can follow along) that's big on the action in a way I was not expecting.

The first thought I had when finishing this was just how fucking badass this was as a straight-up action film. I'm telling you, the action set pieces are nuts! And it's just nonstop too. A seemingly endless series of spectacular action set pieces that defy logic, as well as the laws of gravity, that ultimately make Ethan Hunt out to be a superhero. But who cares? It's awesome and if you're looking for a slick looking action/adventure film with insane stunts, then look no further.

I'm not going to get into the whole story, plot or anything like that, because I couldn't tell you if I tried. I was all about the action because that's literally what grabs you right from the beginning, and all I can tell you is to just go along for the ride, because it's an awesome one. Yea there's plenty of exposition, double crosses and intrigue, so you might enjoy or appreciate those elements more than I did, but in this case, it's the action that takes center stage and it's really impressive. 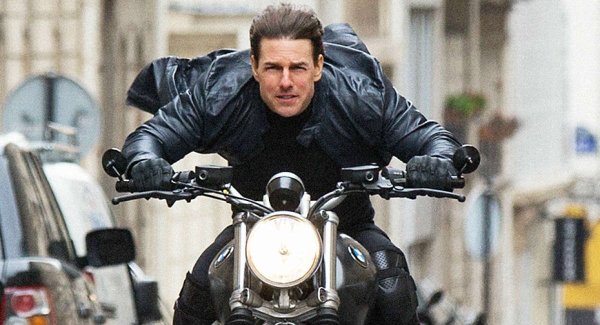 It's no surprise that writer/director Christopher McQuarrie has been tapped to helm the next 2 installments of the franchise based on his success here. He did a phenomenal job, which is all the more impressive considering he only had 3 directing credits to his name before this. But he's certainly written some classics for sure. The Usual Suspects, Jack Reacher, The Edge of Tomorrow, and the previous MI film Rogue Nation are all from him as screenwriter. I'm especially looking forward to his Top Gun sequel (as screenwriter) hitting soon.

Anyway, that's my two cents. For a film series I don't really care for all that much, this one kind of blew me away with its nonstop epic action sequences and it's convinced me to sit down and revisit them all in order someday instead of all spread out.

Fallout is currently streaming on Hulu Plus and Amazon Prime.
Posted by robotGEEK at 11:27 AM