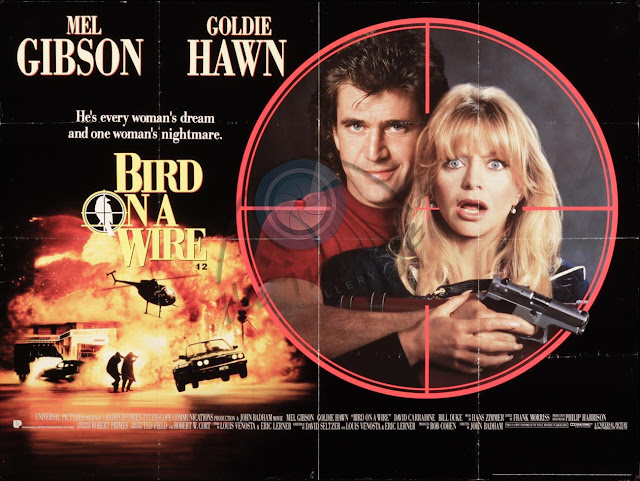 If Only All Action/Comedy's Were This Good

I've said it before, and I'll say it again; director John Badham just doesn't get the love and respect he deserves as a great director. And I'm guilty of that too. I was never a fan of his particular "style" of directing back when his films were hitting theaters in the 80's and 90's. I just didn't "get it". While I grew up on films of his like Wargames Short Circuit, for some reason I just couldn't get into his others that followed. Truth be told, I didn't give most of them a shot, so I realize now I was really missing out on some gems. Blue Thunder, The Hard Way, Point of No Return (a remake of La Femme Nikita), and Stakeout were all surprisingly great films that I kick myself for not ever giving a chance years earlier when I should have. But better late than never.

Sandwiched between his highly successful Stakeout (1987), and The Hard Way (1991), Bird on a Wire stars Mel Gibson fresh off the successes of Lethal Weapon 1 & 2, when he was a leading heartthrob once upon a time. That's crazy to think, isn't it? There was a time when Mel was a damn good looking guy, charming, funny and a leading man to so many great films. To look at the grumpy old man he's become today is a bit shocking. 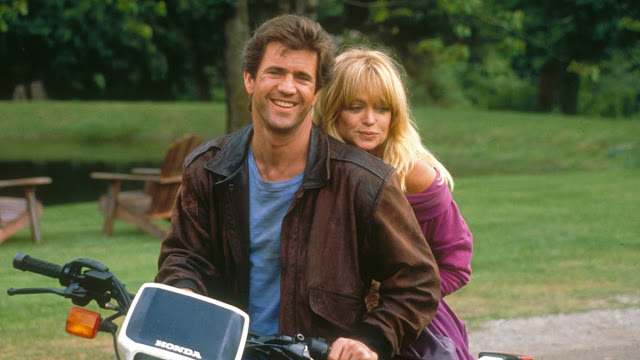 This would be Goldie's followup to her cult classic Overboard from a whole 3 years earlier, and while I found her incredibly annoying in this, I know it was just the way her character was written, because she really is so damn cute, even in this. I might also add that I don't recall another film where her amazing ass is featured more prominently than it is here. I mean, I've always admired it, because it is rather impressive, but there are a number of scenes that really remind you why it's so glorious. Thank you John Badham. Thank you.

As for the film itself, I can't help it. I loved the shit out of it. It was so much fun, mixing just the right amount of comedy with impressive and explosive action. The film hits all the right notes in the action/comedy genre, and I was pleasantly surprised to learn that it was co-written by none other than the screenwriter of one of my all-time favorite films on the planet, the Kung Fu epic The Last Dragon. 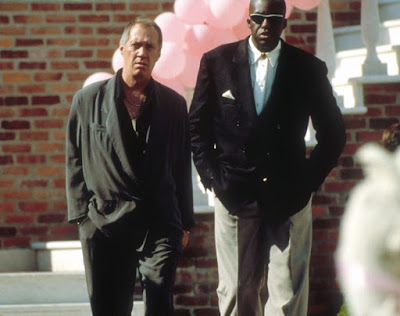 It also helps that we have legends such as David Carradine and Bill Duke playing the bad guys. While their characters really aren't given much depth, seeing them show up from time to time to shoot shit up and create chaos is really fun. Oh, and legendary hottie and B-Movie queen Joan Severance also shows up briefly, but memorably.

I really don't know why I never bothered to see this until now, other than I guess it just didn't seem all that appealing at the time. But boy was I wrong, because it was legitimately a blast from start to finish. Funny when it's supposed to be, and the action is big, loud and impressively done. Give this one a watch! Its a fun afternoon flick that reminds me why the 90's really was a great decade for film.
Posted by robotGEEK at 3:37 PM