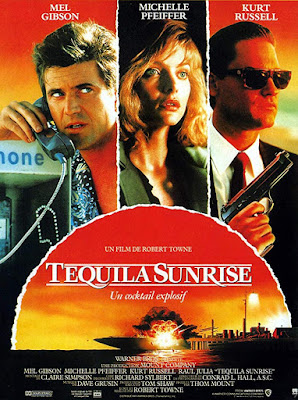 Few screenwriters have had the long-lasting career that Robert Towne has had. It's hard to believe, and almost unheard of, that he's been writing for film and television for over 60 years. And he's still working today! But they're not all homeruns though, because for every Chinatown, Mission Impossible and The Yakuza, there's a Days of Thunder and Mission Impossible 2 (personally, I love the shit out of MI: 2). Still, there's no denying his immense talent as a screenwriter when he's on fire, but a lot of people don't realize he also got behind the directors chair from time to time with a very brief directing career with only 4 films under his belt. And much like his screenwriting credits, it's a mixed bag of drama's, sports and thrillers. In fact, I think this film here is his only thriller and I'm here to tell you that it's a true under-the-radar gem within this genre. I say under-the-radar because while it was financially successful, it's not an overly popular film in the career's of anyone involved, which is really surprising to me because I happened to love it. I mean, nobody is going to immediately think of Tequila Sunrise when they're talking about Mel Gibson, Michelle Pfeiffer or Kurt Russell. But moving on.

Released in 1988, Gibson had just come off the massive success of Lethal Weapon, while Russell's previous films were the cult classics Big Trouble in Little China and Overboard. These guys were at the peak of their career's and teaming up with a legend such as Robert Towne seemed like a surefire homerun, and technically, it is. This film oozes style, substance and a clever, razorsharp script from a master of the genre. It's a classy crime thriller that takes it's time with exposition, leaving you guessing a lot of the time as to what these characters are really up to. And I'm talking about everyone, because nobody ever really comes across as who they're projecting to be. And that's something I really enjoyed about this. You never know who's on the up and up, or what anyone's real motive is. It keeps you guessing for the most part until it all starts to come together. 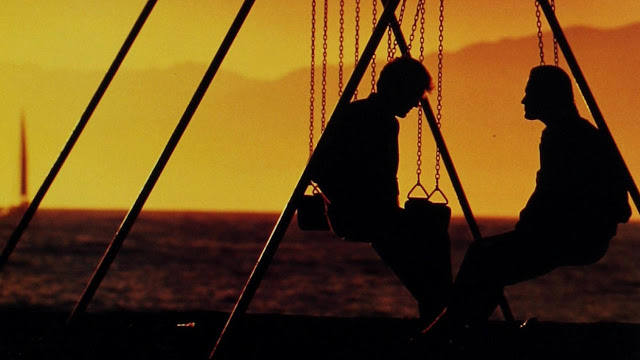 I want to also touch on just how beautiful this film looks. Conrad L. Hall's (Marathon Man, Butch Cassidy and the Sundance Kid) camerawork is just simply stunning. As the title implies, this takes place in California, L.A. to be exact, and we are treated to some truly breathtaking cinematography that takes full advantage of the L. A. sunsets.

Everyone brings their A-Game to the table. The acting across the board is impressive, with Raul Julia being especially great here. The tone can best be described as a combination of drama, crime thriller and romance as all 3 leads (Gibson, Russell and Pfeiffer) are intertwined in a steamy affair that complicates everything. While screenwriter and director Robert Towne had only directed one single film years before this, you'd never know it as it's all handled like a seasoned pro. And there's no surprise that the L.A. scenery, via 1988, plays a huge role in this. It's almost as if it's it's own character, and both Hall's brilliant camerawork and Towne's confident direction capture it flawlessly. 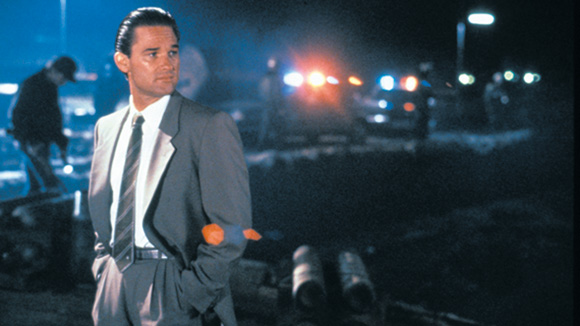 Tequila Sunrise is a film that deserves more love. It's a sexy crime thriller with that oozes both style and substance similarly to great results. If there was anything worth complaining about, I could see how some might feel it drags on a bit too long, but I personally enjoyed its nearly 2 hour runtime. I was entertained and engrossed the entire time.

How to see it:
Easily available on every format including Blu-Ray, I chose to rent it on Amazon Prime for a few bucks before I spent the funds to grab it on physical media. Trust me, you'll want to grab this on Blu-Ray above all else so you can enjoy it's gorgeous imagery to full effect. 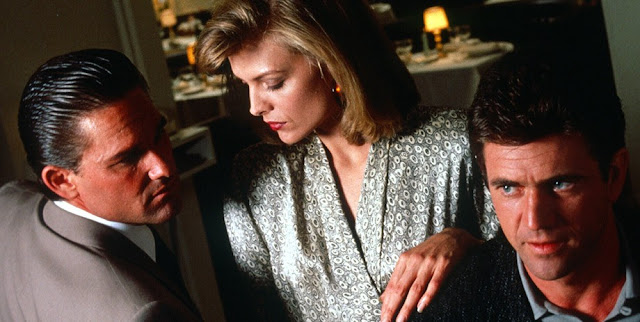 Posted by robotGEEK at 2:15 PM