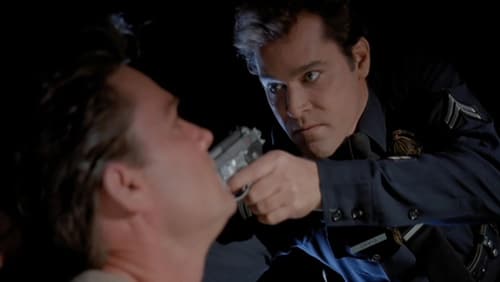 A Perfect Thriller in Every Sense of the Word

Unlawful Entry is the perfect example of why I love 90's thrillers the way I do. Released in 1992, it deliveries everything you could possibly want in a solid thriller, only it does it in such a perfectly structured way that I couldn't possibly think of a single thing to complain about.

After a scary break-in by an intruder who puts a knife to Karen's (Madeleine Stowe) throat, she and her husband (Kurt Russell) befriend the police officer who responds to their call. Soon officer Pete Davis (Ray Liotta) begins helping out a little too much and it soon becomes clear that not only is he unstable, but he has his sights set on Karen.

By offering up just the right amount of tension, suspense and thrills, together with some impressive editing and superb direction by Jonathan Kaplan (The Accused), Unlawful Entry succeeds in a way that so many other thrillers fail. Let's not forget, the early 90's were ripe with suspense/thrillers, so there was no shortage of them during this time. Not only does it give you a compelling story, but it creates a situation that could very easily happen to any of us, and gets you to wonder just how exactly would you react under the same circumstances. 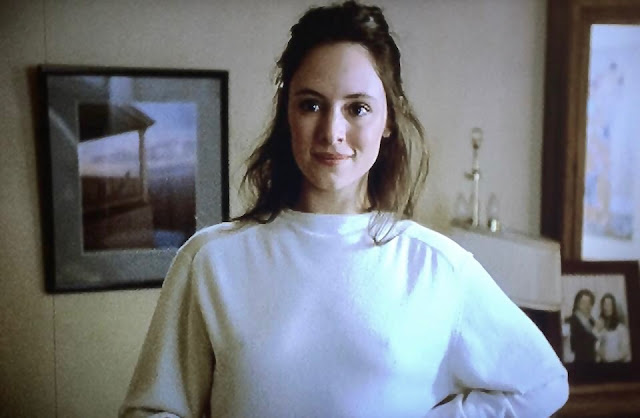 If there was anything I took away from this film, it's that Madeleine Stowe is a goddess. Sure the film is just fantastic, but if you've never seen Tony Scott's Revenge (1990), and needed a reason to fall in love with her, then this film will do it. My gawd what a sight she is in here, and she should be, because she's the catalyst for everything that follows in the film.

And then there's Ray Liotta. By now he's known more for his intensity than anything. I mean, it's crazy (and scary) how intimidating he can be with something as simple as a Chantix commercial. But I swear, he could reach through the tv screen and literally kill you with his gaze, and that's what makes him so fun as a villain. Sure he's proven himself a great, and incredibly hard-working actor in everything from action classics, dramas, thrillers, comedies and family films, but he'll most certainly be most remembered as being so great as a villain and nobody does crazy like he does here.

I had picked up an old VHS tape of this years ago and it sat on my shelf for so long I had just forgotten about it. I did the smart thing and finally moved it over to my "watch pile" next to my tv so that I would remember to throw it on someday. Now that I finally have, I can kick myself for waiting so long because this was just such an absolute treat from beginning to end and I think it's time I add this to the collection upgraded. No Blu Ray that I know of, so it will have to be DVD for the time being. 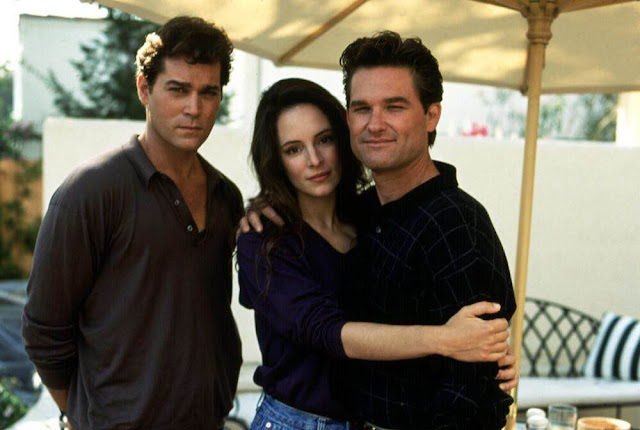