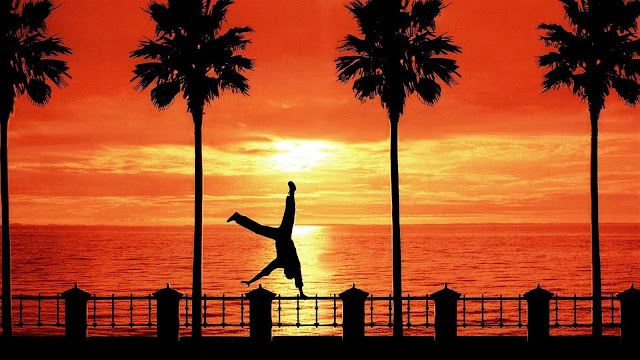 Wow. Just.....wow. Those were my exact words immediately following the "experience" that is L.A. Story, a film written by the brilliant Steve Martin and directed by Mick Jackson (Volcano, Threads, The Bodyguard). When this was first released way back in 1991, I remember it well, but also remember ignoring it because it looked like a romantic comedy. And at its core, it is. But it's also so much more, which I'll get into shortly. But at the time I was all about horror and action and while I enjoyed Steve Martin comedies up until that point like Three Amigos!, Roxanne, and his brilliant role in Little Shop of Horrors, I avoided this one. Boy what a mistake that was.

L.A. Story, at it's core, is a romantic comedy. But it's so much more than that. It's an over-the-top surreal look at what life was like in L.A. in the late 80's and early 90's, and that in itself is worthy of it's own subject matter. But here, Martin brilliantly blends this with a story about a newly single local weather man who meets the love of his life (Victoria Tennant) through a chance encounter, while also newly dating a much younger free-spirited woman (Sarah Jessica Parker) as a way to move on from his recent breakup, but also because, as he puts it, he's a man. So you're getting so much in such a short amount of time and personally, I found it exhaustingly brilliant. Every single second is ripe with clever visual references that add layers of genius to an already hilarious, touching and romantic script. 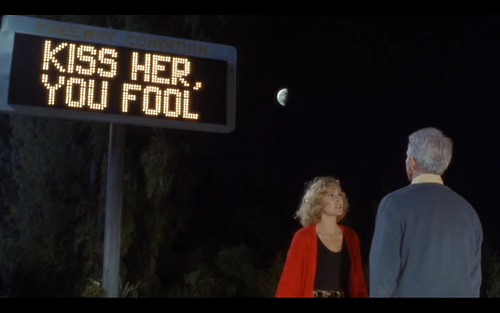 I think part of the reason that maybe I, and countless others, probably avoided this was because it was marketed as a pretty basic rom/com, but it's so much more than that, which is something that the trailers never touched on. Probably because it's so unique and they were attempting to market it to the most broad audience possible (I can only imagine what people thought when they did go see it at the theater and instead were treated to a surreal look into life in L.A. via 1991). But in the marketing, they left out some of the most important elements of L.A. Story that make it so unique and just completely special and unforgettable. It's whimsical, magical, surreal, clever and most importantly, it's hilarious from start to finish. And not just with it's broad comedy, but in it's visual ques embedded throughout the entire film, which I found flat out brilliant. You really have to pay attention to so much of what's going on in the background or right in front of you.

I've always loved Mick Jackson as a director and I think choosing him, an outsider since he's from England, to direct a film about L.A. was an inspired move. He adds so much to the film that I think nobody else would have been able to, and certainly more than anyone who's actually from Los Angeles, CA. I've always felt him to be an underrated filmmaker, even though he's made memorable films like the dark, bleak and unforgettable cult classic Threads (1984), the better-than-it-should-have-been disaster film Volcano (1997), and the Whitney Houston/Kevin Costner thriller The Bodyguard (1992), he is rarely ever mentioned by name or reputation, and it's a shame because he's a damn fine filmmaker, and I can easily throw this in with his best. 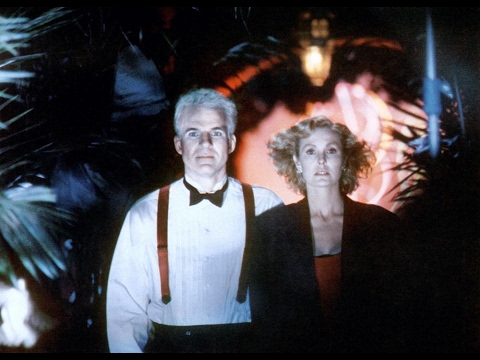 L.A. Story is not for everyone, and I can see how some might be turned off by it's more surreal qualities, but I find them all quite whimsical and magical in nature, and I hope you do too. Above all else though, it's quite hilarious and inventive with everyone turning in great performances, Jackson's impeccable direction and the film keeping an even tone throughout, never swaying too far into serious territory. It's always funny and it's always entertaining.
Posted by robotGEEK at 9:14 AM