I Finally Watched 'Teenage Mutant Ninja Turtles 2: The Secret of the Ooze' 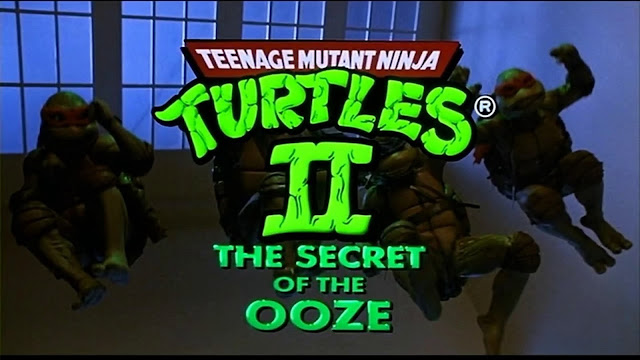 As many times as I've seen the original first film, somehow I never got around to actually finishing this one. And I have no idea how or why. I know I've seen scenes here and there, but never the entire film from start to finish. And that's taking into consideration the fact that I easily saw the first film at the theater at least 6 times. No joke. I loved the shit out of that film and me being 14 years old in 1990 when it hit, I was the prime age and target for that film. Still, the fact that I never bothered to actually watch either of the 2 sequels still blows my mind.

One Saturday night I decided to fix that thanks to Amazon Prime and I gotta tell you, while I did go in with some reservations because we all know how sequels can be for the most part, I loved this one. In fact, I loved it just as much as I love the first one and that's saying a lot! 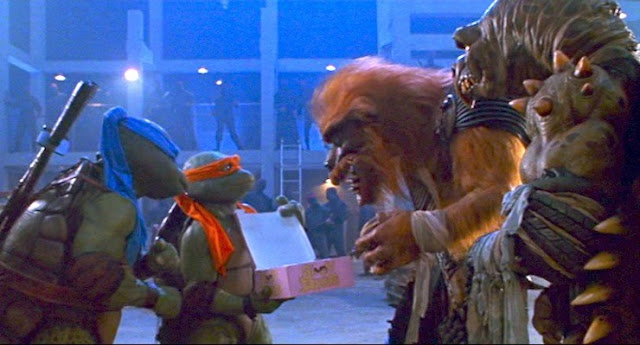 Released less than a year after the original (mega Hong Kong producer Raymond Chow was worried that the demand for more TMNT films would quickly diminish), they replaced original TMNT director Steve Barron (Electric Dreams, The Coneheads) with TV director Michael Pressman, who's only other notable gig was the 1983 Dan Aykroyd comedy Doctor Detroit.

Another noticeable change this time around is that this is a lot more family friendly, no doubt due to parents complaining about the excessive violence in the fist one, yet it doesn't lose any of it's impact and in no way affects the fact that just like the first film, it's dark, gritty and bleak. And that's one thing I love about this. That even though they switched directors, Pressman was still able to give the film the exact same gritty quality that Barron was able to produce the first time out. It's really only noticeable in the sense that when they fight, they barely ever use their weapons, and a fight usually consists of knocking out a foot clan soldier with a single punch or kick, rarely ever busing out their weapons to do so. But there are so many fights that you hardly even notice. Seriously, TMNT 2 is chock full of action at almost every turn and it's awesome.

Other notable changes include Corey Feldman not returning to voice Donatello, April O'Neil being recast (I think this one's a much better fit), and Ernie Reyes, Jr. who played one of the turtles in the suit in the first film is featured as a regular actor this time around, though he doesn't really seem to offer much in terms of plot. 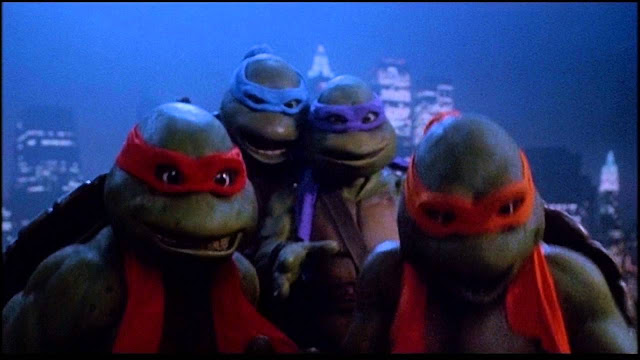 Instead of using the most recognizable oversized characters as villains, they instead decided to create 2 new ones that for the most part, work well enough. I still love that it's all done practically, so in that regard, it's refreshing to see. One of the coolest sequences involves them destroying a city block in the middle of the night. Speaking of villains, despite his ultimate demise in the first film, Shredder returns, still looking as cool as ever. He even becomes "supersized" Shredder in the end, but as badass as he looks in that short sequence, it's sadly fleeting because it's so brief and he doesn't even do anything other than......well you get the idea.

All in all TMNT was so much better than I anticipated and I can't believe it took me so long to finally get to it. It was a blast. I can imagine I would have watched this repeatedly like I did the first film. Oh well. Even today as a 43 year old man, I loved the shit out of it and it's quite shockingly, just as good as the first one. To me anyway. Now on to Part 3, which will also be a first time watch.
Posted by robotGEEK at 1:29 PM