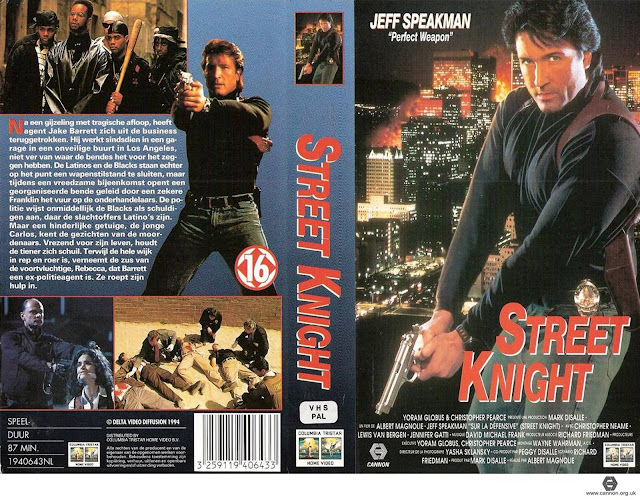 From the director of Purple Rain comes this Jeff Speakman follow up to his highly impressive debut The Perfect Weapon (1991). That might sound like a strange matchup, but after being thoroughly impressed with Albert Magnoli's slick direction in this, I decided to do some digging and discovered he actually came in and finished Tango & Cash when the original director was fired. While Magnoli ultimately didn't receive a director or co-director's credit for his work on that, his stamp is all over that classic film, especially if you've seen Street Knight. He's a far better action director that anyone gives him credit for and it's a damn shame he didn't stick to that genre. But back to Street Knight.

While these films are typically right up my alley, I never took the time to actually watch this, even though I am a huge fan of The Perfect Weapon. My good movie buddy The Cinema Drunkie did an impressive write-up on this recently and it was just the motivation I needed to finally check it out. I was sad to learn that it never got an official DVD release here in the states, having only been released on VHS and Laserdisc. Since they're both roughly going for the same dollar amount these days, I opted to go with the LD and the result was one of the best 90's martial arts/action films I've seen in ages. Seriously, this film kicks ass and when you take into account that it's an impressively looking film, one that could have easily rivaled any big budget action film at the local theater at that time, then you have to wonder why it never got the recognition it deserved. Part of it could be Cannon's demise, and since this was their last release, maybe they just didn't have the money to push and promote it? I can't say for sure. 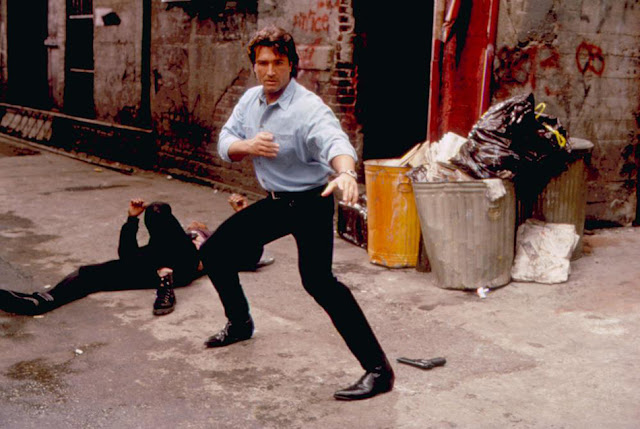 Speakman plays a retired cop who gets sucked into a local gang war after he agrees to help the sister of a gang member who's gone missing after witnessing a murder at the hands of a crime lord (Christopher Neame) who's pitting 2 rival gangs against each other so he can create chaos on the streets. By doing this, he hopes to become the ultimate crime lord of an ungovernable city.

I've always thought Speakman was a much better actor than others in this genre, like say Seagal and Van Damme. He's also got some charisma, so it's surprising to me that he never achieved the level of breakout success that his counterparts achieved. There have been some rumblings online about his behavior as a human being in general behind the scenes, but shit, Seagal and JCVD are no angels either.

One of the more surprising elements of this film is that the acting is pretty ace across the board. While no one is going to win an Oscar here, for a film like this, it's much better than you expect, and I think that is a testament to Magnoli's solid work as a director. The main villain here is played by the always reliable bad guy Christopher Neame (Hellbound), who chews up the scenery effortlessly, making for a fun villain. The action scenes are exceptional, if a bit too infrequent for my taste. But they are highly impressive when they do show up. 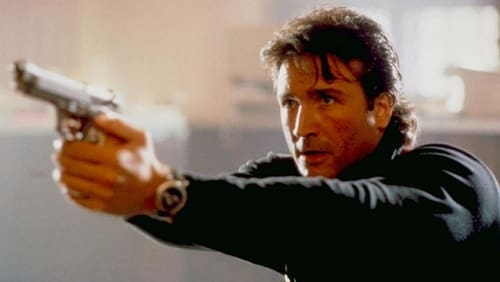 Overall it's a great entry in the 90's Martial Arts/Action genre and one that definitely needs more love and attention. The fights and action sequences are great, and Christopher Neame is always a splendidly hammy villain. It's a travesty that this doesn't even have a DVD release, and the only way to see it is in full frame. Albert Magnoli's visuals demand widescreen, so hopefully someone like MVD might snag the rights to this classic. In the meantime, VHS and Laserdisc are our only options here in the U.S., unless someone's uploaded it to YouTube.
Posted by robotGEEK at 12:26 PM