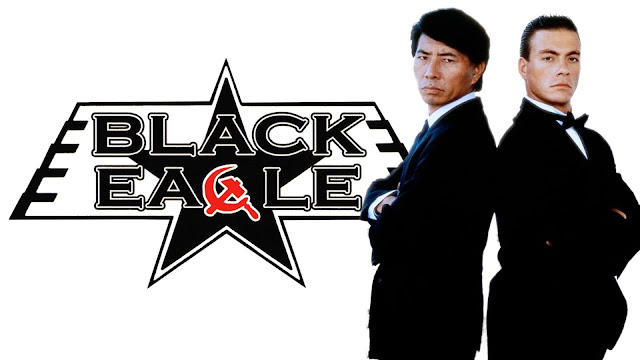 Sometime last year I went on this huge Sho Kosugi kick. Being 43 years old now, I was but a pre-teen when he was known as the ultimate ninja in a string of ninja flicks in the 80's during the huge ninja craze at that time. I don't think I actually watched any of his flicks back then (I was big into Bruce Lee and Jackie Chan), but a recent review of Pray For Death by my good bud The Cinema Drunkie convinced me to finally check out that particular film and holy shit, I loved, loved, loved that one. In fact, after diving into a bunch of random ninja flicks, including Sho's Pray for Death, Revenge of the Ninja, Ninja III and Rage of Honor, I came to the conclusion that Pray for Death, despite it's amateurish sensibilities and cheesiness, is quite frankly the ultimate ninja film ever made, plain and simple. Revenge of the Ninja almost ties it for that spot for me, but Pray for Death just barely edges it out. 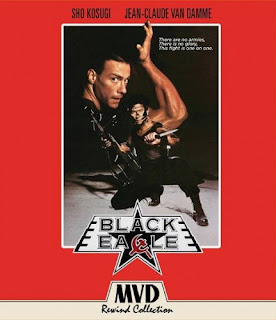 But somehow I hadn't gotten to this one until now, and really only because the excellent company MVD released this on Blu with some fun extras to dig into. So I figured what better time to finally check out one of Sho's 80's classics? t also helps that it was a Van Damme flick I hadn't actually seen yet, which I'm still discovering even though I've been a die hard fan of his since I was a teenager when he first hit it big.

For all intents and purposes, Black Eagle is a competently made film, but one that is shockingly bland with virtually zero excitement. Directed by Eric Karson (The Octagon, Angel Town), this film can best be described as an espionage thriller with very little fighting and action. It might have been an attempt to transition Sho Kosugi from the ninja persona that made him famous all over the world to a more legitimate actor, which ultimately didn't turn out so well. And that's actually something he's stated several times in recent interviews when asked why he stopped making ninja movies, but even he can admit today that he's not an actor. He's a martial artist first and foremost and expresses regret having left the ninja genre. And that's something painfully evident here. While he will always be a badass in my eyes, no matter what he's in, it's incredibly hard to make out most of what he says, and the fact that this release doesn't offer subtitles makes it even harder to understand anything he's saying.

Van Damme fairs much better here. He doesn't talk a lot (which is good because his English really isn't that much better than Sho's here), which helps a lot in that it ultimately makes him much more menacing. And that's something he does incredibly well here. While Sho is technically a few inches taller, JCVD comes across the bigger and tougher guy here, no doubt due to his impressively confident gaze. Seriously. He barely utters a word but speaks so much with his eyes, body language and stare, and it elevates his character to something more than simply a bodyguard, which is kind of all he is in here, despite the fact that he's billed alongside Kosugi on the cover and marketing materials. The fact that he's not even the main villain and maybe appears onscreen for about a quarter of the film says a lot about his onscreen presence and the fact that the filmmakers saw something special in him that they felt the need to throw him all over the cover. 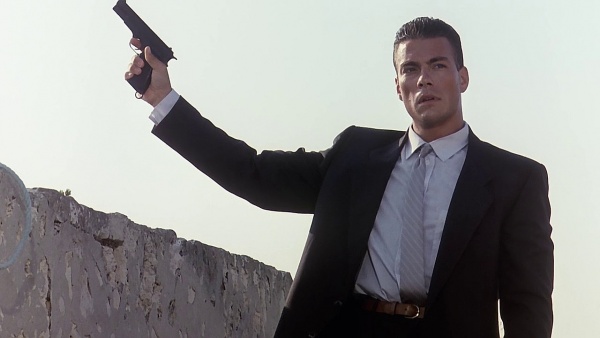 Black Eagle is a film that marked the end of Sho Kosugi's theatrical career, while simultaneously marking the beginning of JCVD's as a legitimate action star. Bloodsport, his breakout role, hadn't come out yet. Van Damme's character wasn't even written in the original script. His character and scenes were added in after the fact, which also says a lot about how much he impressed the producers. The film is okay. It never quite reaches the level of awesome it so desperately could. The espionage elements become tedious more than anything, and there's never enough action to satisfy fans of both Sho Kosugi and JCVD. I'm glad I finally saw it though, but I probably won't have a need to ever revisit it again. I'd have to say the best thing about this movie, or this release to be exact, is the extra's where we get new interviews with most of the principal players, including Sho Kosugi himself, who give insight into their experiences making this film. I have to say, it's almost worth purchasing just for those new interviews where they all unanimously discuss what it was like working with a then unknown JCVD, who walked and talked a big game, often acting like he was the star of the film. Good stuff!
Posted by robotGEEK at 2:09 PM