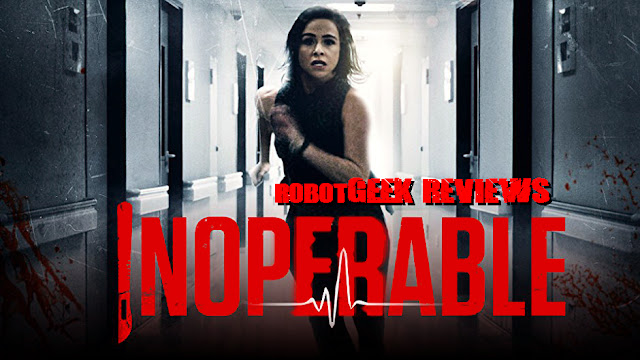 Scream Queen Danielle Harris stars in this horror/thriller about a woman who wakes up in an evacuated hospital on the heels of a fast approaching hurricane, only to discover she's stuck in a time loop and must figure out why it's happening and how she can escape. With the help of a security guard and a party girl, they plan their escape from the forces that might keep them trapped in this hospital forever.

Writer/Director/Producer Christopher Lawrence Chapman delivers a surprisingly competent film that offers ample amount of visual eye candy and strong performances from it's small cast. And while the idea isn't all that original, the execution is pretty solid for the most part. And if there's anything that stands out about this film in general, it's the strong performances, even from the minor roles, and it's really impressive score that makes it seem like a bigger movie than it actually is. 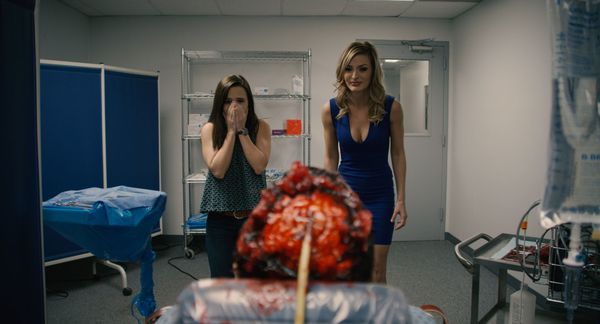 Danielle Harris is great as always, and truly earns the title of Scream Queen. I recently revisited Halloween 4, where she was but a mere 11 years old, and even then, you can see her undeniable talent as an actress. In fact, I'd have to say she was the best part of that film and she's continually proven to be one of the best actresses in the horror genre. Her work here is another solid example of that.

Inoperable is engaging enough to keep you invested, with the gore being handled impressively well. And really, what's a horror film without decent gore? Thankfully the f/x department here do an outstanding job. I enjoyed it and didn't see the twist ending coming at all, which was a nice surprise. Christoper Lawrence Chapman surprised me at nearly every turn with his solid direction and camerawork. His slick direction was only momentarily marred from time to time with some less than stellar "made-for-tv / low-budget" camerawork, which is a shame because for the most part, he did a far better job than you'd expect.

The score also needs to be mentioned because quite frankly, I was surprised at how good it was. Composer Jonathan Price hasn't really done anything big, but you'd never know it by the score he's provided here. There were moments where it was so good that it almost felt out of place, considering the budget of the film. Yet at the same time, it works so well it makes the film better and stronger.

While I didn't love it, I did enjoy it and can appreciate the fact that a lot of hard work and love went into it. Danielle Harris was on fire, and Chapman's slick direction was a definite added bonus and nice surprise for a production this small.

Just The Disc:
The transfer is pretty great, with the sharpness bringing out the details of Chapman's direction and strong color palate. The extra's include a commentary by writer/producer/director Christopher Lawrence Chapman, writer/producer Jeff Miller, actors Jeff Denton and Katie Keene as well as trailers.

Inoperable was released by Cinedigm this past February and is available at any number of online retailers.
Posted by robotGEEK at 11:57 AM