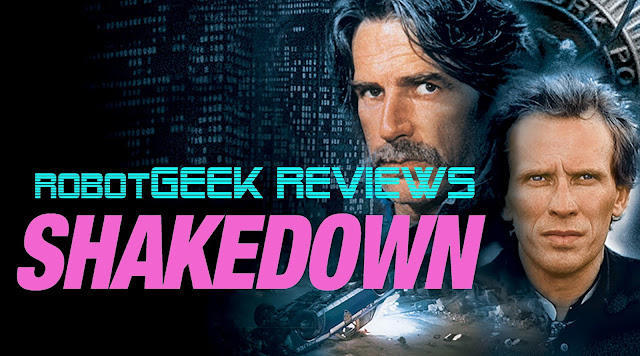 80's Action/Thrillers just don't get any better than this

Let me just start off by saying that I am an idiot. I'm an idiot because I waited so long to finally watch this film. I'm an idiot because despite the fact that it starred 2 actors I greatly admire, released in a decade that I worship, and in a genre I love to death. So why did I stay away for so long? I honestly have no idea. It may be because I knew it was directed by James Glickenhaus, and knowing he also did The Exterminator, I might not have been so keen on checking it out because despite the fact that The Exterminator is a huge cult classic, I didn't much care for it. I know I'm in the minority with that one, so don't kill me. I should revisit it, just to be sure. But in regards to Shakedown, all I can say is what a fool I've been.

Released in 1988, a year after Weller made cinematic history in Robocop, Shakedown tells the tale of a hotshot lawyer (Peter Weller), who's on his way out of the law game and ready to transition into banking when he teams up with an undercover cop (Sam Elliott) on a case involving the murder of a rogue cop that could potentially open the door on police corruption within the department. Once the department learns of his investigation, they will stop at nothing to protect their own. 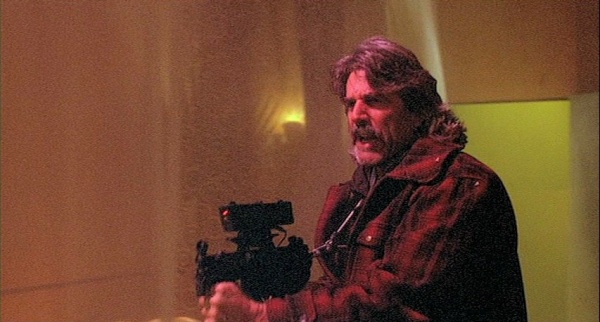 Shakedown is quite frankly one of the best action/thriller's ever made, not only within the 80's, but any decade. It has everything I could have hoped for and more, resulting in a film experience that not only met my expectations, but defied and exceeded them at every turn. While there's nothing truly remarkable about this film, it's in it's solid structure, tight editing, it's very retro cool 80's vibe, some killer action set pieces and strong performances by not only the two main leads, but everyone involved that make this one a standout. You'll even spot a few notable faces littered throughout who've gone onto bigger and better things.

My initial reservations about Glickenhaus being in the directors chair were quickly laid to rest within just a few short minutes because it seems he's grown considerably as a director, and with a much higher budget than usual to work with having been backed by Universal this time around, it's all laid out on the screen in glorious 80's neon drenched colors, with a very slight gritty feel to it all. It seems a higher budget works wonders with Glickenhaus' creativity and the film looks fantastic. The film oozes style out of every single frame, even in the seedy moments as our hero's meander through the seedy underbelly of New York City via 1987 (the year it was shot). Which brings me to an amusing moment in the film where Dalton (Weller) and Marks (Elliott) are both walking out of a theater on the legendary 42nd street in NYC, where you can see a number of films listed on the marquee's as they walk along the sidewalk. Some are just shameless self-promotion of Glickenhaus' prior films like The Exterminator and The Soldier, while others are certified classics like A Nightmare on Elm St. 3: Dream Warriors and The Hidden, giving you a clear idea of when this was filmed on the streets of New York. 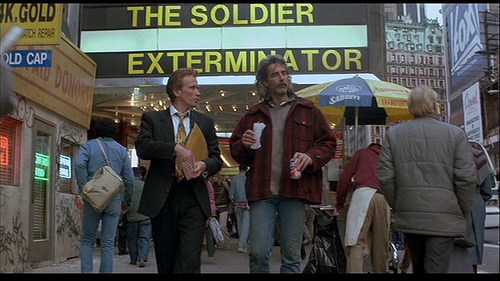 I honestly couldn't have enjoyed this anymore than I did. It was exactly the experience I'm always hoping for when I dig into these, and seldom enjoy because more often than not, they're just not very good. Shakedown was different though. Weller, hot off the massive success of Robocop, and Elliott, on the heels of the shockingly underrated and badass Fatal Beauty, and right before heading into another classic with Road House the following year, both deliver powerhouse performances that seem tailor made for them. Weller would follow this up with the excellent big budget B-Flick Leviathan the following year. Needless to say, these two were on a roll delivering solid classics, one after the other around this time.

This excellent action/thriller delivers the goods in healthy doses, never staying too long in the action or thriller department, or even the minor subplot involving Weller's Dalton having an affair on his fiance with an old girlfriend who's now a district attorney, giving ample time for each while building strong character development. Of course no action/thriller would be complete without a killer ending, and boy does this one deliver. Let's just say it involves a plane and is fucking spectacular and sure to blow your mind.

If anything Shakedown has proved that I might have judged writer/director James Glickenhaus a bit too harshly before, and if this film is any indication, I need to track down some of his other films (he's only directed a total of 8) immediately. 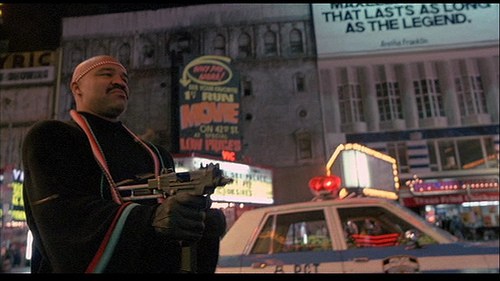 How to see it:
Released on every format to date, you can pick up the DVD pretty cheap. However, your best bet is grabbing the new Shout! Select Blu Ray because it's that visual of a film experience and you'll want to see it in glorious HD. Trust me.

Posted by robotGEEK at 3:42 PM