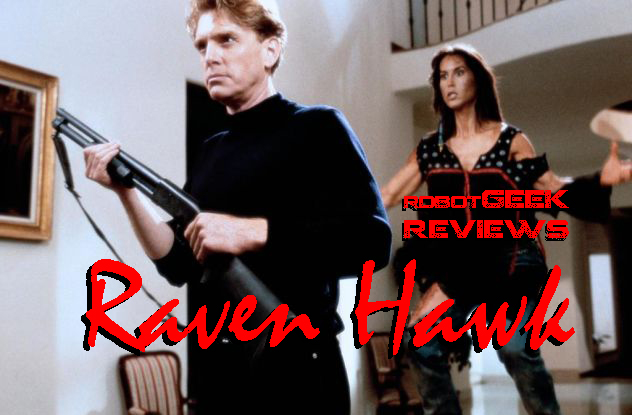 2-Time Ms. Olympia winner Rachel McLish and legendary cult filmmaker Albert Pyun team up for a Native American revenge tale that surprises as much as it plays it safe

Legendary cult film filmmaker Albert Pyun, ever the prolific director, made a whopping 5 films in 1996, Adrenalin: Fear the Rush, Nemesis 3, Nemesis 4, Omega Doom and Raven Hawk. Starring former bodybuilding champion and the very first Ms. Olympia winner Rachel McLish, Raven Hawk tells the story of a Native American girl who was framed for her parents murders, who as an adult after years in a mental hospital, escapes and seeks revenge on those responsible. 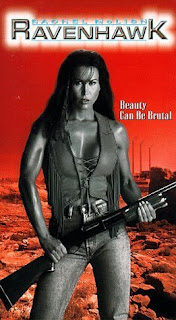 Raven Hawk is such a unique experience for a number of reasons. Two-time Ms. Olympia (retired from competition in 1984) Rachel McLish only appeared in 3 films in her entire career, marking this film as her last. Before this, her only other big role was in Aces: Iron Eagle III 4 years earlier in 1994. She's virtually dropped out of the public eye since, only appearing in a handful of interviews throughout the years, but still looking incredible. While Raven Hawk doesn't give her the opportunity to really flex any of her acting chops, her physical presence more than makes up for that in this. Each moment she's on screen, you see her stone-chiseled physique in all it's glory and Albert Pyun does a great job showcasing her finest assets; her figure.

Doing some research, I learned a few things - like the fact that there's virtually no information online about this film at all (or very little at least), and that McLish has pretty much disappeared from the spotlight completely ever since she made this. It's also a surprisingly difficult film to find in any physical form here in the states. As far as I'm aware, it's only ever received a VHS release and nothing else, making that VHS insanely rare and incredibly hard to come by. Of all the films Albert Pyun has directed, with a whole bunch of them being hard to come by anyway, this one easily stands at the top of that list of hard to find Albert Pyun classics. I'm sure the question you're wondering is whether it's worth the effort? Let's dig in.

In my humble opinion, I would say yes. While not one of Albert's best films, it's got enough of the specific Albert Pyun magic to warrant at least a single viewing. It's a bit frustrating at the same time because while it has some things that I do like about it, it's also painfully obvious that his hands were tied (pretty common with a lot of his films) and his true original vision is not what ended up on the screen. He also seems to have taken a different approach to this one by shooting most of the film in closeups, something that was hard not to notice. It also feels a bit safe, meaning it's not nearly as violent as most of his other films. Most of it happens either off-camera, and even then, it never goes as far as you expect or hope it to. 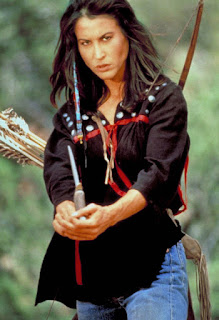 Reading up on this film I discovered that some of the criticisms come from McLish being pretty stone-faced during the entire film, resulting in a less than stellar performance. And while it's true that she has very little dialogue to deliver, I would have to disagree with that critique because she's able to convey enough emotion through her body language and facial expressions to get her point across. I don't think she's a bad actress at all; she just didn't really have a lot to work with. And keep in mind, McLish was pushing 42 when she made this, and could easily pass for her 20's. Not to mention she just looked incredible, with a tougher body than any male in this film.

Yet, despite these little issues, I thoroughly enjoyed this Native American revenge tale. I think the two biggest things it has going for it is it's impressive supporting cast and Pyun's solid direction, even if it's a bit jarring at times with the extreme closeups. At the same time, there are purely classic Pyun moments visually. He's always been one of those rare directors who can pull off quite an impressive shot under the most normal circumstances, and his work here does not disappoint. A shot of McLish standing in a doorway backlit by the sunlight giving her a strong silouhette, and a sequence in and around a rocky cave are impressively well done. 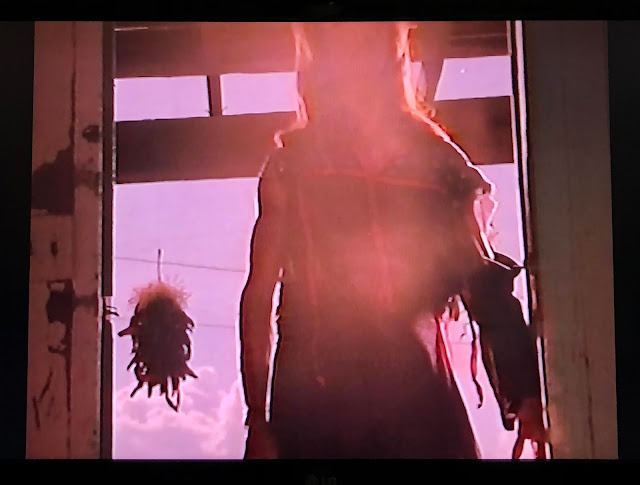 All in all Raven Hawk was a decent flick. While it doesn't really give Rachel McLish much of a range to work with, she certainly comes off as a true badass. Sadly, this was her only starring film and her last role in a feature length production. Regardless, she leaves a strong impression and it's a shame she didn't continue making more.

The killer cast of regular bad guys was a hoot (Horace Pinker!) and despite an uneven tone, Pyun gives the film enough of his special flavor to register as an Albert Pyun film. I reached out to Albert regarding his memories of making this film because surprisingly, there is zero information available about it online. Albert was extremely kind enough to respond with some insight:

Albert Pyun: "Ravenhawk was a film taken away from me during editing. The producer and I didn't see eye to eye. Rachel was a dream to work with. Professional, kind and totally committed. I thought she gave a much more nuance than what appears in the released version. But Ron wanted more of a female Rambo so many of the subtleties of her performance we're lost as well as many of the beats I envisioned for the whole film. I had a much more mystical film where there was some question if Rachel may have died in the crash etc. Sadly, no one will see that." 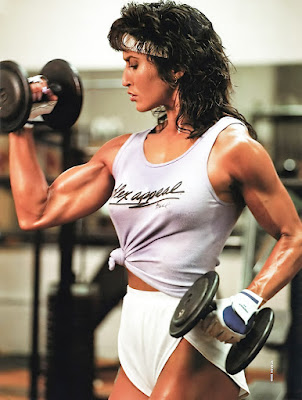 I had just finished another Native American revenge tale, the 80's Italian Trash epic Thunder Warrior, and felt like keeping that very specific genre going. When I remembered this has been sitting on my shelf forever and I still hadn't gotten to it yet, I thought it was the perfect time. I'm so glad I finally took that plunge because it was a better film I anticipated and an unexpected surprise.

I'd also like to take this moment to share my connection with Rachel McLish, something I wasn't even aware of until now. Rachel was born in my hometown of Harlingen, TX, where I still live today. Her maiden name is Elizondo, which is my last name, and not a very common last name in the Hispanic community. She opened a local gym called SPA, and I remember seeing that facility all throughout the 80's because my uncle lived in the neighborhood, but being a kid I didn't know what it was. Knowing it was opened by Ms. Olympia herself Rachel McLish makes it all the more special.

Sadly Raven Hawk is a really hard film to come by in the U.S., unless someone uploads it to YouTube someday. I'm not sure what the situation is in any other region. Who knows what type of film we would have ended up with had Albert been given the freedom to make the film he intended? One thing's for certain; Rachel McLish should have been a bigger star.

Editors Note:
Through a mutual acquaintance who's related to Rachel, I attempted to reach out to her regarding her experience making this film. She has yet to respond but when or if she does, I'll be sure to post a new article about that.

I would also like to take this moment to offer my sincerest gratitude to director Albert Pyun for taking the time to respond to my inquiry. It's just another reason why he has and always will be one of my favorite filmmakers and proves what a solid guy he is.