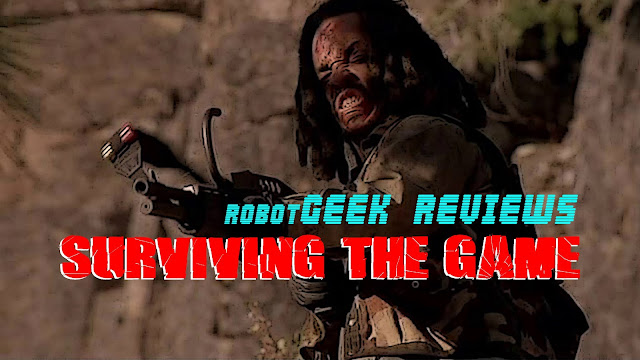 It really doesn't get said quite often enough, but Gary Busey is one hell of an actor. Even with his limited screen time in this one, if there's anything that most people will walk away from this with, it's that Busey can deliver the goods. Of course, when we think of Gary Busey, the first thought that pops up is probably how crazy he is, which seems to get more severe the older he gets. Too bad though, because given the right material, he's quite talented and always leaves an impression. Take for example his "becoming a man" speech in this. It's a brutal story, and told in his very specific Busey way, it's unnerving, haunting and a bit emotional. It's his true moment to shine here and it's a shame his role wasn't bigger.

But Busey isn't the only reason to go into this one. With a stellar all-star cast under the helm of Spike Lee protege Ernest Dickerson (Demon Knight), Surviving the Game ends up being quite frankly a refreshingly unexpected surprise that defies the odds and sets itself apart not by being different from any other "hunting a guy for sport", a la Hard Target, but by being good, apt, and skillful. Let's dig in. 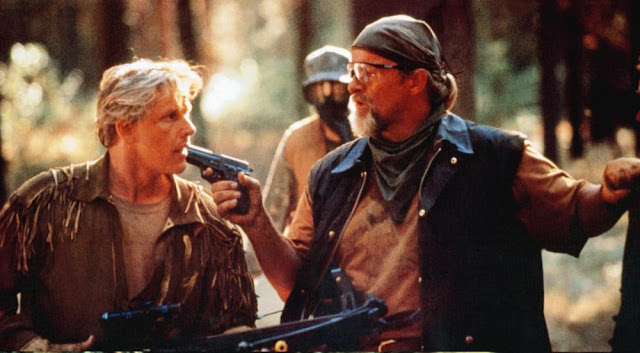 When a homeless man (Ice-T) is hired as a hunting guide by a group of wealthy businessmen, he soon discovers that the job was in fact a rouse, because he is the prey. Now he must use his skills at survival to beat them at their own game.

While director Ernest Dickerson will always be known as the guy who did Tales From The Crypt: Demon Knight, or the fact that he was Spike Lee's cinematographer for many of his best films in the 80's and 90's, I think much of what makes this film work as well as it does is because of his sure-fire hand behind the camera. Others may not agree, or prefer some of his horror films to this one, but I'd have to disagree and say that this is probably his best and finest work as a director. It's not overly stylish to a fault, but visually impressive on a level that you don't often find in these types of films. Add to that it's very "90's" feel, it's stellar cast and how surprisingly immersive it is as an action/thriller, and it easily stands out as one of the best in this type of genre. It may not be the most original idea, but it sure is a helluva fun film. 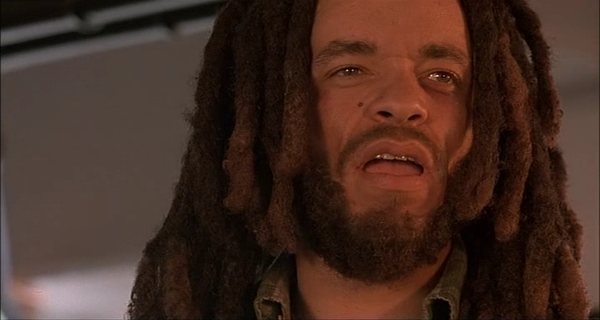 I have to give props to Ice-T. The guy never gets much credit for being a decent actor. Yea he started his career as a rapper, and has been a regular on Law & Order: SVU for what seems like decades now, but despite the plethora of bottom of the barrel films he releases on such a regular basis that it's hard to even keep up, he certainly had his moments. The early 90's were really his defining moment. After his breakout role in New Jack City, he was hitting them out of the park one after another with solid turns in Ricochet, Trespass, Tank Girl, Johnny Mnemonic and this film. He does a fine job here, proving that his tough-guy persona works well with certain roles. Hell, in the nearly 20 years he's played a cop on L&O:SVU, he's been given several moments to shine in that role and he's proven he's got the acting chops; he just needs the right gig to prove it.

Of course, despite a pretty stellar cast all around, the real standout here is the one and only Rutger Hauer, once again turning in a richly devilish performance. A bit unrecognizable at first with his long hair and thick goatee, he plays the leader of the group of wealthy hunters and runs the group with a brutal iron fist, hidden beneath a likability that always keeps you on edge. Seriously, Hauer has mastered this type of character to the point that he doesn't even have to try anymore and it's just good, evil, creepy and always enjoyable, and he does not disappoint here.

Surviving the Game doesn't try and change the formula, but it does it so well with such a fascinating cast (F. Murray Abraham??) that it ultimately ends up being pretty great, even if it does play on familiar themes. It's visually stimulating, highly engaging, and clever in a way I hadn't expected. The large ensemble cast is quite impressive, and though Ice-T was generally a newbie here, he holds his own in a crowd of seasoned pro's. If it's been a while, then it's definitely time for a revisit. If you've never seen it, it's a must.