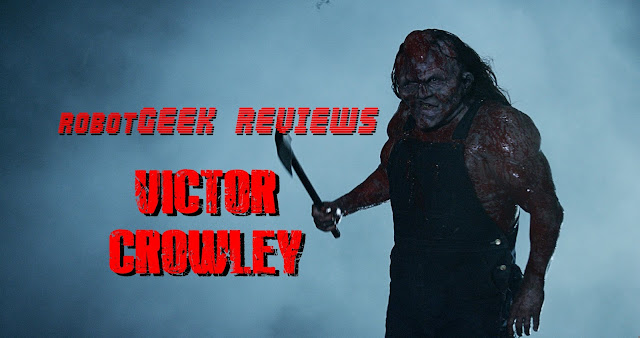 A valiant attempt to bring back some of the magic that made the first one so great doesn't always hit the mark, but tries very hard to

I have to be honest. I was completely on the fence about going into this one because of my personal feelings towards Kane Hodder, an actor I admired all of my teenage years and up, only to be slapped in the face (figuratively speaking) by a brute who picked on me and physically assaulted me at a convention because he was trying to impress my wife, whom he had been flirting with for a few days prior. Mind you, I have a physical disability, but that didn't seem to deter him. But hey, that's another story, and one I already detailed in an article a few years ago. 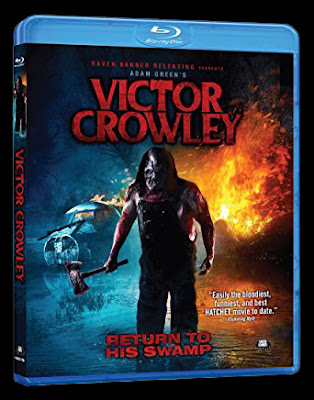 So when I heard Hodder and writer/director/creator Adam Green was going to be bringing the character of Victor Crowley back to life, I was both excited and hesitant. Excited because I love Adam Green as a filmmaker and the work he does, giving the world old-school style horror driven by practical effects work, and hesitant because I just loathe Kane Hodder as a person and did not want to put another cent into his pocket by supporting anything he does. Yet, I want to support Adam Green, and encourage him to keep making more horror films, so my feelings towards him ultimately outweighed my personal feelings and dislike towards Kane Hodder. And with the new Blu-Ray being so damn affordable, I gave in. So lets dig in.

When he's not writing television series, where he currently has 3 running simultaneously, or short films, Adam Green sporadically takes the time to sit down and write and/or direct a film here and there, with his last writing effort being Hatchet III in 2013, and his last directorial feature being 2014's Digging Up The Marrow. So when I heard he would be returning to the directors chair as both writer and director for a Hatchet sequel, I think we were all pretty fucking excited. And even though one could argue the quality of his work is all over the place, you can at least say that for the most part, they're all entertaining in their own unique way, and Victor Crowley, the 4th in the series, easily falls into that classification. While not the best in the series, it's a far step up from Hatchet II, but a slight step back from Hatchet III. Here writer/director Adam Green tries really hard to get back to the theme and roots that made the very first Hatchet so enjoyable in the first place, by being a solid old school slasher horror film, but also being surprisingly and genuinely funny. While the first film did it effortlessly and with incredible results, this 4th entry doesn't quite hit the mark as well, and a good half of the humor feels too forced and doesn't land. 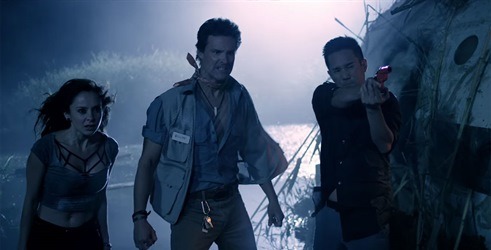 But I think that's really dependent on your level of humor, and others might find it funnier than I did. But really, despite that, it's ultimately a good time because Green makes sure to give the film an intense amount of gore, blood splattering and pretty nifty practical effects, all the hallmarks of his Hatchet film series.

Parry Shen, who's played a different character in every Hatchet film, here resumes the role of Andrew, his character from the third film, who escaped Victor Crowley's killing spree and is now touting a book on his experience surviving that nightmare. When his unscrupulous agent convinces him to go on a book tour on the actual site of the massacre, they unwittingly resurrect Victor Crowley from his grave where he goes on yet another killing rampage.

On the one hand, it's a better than average horror/comedy that delivers the goods in an unexpectedly polished way, but on the other it starts to feel a bit stale a good halfway through and with some of the humor not being as clever as you hope, considering how damn near perfect the first one was. But I know how it goes, it's hard to carry that same quality throughout any franchise, so I get it. Yet despite my issues, I have to admit that it's a damn good horror/comedy/slasher, if you can stomach some truly annoying characters.

I love finding out about the Hatchet fans favorite films in order, because they're all so different from one another, but each fans list always starts off with the first one, which is honestly and legitimately the best in the entire series. My personal favorites are as follows: 1, 3, 4 and 2. I just didn't think part 2 was very good, and more than anything, it felt rushed and uninspired.

Just The Disc:
As far as presentations go, the transfer is really good. Then again, I would expect it to since this film was literally just made last year. One of the great things about all of these Hatchet films is that you can be sure to find some special features, and while there aren't a ton this time around, there are enough to make some happy. For starters, there's a fun cast commentary with Adam Green, Parry Shen, Laura Ortiz and Dave Sheridan. Then there's a technical commentary with Green again, and cinematographer Jan-Michael Losada, editor Matt Latham and makeup f/x artist Robert Pendergraft. There's also a new interview with writer/director Adam Green titled "Raising the Dead.....Again", and some behind the scenes stuff and a trailer.

While not one of the best in the series, to be fair, it's pretty much a steal for what it's going for and definitely worth the price and worth your time to watch. I've seen it for $10 at Walmart and $11 on Amazon. This may be a sign that the series has run it's course, or that Adam Green is too busy working on his television shows. Whatever the case may be, I'm not entirely sold on the idea that we need more of these, unless Green allows some new blood to come in and give the franchise some new life. Until then, we'll just have to wait and see.