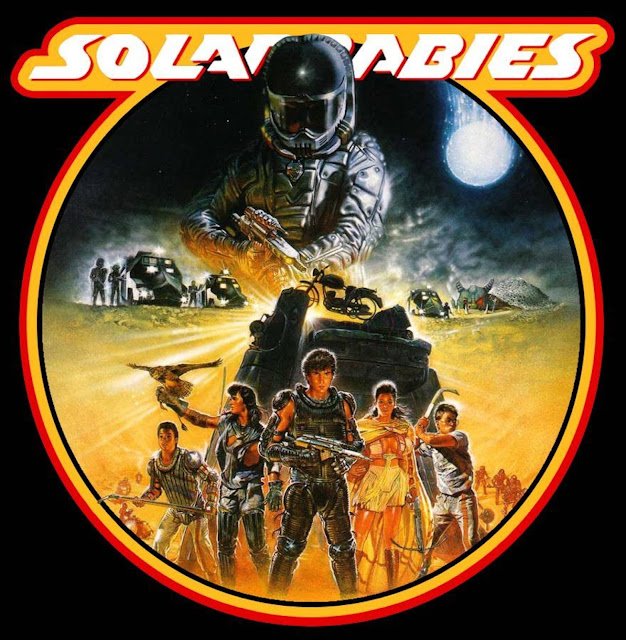 Here's a fun fact. The two brothers from The Lost Boys, Corey Haim and Jason Patric, both starred in Rollerskating movies within a 5 year span of one another. Patric did it first in 1986 with this film, a year before he broke out with The Lost Boys in '87, and then Haim gave it a stab 5 years later in 1990 with Prayer of the Rollerboys. Neither were hits, but have since lived in cult film status since their respective releases. Moving on...

I'd always been mildly curious about this one. Shockingly, I'd never seen it until now, which is kind of odd since you'd think I'd be all over this kind of thing. Recently though, it popped back onto my radar in the middle of my VHS kick, so I was lucky to grab the MGM Big Box recently fairly cheap, though it has received a legit DVD release in widescreen, but I'm all about the VCR tapes right now. 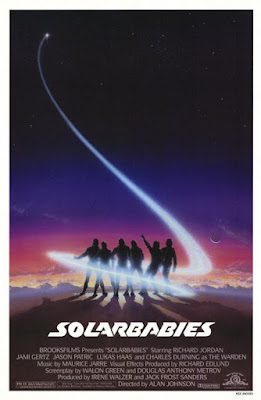 The cast. There are some pretty cool things to admire about this oddball of a film. For starters, the cast is pretty impressive. Outside of Jason Patric and Jamie Gertz, there's a healthy dose of familiar faces that you'll surely recognize from something like an unrecognizable Bruce Payne, Adrian Pasdar, Lucas Haas, James Le Gros, Sarah Douglas, and Charles Durning (?). So right off the bat, the cast is pretty all over the place in a good way.

The future and rollerskating. The film delivers an interesting post apocalyptic future that mixes elements of a lot of other films, but does it really well. Oh, and they add rollerskating, which apparently is a huge deal in the future. I really think what makes it work is how well director Alan Johnson films it all. It actually has a slickness to it that you wouldn't normally find in a post apocalyptic film. His camera setups are impressive and the action sequences deliver. What's weird is that he never directed a film after this, and the only other directing credit to his name was the Mel Brooks comedy To Be or Not To Be from 3 years earlier.

Everything but the kitchen sink. Seriously, this film is ridiculously all over the place. Instead of sticking to one specific theme or idea, they literally pull everything out of their bag of tricks to keep things moving along and it's a little refreshing, kinda hilarious, and honestly, pretty ballsy. It can be pretty silly, yes, but it's absurdity does make it fun and if anything, interesting. We kind of found it enjoyable in an oddball way. We just went with it and enjoyed the ride.

The Bad:
As fun and ridiculous it was at times, it just never felt like it reached it's full potential. It looked great and all, and the cast was a hoot to watch all these years later, but as a whole, it lacked that extra punch to really sway it in any particular direction definitively. Like, it's not bad enough to call it a Bad Movie Night movie, and it doesn't have enough of the right ingredients to call it awesome. It's stuck somewhere right in the middle where you like it for what it is, but you don't love it for one reason or another.
Posted by robotGEEK at 12:53 PM