Hannibal Season 3 and a Farewell to a Great Series 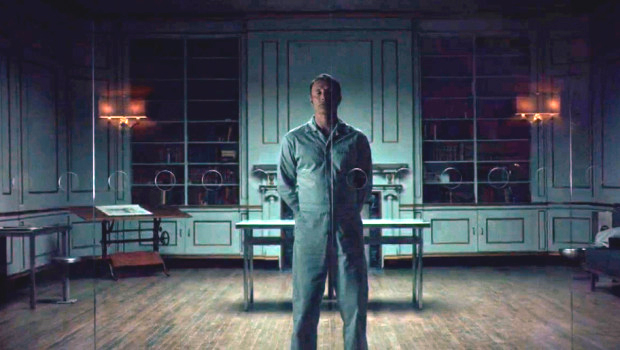 When Hannibal first premiered, I went in skeptical. I'm about as big a fan as the next guy of the Hannibal Lecter franchise, but unlike most others, I find Michael Mann's utterly brilliant Manhunter to be the BEST Hannibal The Cannibal film to date. Of course I love Silence of the Lambs (who doesn't?), but there's just something uber cool about Mann's slick Miami Vice infused take on the material. Visually stunning, suspenseful, with a knockout performance by William Peterson as Will, and Brian Cox as Hannibal, it's really Tom Noonan's portrayal of Francis Dolarhyde aka The Toothfairy Killer that steals the show. And man, what a killer ending. But Ridley Scott's Hannibal film didn't really do anything for me, neither did Red Dragon. So I guess you can say I went into NBC's Hannibal more out of curiosity than anything.

Much like with Breaking Bad, I watched the pilot of and I was immediately hooked. Cleverly written, and brilliantly directed by David Slade, who would eventually direct 5 episodes, Hannibal represented smart adult horror. It was also easily the goriest show you'll ever see on TV, not just network television. In fact, I was shocked at how far the show went in the gore department, and were able to actually get away with it.

While the first season was great, it was really the second season that I absolutely loved. With season 2, they seemed to push the envelope in nearly every department, often going further than you ever expect it to. So of course, when that season ended on a cliffhanger, I couldn't wait for Season 3 to finally start, which seemed to take foreeeeever. But it came, and needless to say, I wasn't a fan; not at all. Season 3 was just odd. Set in Italy with Hannibal on the lam, it took on an entirely different tonal shift that seemed so dull and boring compared to the first 2 seasons. Cube and Splice director Vincenzo Natali took over directing duties for the first half of season 3, and personally speaking, I put a lot of the first half of season 3's problems squarely on Natali's style of directing. While the scripts were not up to par with what was being written before, Natali's constant night shoots made it nearly impossible to make out what was happening half of the time. Shooting in slow-motion 90% of the time didn't help either. It didn't matter what it was - a snail crawling along the floor, water pouring into a glass, a jar falling off a table - everything seemed to be drenched in the slowest of slow-motion that it became annoyingly tedious. For all intents and purposes, it slowed the show down to a crawl, and made it utterly boring.

I was ready to give up on it, and I damn nearly did. But a friend convinced me to finish it out, so I took his advice, despite my reservations. It took 7 looooong episodes for anything remotely interesting to happen, but when it did, it was so nuts that episode 7 almost made up for the severely lacking previous 6 episodes, all of which took place in Italy. It was at this point that Hannibal started to resemble the show that I fell in love with, and from this point on, it only got better, and stronger. 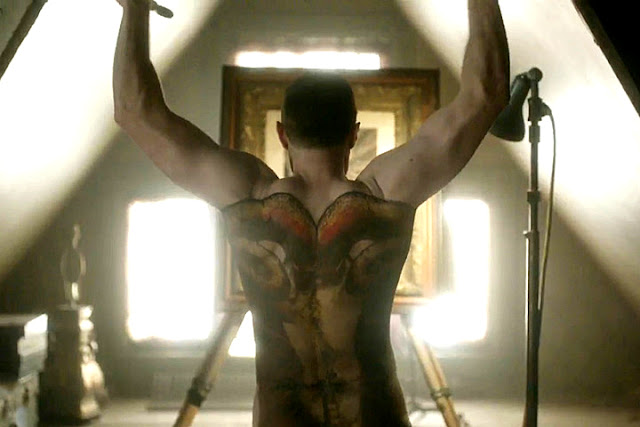 Not long after they introduced the character of Francis Dolarhyde, and the series became great again. It was during this time that the "official" word came that season 3 would be it's last due to poor ratings. Producer Bryan Fuller says that he's not done with Hannibal just yet, and that it will live on somewhere else at some point. It's hard not to think that the very weak first half of this past season didn't have anything to do with that. Who knows? The show had always struggled to connect with viewers and find it's audience. Maybe it was in the cards before season 3 even began shooting? Regardless, it was a sad day when it was announced that it was cancelled.

Luckily, we had the second half of season 3 to more than make up for that sad bit of news. Once The Toothfairy Killer character comes into play, the show finally fell back into place and found it's footing again. I'd read many times that producer Bryan Fuller said that season 3 would be different, that they were going for a more playful approach. I'd read from several different critics who previewed the first few episodes before it's official premiere that it was indeed different, and sometimes funny in a tongue-in-cheek way. I never got any of that. In fact, quite the opposite. It was painfully dull and slow, and had it not been for my friends insistence that I continue, I would have given up on it because it wasn't the great gory adult horror show that it used to be.

In all fairness, the second half of season 3 more than makes up for the lackluster start. Utilizing different directors (not Vincenzo Natali), picking up the pace, ramping up the gore content, and moving the setting back to the US and away from Italy, Hannibal felt and looked great again, thanks in no small part to Richard Armitage's brilliant portrayal of The Toothfairy Killer. The finale, which had a lot of people divided, was extremely fitting and a wonderful sendoff in my opinion. It was shocking, violent, and beautiful. I could have done without the end credits scene, which ultimately leads you to believe that the show isn't done and could very well live on somewhere else, as Fuller has stated numerous times. Compared to what just transpired mere minutes before the credits rolled, that end credit scene just kind of felt cheap and tacked on - like a last second effort to fuck with your head.

Hannibal ended on a high note, and each subsequent episode from 7 on, felt like show that so captured my enthusiasm, my imagination, my heart, and my attention.
Posted by robotGEEK at 10:29 AM