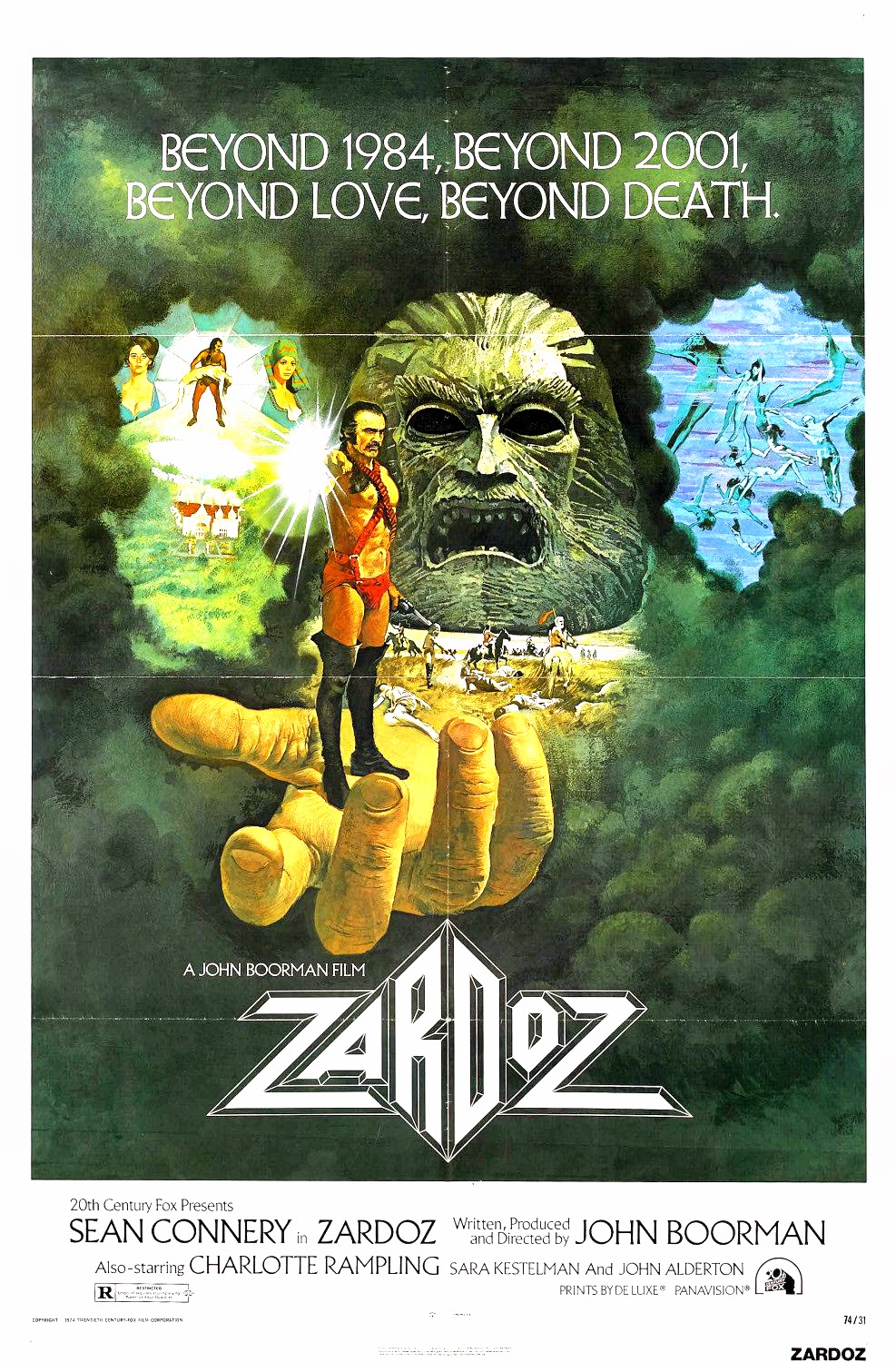 Zardoz is a film that I have been wanting to see for a very long time. We've all seen that image of a 70's Sean Connery wearing nothing but a cod piece, long leather thigh high boots and a ponytail. It's seared into out brains. It was only recently that I discovered that the man responsible for such classics as Deliverance and Excalibur was the guy behind this mid 70's sci-fi cult classic. So that gave me extra incentive to finally check this one out.

Zardoz has easily got to be one of the weirdest films I have ever seen. I'm not sure what the message Boorman was trying to convey, and I'm sure there is one, but it was totally lost on me. Most of the films running time makes absolutely no sense, and you literally audibly comment "Huh?", or "WTF?", on a regular basis because the images and sequences presented before you are so bizarre and so surreal. None of it makes any kind of sense, and nothing is explained; not for the majority of the film anyway. Things just happen, and you're just expected to just accept it. Sure you'll question the shit out of it all, but you won't get any clear definitive answers anytime soon. Yet by the films final act, Boorman does try to explain and give reason to a lot of what had transpired up until that point, but in all honesty, it just brings on more questions than answers, because it all still just doesn't make any sense. And you know what? That can be okay sometimes. Hell, one of my all-time favorite late 70's films is a WTF?! masterpiece, and it also makes absolutely no sense. That film would be The Visitor. But it's also entertaining to the nth degree. It's weird, strange, violent, yet also highly entertaining and gorgeously shot. I will give Zardoz some credit though, Boorman shot the hell out of this thing, and from a visual standpoint, it's insanely impressive. But that's about it. 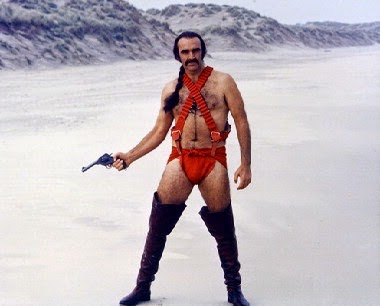 The problem with Zardoz is that while it looks beautiful. it's also extremely dull. Sure there's some mild nudity, impressive set design and the cinematography is outstanding, but even in it's bizarre context, nothing happens, and it's slow as shit. Had Boorman infused some action - or better yet, a little adventure - into the story, that would at least be something; something to liven up the mood and speed up the pace a little bit, because the film as a whole is painfully slow and boring.

Zardoz should have and could have been a sci-fi classic. It has all the ingredients for one; gorgeous cinematography, impressive cast, stellar set design; yet it pretty much fails everywhere else, most importantly, in the "entertainment' department. It's sad too, because visually, Zardoz looks fucking fantastic. But that's about where it stops being impressive. The biggest question I had when I walked away from this, out of many mind you, was "What the hell was Sean Connery thinking?".
Posted by robotGEEK at 6:52 AM