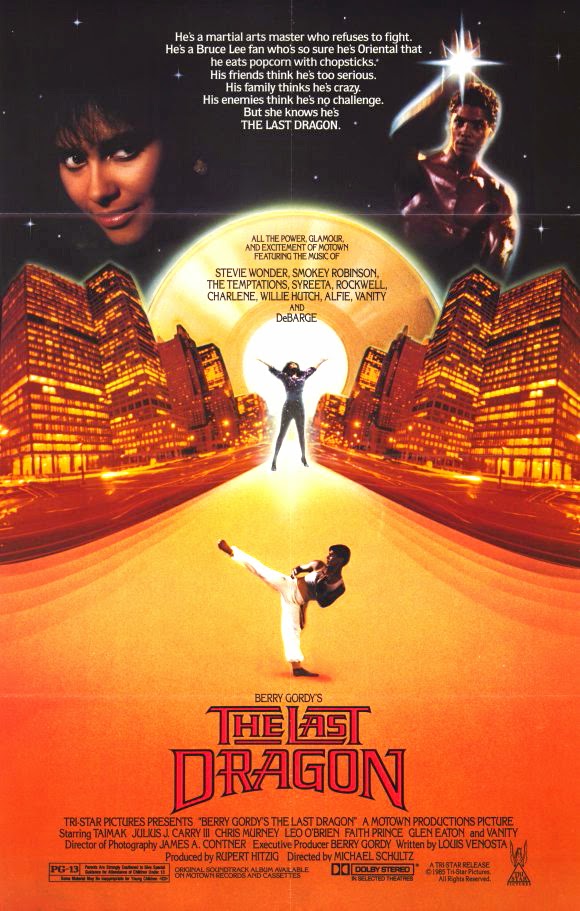 From about the ages between 10 to 15 years old, The Last Dragon was easily my favorite movie ever. So much so that I know every line of dialogue by heart. I mean, I fucking loved this movie as a kid and completely wore out my VHS playing it so often. It was the first movie I can clearly remember as being my favorite. Of course I've had quite a few of those over the years, but I'll always remember The Last Dragon being my first.

If you've already seen this film, then you know how absurd the whole concept is. Essentially, it's an R&B Kun Fu movie from the mid 80's. Right off the bat those are two things that just don't mix, yet they somehow do in this......and quite wonderfully. There's a playful energy to it all right from the beginning, and each sequence generates enough awesome and entertainment value that there's never a dull moment, not for a single second.

As much as I love this film, I'm embarrassed to admit that it had been a long while since I'd seen it. While I own the DVD, I can honestly say it's been a good 15 years since I'd thrown it on. But with my son visiting, I thought it was the perfect opportunity to introduce him to a movie that I absolutely loved when I was his age, in the hopes that it would also become a favorite of his. 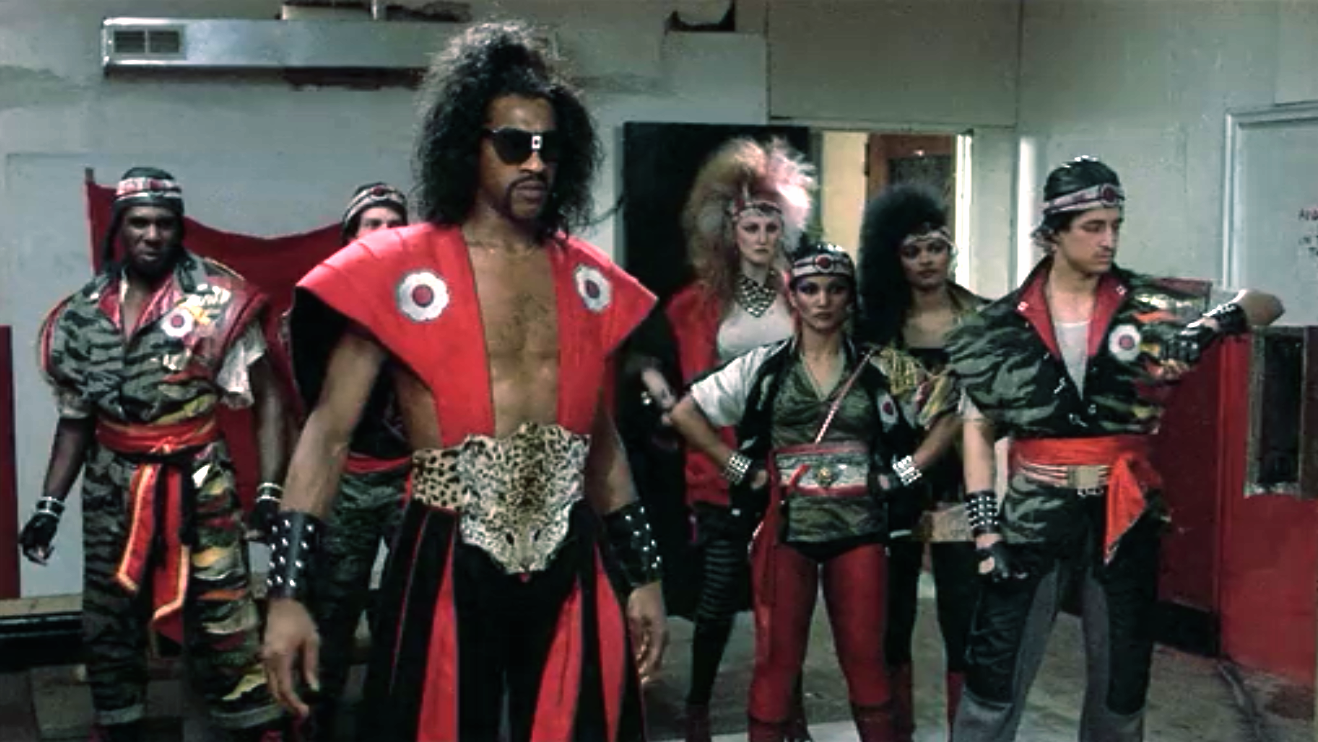 Though many years had passed since I'd last seen it, it hasn't lost any of it's magic. Watching it recently was like visiting an old friend. There are so many moments that are just flat out awesome, that it's incredibly hard to count, or pick a favorite. Like for example, Sho-Nuff's stellar entrance in the film when he invades a movie theater that's showing Enter The Dragon. Or the "glow" sequence at the end. Or the moment Bruce Leroy (Taimak) shows what he's made of when he saves Laura Charles (Vanity) from an abduction. I can go on and on, and the best part, all these scenes are still badass. While the whole concept about an R & B mid-80's Kung-Fu movie screams "WTF?!", it all works and if I were to ever show this film to a group of people, it would most definitely fall under Badass Cinema Night. No doubt.

I think that a lot of what makes this work so well is it's spot-on casting. Vanity was just on fire in the 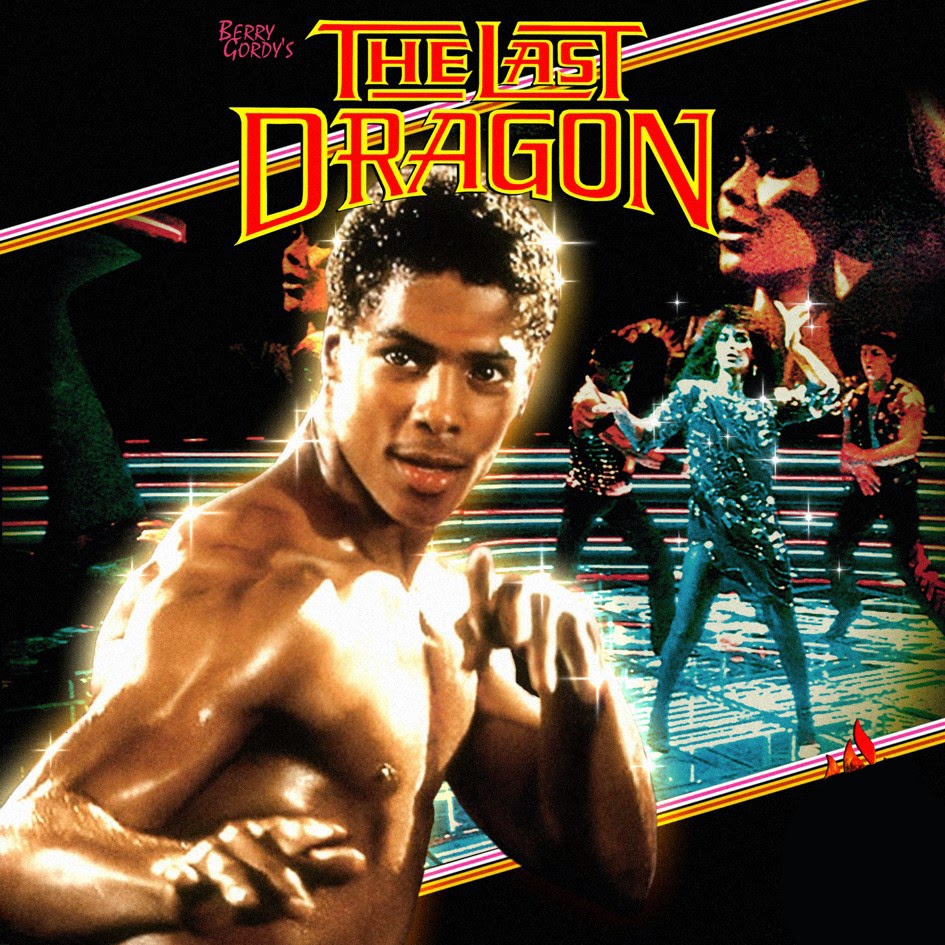 80's and arguably one of the hottest, sexiest women working in action films with turns in classics like Action Jackson and Never Too Young To Die. Taimak, who plays Bruce Leroy has worked sporadically in both television and film, but with The Last Dragon, he carries just the right amount of charming innocence to make him completely believable. He can also be a badass when the time calls for it. Julius Carry seemed to have come out of nowhere to portray what can only be described as one of the most colorful, badass and totally insane villains the silver screen has ever seen in the form of Sho-Nuff; The Shogun of Harlem. Every line of dialogue out of Sho-Nuff's mouth is pure gold and quite honestly, he steals the fucking show in this. I'm actually shocked they never made a spinoff with his character, because he's pretty awesome.

I also have to admit that while my music taste varies quite a bit, I've never been a fan of R&B. But 80's R&B is a totally different story. This was a time when songs were actually catchy and quite good. And though I'd never actively seek out to play any of these specific types of songs just for my enjoyment, in the context of this particular film, they are quite amazing. It's as if each song was specifically written for each corresponding sequence and hell, for all I know, maybe they were! It's a badass soundtrack and I would be proud to include this in my collection of film soundtracks.

I had always considered this a favorite from my childhood, but after revisiting it, I can honestly say it's still a favorite. It's just awesome all around and an excellent selection for Badass Cinema Night. If I were to complain about anything, and believe me, it would be hard, it would be that I wish the final battle/fight between Sho-Nuff and Bruce Leroy was longer, bigger and more epic. While it is cool, especially with the big reveal, you'd think that since the entire movie is built up around this one big confrontation between these two, that it would or should have been bigger. But that's really just nitpicking. It would have been badass, no doubt, but the big fight we get is still pretty cool. Just not as EPIC as I would have hoped.
Posted by robotGEEK at 2:55 PM