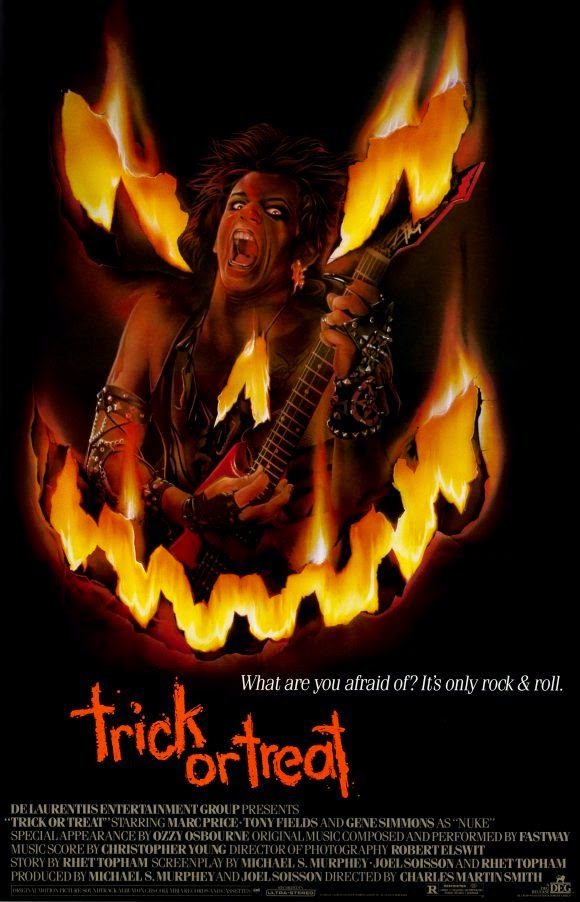 This was a film that I remember only slightly. I remember thinking it was cool waaaaay back in the 80's when it first came out on VHS, which was my first experience watching it. I remember thinking that there just aren't enough rock n' roll horror films. I remember thinking "why did the guy from Starman direct this?". And really, that's about it. I'm guessing I had only seen it that one time for some reason, which is strange, considering I was knee-deep into horror, and I was an all out metalhead. You'd think this film was right up my alley, but for some reason, I just kind of moved on from it after that initial viewing.

Nearly 30 years later I got the itch to revisit this. Not for any particular reason like a recommendation or anything. For some reason, it popped in my head and I started to wonder if maybe it was better than I remember it being. I mean, I know it has a pretty large cult following in general. But that doesn't always mean it's going to be my kind of film. Repo Man is an excellent example of that. Huge cult following, yet I didn't dig it at all.

Trick or Treat surpassed my expectations by a mile, and then some. Every single minute of this film is rock n' roll horror gold, due in large part to Charles Martin Smith's solid direction. Who woulda thought that the nerdy guy from The Untouchables and Starman would turn out to be a pretty great horror director? It's almost as if Charles Martin Smith was born to direct horror films. Each frame of film has so much energy to it, that even though this film has a lot going for it, it's really Smith behind the director's chair that makes it all work so well. I still find that strange, considering he's mainly an actor. What's more, this is the only horror film he ever directed! After this it was pure family stuff. Strange. The guy's got a knack for horror, and so personally, I feel he's been working in the wrong genre all these decades later. But hey, such is life. 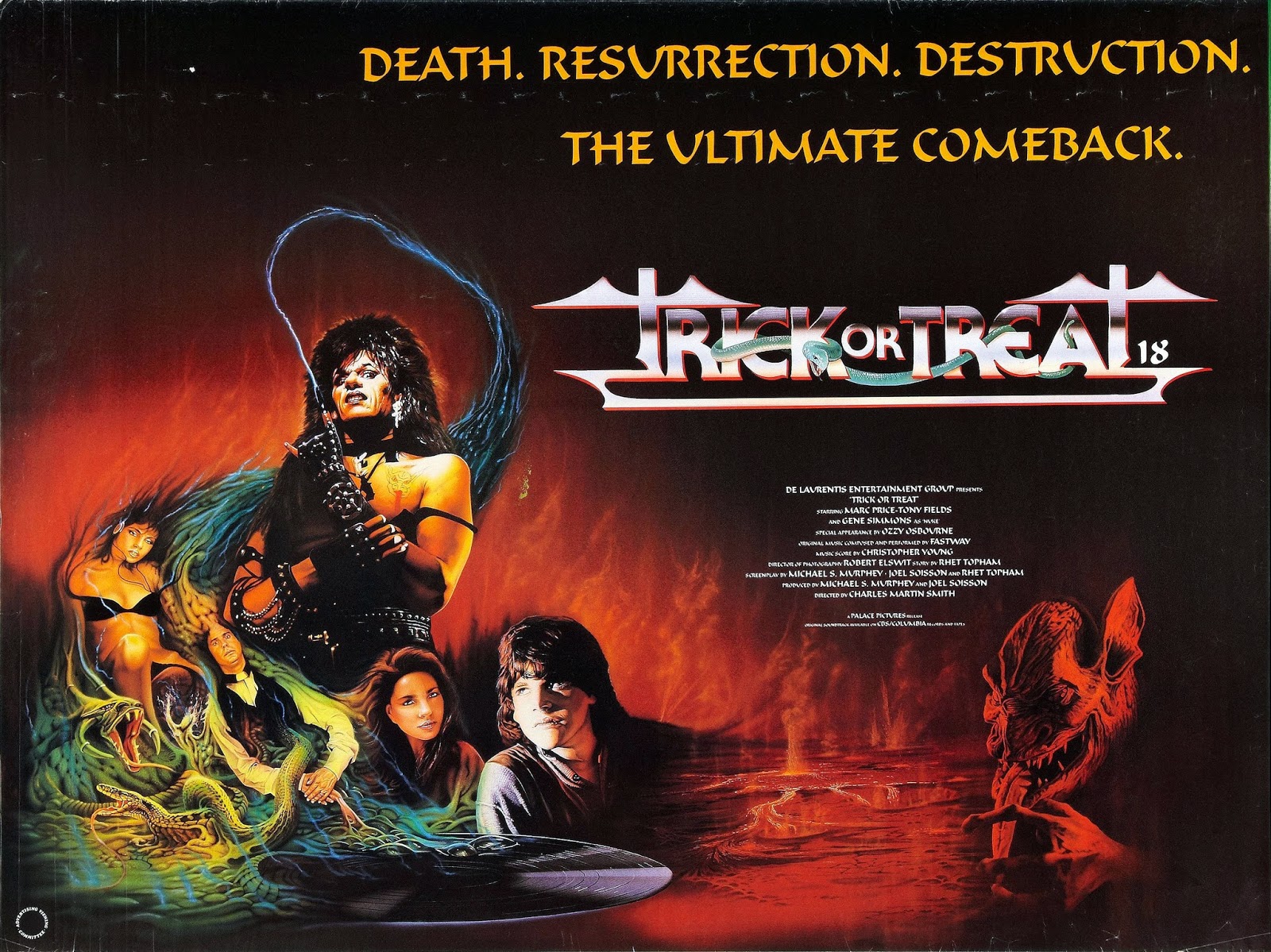 Eddie (Marc Price) is a longer in high school. A nerdy kid with a love for heavy metal and rock n' roll, he's seen as an outcast by everyone else. As such, he's tormented daily by almost everyone, especially the jocks. When Sammi Curr, the biggest rock star on the planet dies under mysterious cirumcstances, Eddie is shocked and saddened that his biggest idol has fallen too soon. But a local disc jockey (Gene Simmons) has a surprise for him. In his possession is the one and only last recording of Sammi Curr, which will be played on Halloween night. In the meantime, Eddie is allowed to take this one and only recording as a gift. When Eddie plays it backwards, strange things start happening, and Curr may be behind it all.

First things first, being a rock n' roll horror film, you expect a solid rock soundtrack, and it doesn't disappoint. The soundtrack by Fastlane kicks all kinds of ass, and it's about as perfect as you could have hoped for. We also get some cool cameo's by the likes of Gene Simmons and Ozzy Osbourne. Don't let the ridiculously lame US DVD cover fool you. Even though they're front and center on the cover of this embarrassing excuse for a DVD release (Full Frame? Really?!), Ozzy has less than a minute of screen time as a televangelist, and Simmons has maybe a total of 3 minutes as the disc jockey who gives Eddie that fateful last record. What's worse, they look nothing like the pictures of them on the DVD cover. Old stock images for sure, but wow. What a gawd-awful excuse for a cover to a badass film. It really is embarrassing. As of this date, no other DVD edition or a Blu ray in the works, which is just sad. There is, however, a German region free Blu ray out there. Not cheap, but worth the purchase in my opinion.

While the character of Sammi Curr essentially doesn't have a lot of screen time, when he is, it's actor Tony Fields portrayal of the rock god that sells it. With his background as a dancer (he was a solid gold dancer for 5 years) and gymnastics, his ability to flip, jump, tumble, fall and practically fly through the air is damn near impressive. All the trademarks of a true rock god.

It's hard to pinpoint exactly why Trick or Treat works so well. Because honestly, it's everything. This is one of those rare instances where all the right ingredients somehow came together at just the right time to make something truly memorable. I think had this been made in the 90's, or even today, it just wouldn't work, and it wouldn't be anywhere near as effective. There's a magic to it that you just couldn't duplicate had this been made by anyone else, or in any other specific decade. Trick or Treat has amassed a huge cult following throughout the years, and deservedly so. After finally revisiting it, I can understand the appeal. It's pretty fucking fantastic.

* Interesting fact. Tony Fields, who played Sammi Curr, died at the age of 36. Which, if I'm not mistaken, was the same age Sammi Curr was when he died in the film. But I could be wrong.

Posted by robotGEEK at 3:58 PM