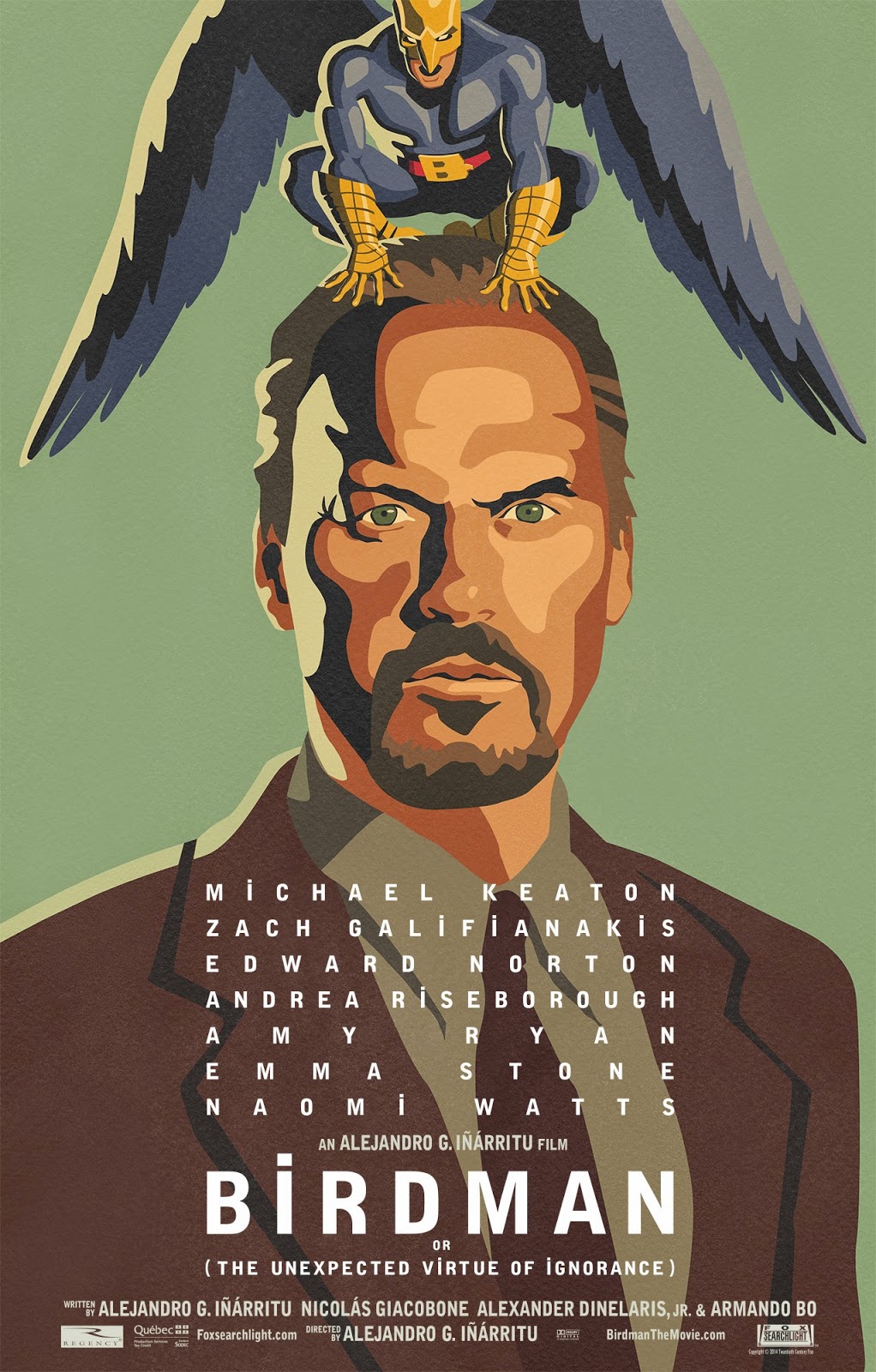 When I watched this year's Oscar's, I wasn't at all surprised to see Birdman take home Best Picture. Now, I hadn't seen it up to that point, but just from all the buzz surrounding the film in general, and Michael Keaton's performance specifically, I knew it was a shoe-in compared to the other contenders. And you probably already know my love for Michael Keaton. I mean, he is the best Batman after all. So I was excited to see his career get a big boost from this film, even though he's been working steadily in Hollywood forever now.

So when this finally hit VOD, I decided to give it a shot. I have to admit, while the execution is admirable with the whole 1-Take gimmick (which of course it wasn't), I wouldn't have called this the Best Picture of the year. Not by a long shot. While Keaton's performance was outstanding and 100% deserving of the Oscar he "didn't" get, I never once felt the film was so great that it would have been a contender for Best Picture. But it was, and it won and after having finally seen it, I can't understand why.

It's a drama first and foremost, and while it carries a lot of existential elements, it's essentially a drama with lots of speeches and rambling dialogue, designed to bring out the best in the film's impressive cast, and hopefully, a nomination. There's no arguing that the film carries some damn impressive performances, most notably by Keaton and surprisingly, Edward Norton, but honestly, that's about where the "impressive" ends for me. The 1-take gimmick didn't really do anything for me, other than add a bit of intensity to the scenes.

Overall I thought it was good, with some strong performances. But I would never consider it Best Picture material. Personally, I wouldn't consider it a multiple viewings type of film, but that's just me,
Posted by robotGEEK at 10:32 AM