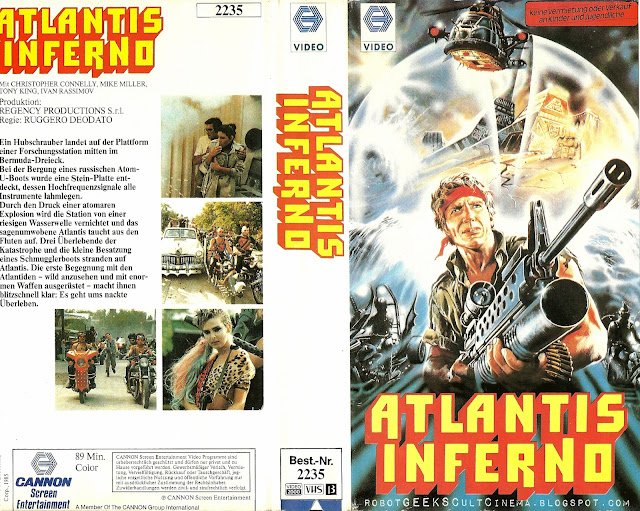 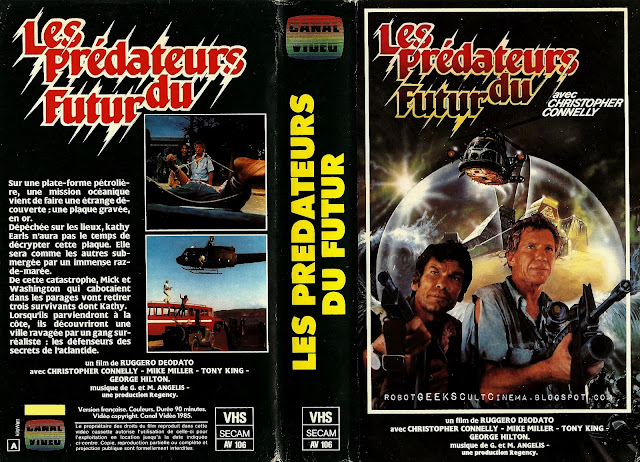 Les Predateurs Du Futur AKA Raiders of Atlantis Greek Big Box Clamshell VHS.
Found this surprising find on eBay some time back and for a really good deal. The beauty about this one is that it's the only Letterbox version that I'm aware of on VHS. But, for all I know there "could" be other widescreen or Letterboxed versions out there too. Too bad I don't have a SECAM player so that I could actually watch this in Letterbox. 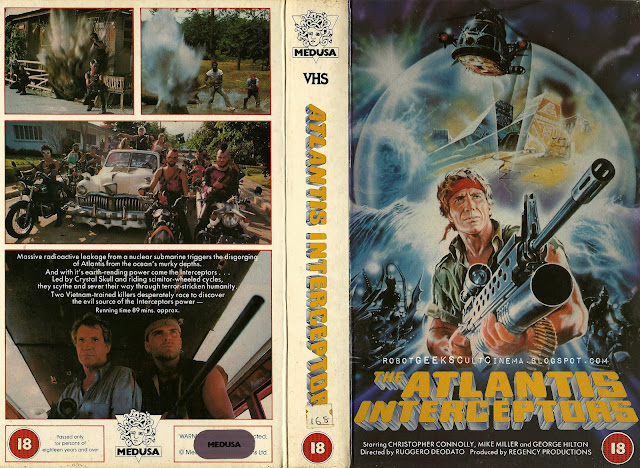 Last, but not least,
The Atlantis Interceptors AKA Raiders of Atlantis U.K. Big Box Clamshell VHS.
This one was actually hard to come by and I've been on the lookout for one of these for a very long time. Whenever I find it, it's usually going for a ridiculous sum, but I just so happened to find an insanely cheap copy on eBay a while back during one of my routine searches. One of those "Right place at the right time" moments. I had to replace the clamshell case though because the original was so fucked up, torn and faded that I actually thought the cover was like that until I took it out and realized it was just the clamshell itself. In a new black big box clamshell, it's just stunning.

So this brings the total of my Raiders of Atlantis VHS covers to 5. You can check out both the U.S. and Australian covers here.

Yea, I'm slightly obsessed with this fun and insanely over the top 80's piece of Trash Cinema. It's just such a blast to watch and I still can't believe it's never been released on DVD or Blu-ray. It's just one of those films that's just begging to. What's also interesting is that most people forget or are completely unaware that Rugerro Deodato (Cannibal Holocaust) directed this. You never would have guessed that simply by watching C.H. or this, but it's true. If only he made more films as insane and fun as this.
Posted by robotGEEK at 11:52 AM