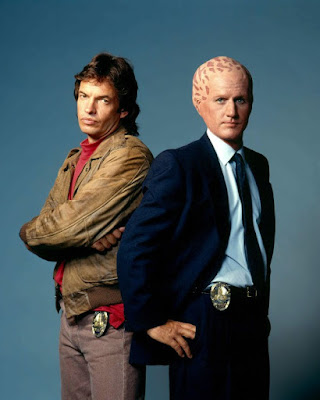 A lot of you may or may not know that I am obsessed with TubiTV. They just continue to blow me away with their FREE content of everything from mainstream blockbusters, to hard to find classic TV shows and obscure cult classic films. I mean, I really can't get into all of what they offer because it's just so much. Low-budget 90's obscure action films? They got you covered. Incredibly hard to find and not-yet-released-on-dvd tv shows and 80's cult horror films? They got you. Classic 80's cartoons like Transformers, COPS, GI Joe and Inspector Gadget? Check.

Anyway, I figured this would be a good way to spotlight something that I came across and immediately threw in my Watchlist. So let's begin with the Alien Nation TV series.

This series was released in 1989, a year after the now cult classic film, and stars Gary Graham (Robot Jox). It was developed for television by Kenneth Johnson, who's most famous for creating, writing and directing the classic TV Mini-Series (and ratings behemoth) V in 1983, as well as developing and writing the original Incredible Hulk TV series with Lou Ferrigno, The Six Million Dollar Man and The Bionic Woman. He knows his stuff, and proves that once again with this immensely immersive Alien Nation series, which really fleshes out so much more than the movie possibly could. 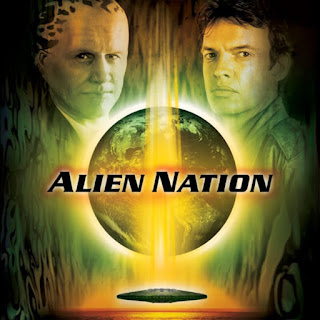 He wrote and directed the pilot, as well as a bunch of the other episodes, and would go on to do the same for a few Alien Nation TV Movies that followed the series in the mid 90's. While this has easily been available on DVD for some time, as well as the TV Movies, I don't think it's ever made the leap to Blu Ray. So I'm actually curious if the quality on Tubi will be in HD, as is mostly the case, even with the hard to find stuff.

Give it a watch and enjoy!

Also, just a friendly reminder to check out my new YouTube Channel. There's only one review up now, but I'm focused on working on more content soon so please give it a "subscribe". Thank you.

Posted by robotGEEK at 7:35 AM