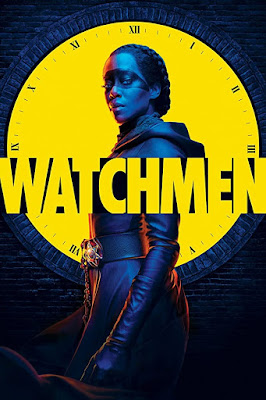 With all the streaming apps that we currently pay for, HBO is not one of them. So when they announced the release of Watchmen as a series, we knew we were just going to have to wait until it hit Blu Ray to finally dig into it. But then the pandemic happened, and a lot of these "pay for" streaming sites began offering free trials to entice us. Hell, it worked with Shudder. We tried their free trial and ended up signing up for a membership. And with Watchmen in particular, as of this writing, they are currently offering it for free on both Amazon Prime and Hulu if you already have subscriptions for either of them. So this past weekend we jumped on it and literally binged the entire 9-Episode season in just a few days, something we never do. On one hand we did it because we wanted to watch it all before they removed the free trial offer, but on the other hand because it was so fucking good that we couldn't stop. 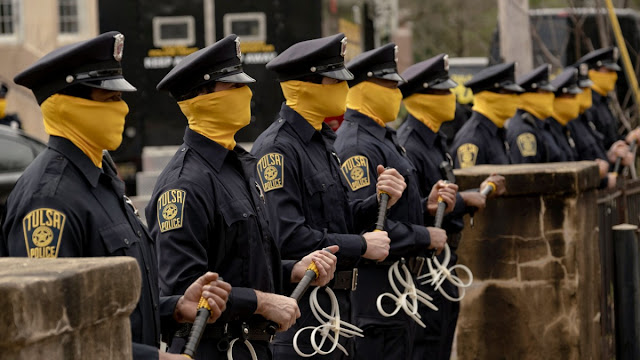 I am a Watchmen fan. I was 10 when the comic was released, and it would be just a few years later when I myself would get deep into comic book collecting and ultimately when I discovered this dark tale. But of course, like most of us, it wasn't until we were adults that we truly appreciated what Alan Moore and Dave Gibbons were doing with this comic series. But anyway, we all know that story now. And while I was a general fan of Zack Snyder's 2009 film, I wasn't blown away by it. For a film with such a long runtime, it still felt surprisingly tedious and long, when it should have felt the other way around. I can't really put my finger on it, but ultimately, while it was a nice looking film, it didn't always work. Which brings us to HBO's series.

Upon completion of this series, my first impression is that it is hands-down one of the best written shows I've ever seen, right up there with Hannibal and Breaking Bad. Created for television and written by Lost creator/writer Damon Lindelof, Watchmen takes a different approach than a straight-up adaptation of the well-beloved comic. Instead, Lindelof uses it as a jumping off point, instead shifting the story to a sort of alternate reality, 30 years later. In this new take, we see only a fraction of the original characters and what they've become since, as well as new masked vigilantes and an entirely new version where racism is front and center. Considering this was made before the recent riots and injustices towards people of color coming to light front and center, it's a bit surreal to watch this now because it comes across so much more relevant and important. 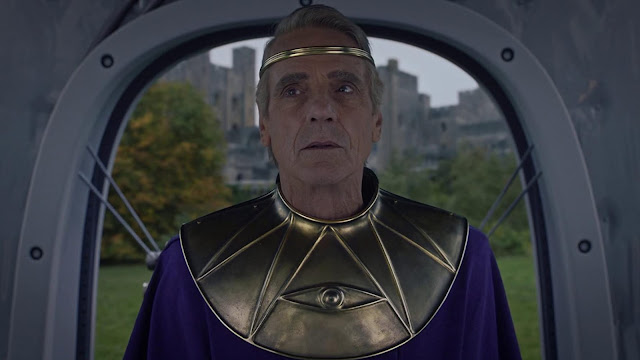 One of the shows may strengths is in it's casting. Some of them are pretty spot-on, like Jeremy Irons as Adrian Veidt aka Ozymandias, while others like the incredible Regina King as the series lead and all around badass Angela Abar aka Sister Night just surprised the hell out of me in the best possible way. I mean, for all the times I've seen her in a supporting role in dramas, seeing her kicking ass and taking names was such a pleasant surprise. I'm not going to bore you with a complete rundown of every cast member, but some personal notable standouts for me were Jean Smart, Louis Gossett Jr. and Tim Blake Nelson respectively.

It's a rare thing when every single episode hits you like a ton of bricks. Each hour long journey was met with excitement, shock, surprise and total awe. The number of twists this thing took were brilliant and wild, but none more incredible than the now legendary episode 6 titled "This Extraordinary Being". I mean, goddamn was that a huge emotional punch to the gut and just brilliant. While there was not a single bad episode in the bunch, Episode 6 seems to be the all-around favorite for most people, and with good reason. 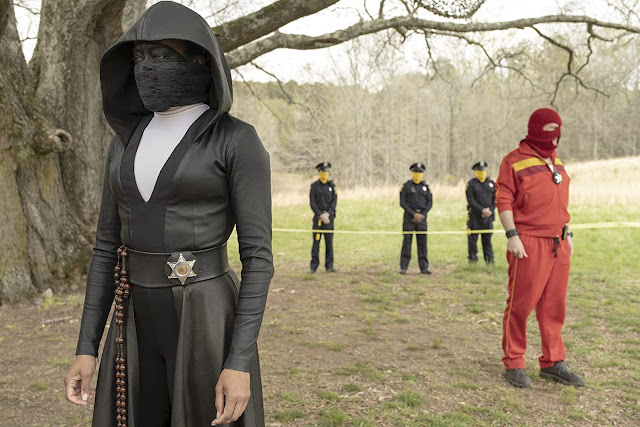 What Lindelof and his team of writers and directors have created will go down in history as one of the greatest, most brilliant series ever produced. While it's already become an instant hit, just wait. It will be a series that others will try to repeat, but will probably not come anywhere near trying to achieve its brilliance. It will be a benchmark for how other creators will try to approach popular comic book titles in the future when adapting them to TV. Because lets face it, TV was and is the only way to go with something as vast as the Watchmen mythology. The fact that they tried so hard to condense it into a nearly 3 hour film back in 2009 is still surprising to me. I mean, some of it works, and some of it doesn't. There were some creative and artistic choices (did we really need so much slo-mo???) that really hampered would could have been a great epic film, but that was 11 years ago and there's nothing we can do about that now. Back in the late 80's or early 90's (before the internet), I remember reading in a Comics Magazine that Terry Gilliam was attached to direct Watchmen, but ultimately backed out when he realized that there was really no way to do it justice unless he was able to make it into a Mini-Series or something. Making it into a single film was impossible. Thankfully Damon Lindelof and the folks over at HBO recognized the need for more time to flesh out these characters and story arcs, because it all worked splendidly. And while the series ended nicely all wrapped up in a pretty bow, there's definitely room for expansion. But I for one am glad Lindelof has gone on the record as saying that he has no intention of continuing with the series, and I am thankful for that. It's perfect just the way it is. Let's let it stay perfect.
Posted by robotGEEK at 11:27 AM