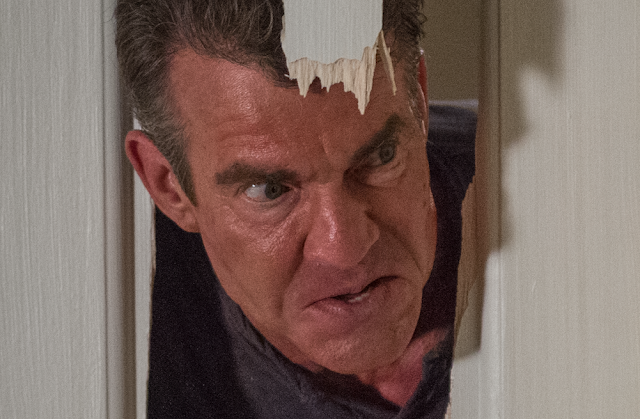 There's something to be said about filmmakers who keep taking on the tired tropes of a home invasion thriller considering it's already been done to death. What that is, I don't know. But what I do know is that I'm glad they did this time around because it was one of the most entertainingly bad films we've seen in some time.

And I'm going to make this as short and sweet as possible, because I'm going to tell you you've already seen this film countless times before. It literally brings nothing new to the table. But what it DID do incredibly well is cast Dennis Quaid as the villain, and boy does he not only go over the edge, but he relishes in the psychopathic nature of the character that it's damn near a goddamn parody, and it's amazing! 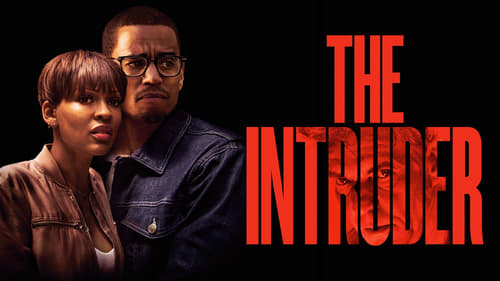 Here we have the same old story. A wealthy young couple (Michael Ealy, Meagan Good) moves into a dream home in the suburbs and away from their busy city life. The former owner is none other than Dennis Quaid, here playing Charlie Peck, a retired construction business owner who can't seem to let the house go. He often stops by unannounced to cut their yard for them, or brings a bottle of wine for a quick hello. However, when his seemingly good deeds become more and more brazen and bizarre, things start taking a turn for the worst.

I swear you've seen this film before. I will say though that the acting is pretty good across the board, with the insanely gorgeous Meagan Good stealing literally every scene she's in, even if her actions, or rather her dumb decisions, are the catalyst for a lot of what ultimately happens here. But it's Quaid's show all the way and my word does he deliver the goods tenfold here. I'm sure he's played villains before, but I don't think he's ever played them so unhinged like he is here and I loved every goddamn second of it. 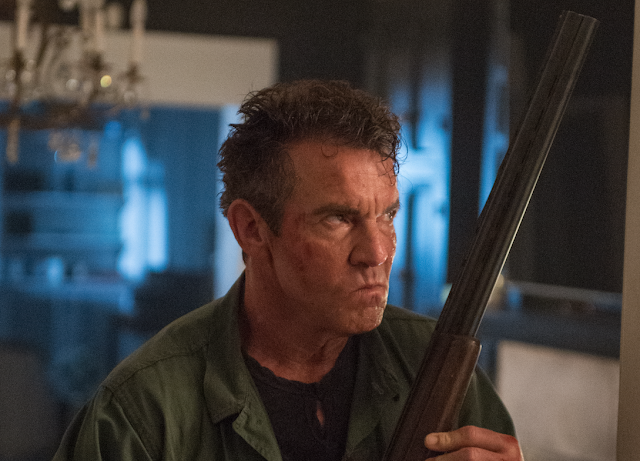 Director Deon Taylor (Meet the Blacks) does a fine job making the film look good. There are no complaints there. I think the real travesty here is the completely uninspired script by David Loughery (Passenger 57, Money Train, Nurse 3D, Lakeview Terrace). And it's a shame, because he's written some pretty damn fine films before. How this got greenlit is anyone's guess.

It's important to point out that you really have to be in the right mood and frame of mind to enjoy this. I mean, it's a bad film in the sense that it's an extremely tired premise and there is literally nothing really worth getting excited about. A friend of mine actually gave it a shot based on my recommendation, but couldn't get past 30 minutes. And I will say, you have to invest in this, because it takes time for Quaid's character to slowly unhinge into over the top crazy, but my gawd is it worth the investment. Literally every second he was on screen being creepy, weird and batshit crazy had us laughing out loud, yelling "WTF?" and rolling our eyes and it was wonderful. I'm telling you, if you can invest a good hour and a half and get through some pretty mediocre exposition and storytelling, you'll be handsomely rewarded with a very good time.
Posted by robotGEEK at 4:02 PM