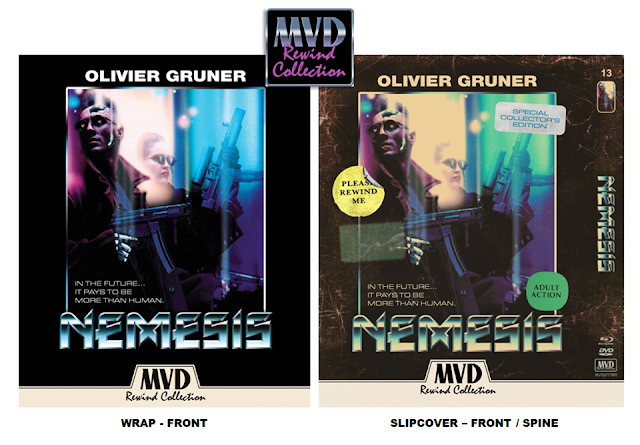 And here's yet another bit of great releasing news. Albert Pyun's sci-fi/action cult classic is coming to Blu Ray for the very first time in the U.S. courtesy of MVD Rewind Collection. While it has gotten a Blu release already in Germany and the U.K., this will be it's first time getting the HD treatment in the U.S., which is great news for those of us who love this movie to death. Another great addition to this release is that it will be in widescreen, something not available to us in the U.S. on DVD or VHS. It was available in widescreen on Laserdisc, but that's a harder format for a lot of fans to come by because it can be pretty pricey. So outside of that release, this will be the first time a lot of you can finally enjoy it in it's proper aspect ratio, which is a big deal since it's easily one of his most visually impressive films, made at a time when he was really just knocking out cult classics left and right.

I can't begin to tell you how happy I am to learn that so many of Albert Pyun's classics, some incredibly hard to find, are finally getting the respect and recognition they deserve. Most of his films came and went with little attention, no doubt as a result of their lackluster releases, most of which were usually in full frame, and some still damn near impossible to find. 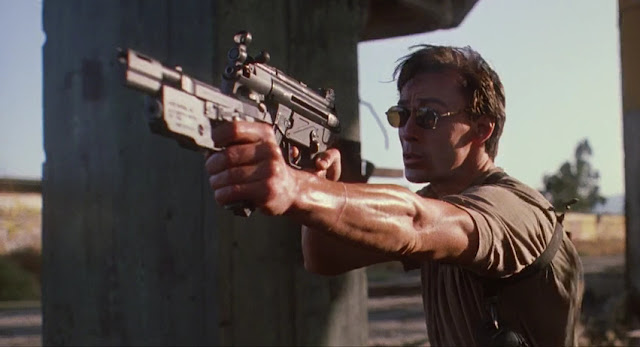 Here are the specs courtesy of MVD Rewind Collection:

Final Artwork for "Nemesis" (SLIPCOVER IS LIMITED TO FIRST PRESSING ONLY... once it's gone, it's gone) and update in regards to the bonus features (which are still subject to change)...DISC 1 - Blu-ray (This will have the main feature in both aspect ratios and the new interviews / featurettes). DISC 2 - Will be a DVD with alternate cuts of the film and archival features.

Note - Must give credit to David Wilkinson fromDrawing Board Entertainment for the cover and slip. GREAT work!

This is slated for a December release, and you can pre-order this bad boy over at Diabolik. As you can see, it will be a DVD/Blu Ray combo, and comes packed to the gills with extra's, including a mini poster. Put your pre-order in now!
Posted by robotGEEK at 12:02 PM