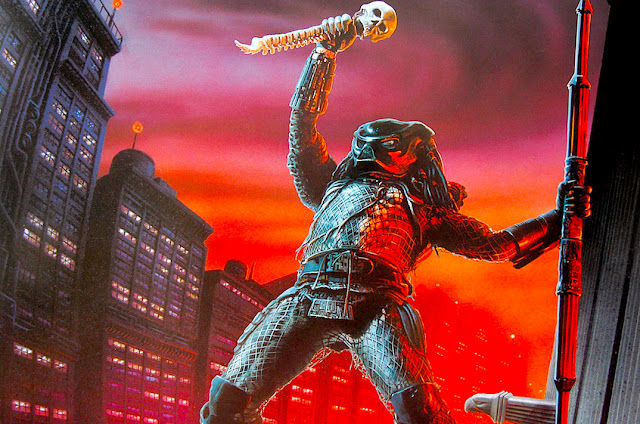 It's Time we Recognize Predator 2 is Awesome

I've always loved this movie. I remember going to the theater back in 1990 with my best friend and just loving it. I also remember having a rad Predator 2 poster up on my wall for what felt like forever because it was a film I honestly and truly loved during it's initial run. And being roughly around 14ish when it came out, I was completely unaware of the backlash it received, and the negative critical reception. It was only when I got older did I learn all that stuff, which surprised me because while it was a pretty different experience than the first film, I still enjoyed the hell out of it regardless.

I would find myself revisiting this over the next 28 years sporadically, and it wasn't until my recent revisit just last week that I really, honestly and truthfully appreciated it for what it was. It just hit me like a sledgehammer this time out. It was something that I've kind of always known, but never really understood fully until now. And that is that Predator 2 is fucking insane. Literally right from it's opening frame, Predator 2 begins with an insanely chaotic battle sequence smack in the middle of the streets of LA, and the film never lets up from that first 20 minute bloodbath...not for a single second. 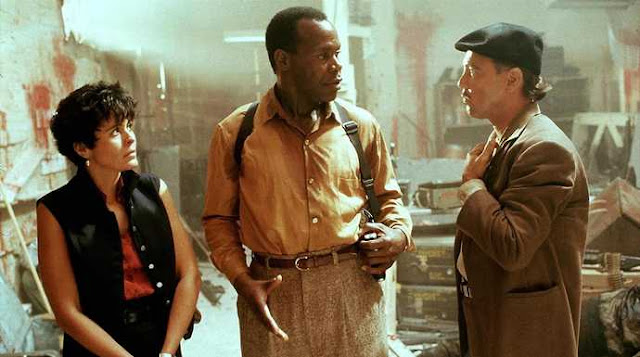 What follows is a series of seemingly random sequences after another that seem to one-up the one beforehand in it's sheer audacity, and what could easily have become a forgettable sequel to a pretty great film, has stood the test of time to become arguably one of the greatest sequels to a popular action franchise. Who knew!? I know most people who dismissed it initially have fallen in love with it for the first time since it's release, and those who've forgotten about it since their first viewing, have fallen in love with it all over again too. It's just one of those films that while never finding it's core audience at first, has only grown stronger with age, and those who dismissed it as an inferior sequel all those years earlier, are now realizing that it really wasn't all that bad. In fact, it's a blast, especially when you consider all the crap Predator films released afterwards....Predators not withstanding.

I still think Danny Glover was such an odd choice for the hero lead, but I can understand if the executives didn't want to go with an obvious choice of a big, hulking muscular badass to follow in Arnold's footsteps, instead going in a slightly different direction. But still, I never would have chosen Glover for the role. Not that he's bad, because he's actually pretty great in it. He just doesn't seem to be a proper fit in the grand scheme of things. Luckily he's surrounded by a pretty stellar cast that only makes you appreciate the film even more every time you watch it. 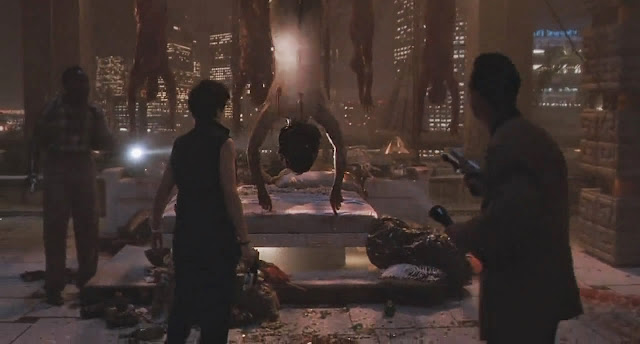 The legendary Bill Paxton, Gary Busy, Ruben Blades, Maria Conchita Alonso, Robert Davi, Adam Baldwin fill out this killer cast, and the one and only Kevin Peter Hall returns in the role of The Predator. I mean, if that's not a dream cast straight out of the 90's, I don't know what is? And they're all bringing their A-Game to the table, making it even more badass. If there was any weak links in here, it might be Maria, who just sort of looks out of place here, but that could just be me.

Let's not forget that incredible ending either! Remember, this was before the AVP films, and that ending with the little Alien Easter Egg and the reveal of other Predators for the very first time in a finale was pure geek heaven. I mean, can you remember that moment when the other Predators make their presence known by uncloaking? I specifically remember sitting in the theater as a 14 year old, and just yelling out "No way! Wow!", and just loving every second of that final act.

Director Stephen Hopkins was a relative newcomer to Hollywood. Having directed the Australian thriller Dangerous Game in 1987, he transitioned to both horror and Hollywood with 1989's terrible A Nightmare on Elm St. 5: The Dream Child, easily one of the worse entries in the entire series. And that's not really his fault. I mean, it's an awful script, and he didn't have a hand in actually writing it, so at least he was able to offer it some solid visuals, but it's a good thing that travesty didn't derail his career because he would follow that up the following year with this gem. And I have to give the guy credit, he handles the action sequences and just the entire spectacle of it all flawlessly. For a guy who hadn't ever done a big budget film before, he handles it like a pro, while also giving the film a slick aesthetic that makes it look much more polished and professional than you'd expect coming from a guy who hadn't really yet proven himself in Hollywood. Of course, we all remember that infamous "on air" bit when actor Ruben Blades was doing a live Good Morning America interview when Hopkins rudely and abruptly grabs Blades and pulls him away to start shooting. Hopkins received so much hate, backlash and even death threats that he had to go back onto Good Morning America the following day to apologize on air about his behavior and the incident. 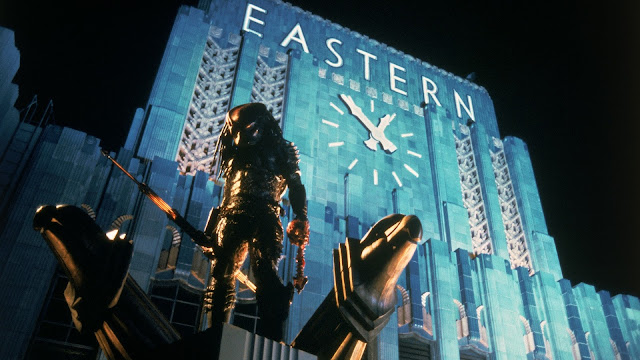 Of course, I'm well aware that not everyone digs this entry and I know for a fact a whole lot of people just flat out despise it, but I think what works in its favor is that it's just so damn nuts, never slowing down to take a breath, beating your eyeballs with seemingly random sequences filled with killer action, a fantastic cast, over the top scenario's and a love it or hate it vibe that is easily one of the best examples of why 90's action films were so great to begin with. Whether it was intended to be taken as a serious action film or not, the result is arguably one of the best times you'll have with a film of this type, and it's easily stood the test of time.
Posted by robotGEEK at 11:26 AM