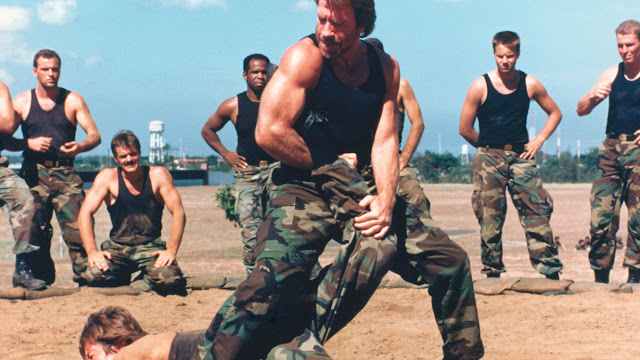 Despite the Cards Stacked Against Them, Chuck and Aaron Norris Deliver One of Their Best Films to Date

I should start by saying that I've never been a fan of director Aaron Norris (Chuck's brother and frequent collaborator). So much so that usually if I see he's listed as director, I just avoided it. And really that just stems from me feeling that he's just a very bland director, never giving his films any sense of style, which is a big deal for me. I'm a very visual person, and I need to be visually stimulated with films to enjoy them. I know, it sounds silly. But I've learned to ease up on that a bit these last few years, and I was encouraged by my good friend Rob (The Cinema Drunkie) to check out both this one and Missing in Action III (Another Aaron Norris directed film I avoided), because he guaranteed me that they were awesome. Let's dig in.

What can I say? Rob was right. Delta Force was indeed awesome, and whatever fears I had going in were immediately laid to rest because while the first half wasn't nearly as action packed as I was hoping for, the second half more than made for it in spades. In fact, I think I loved this sequel more than the original to be quite frank. While it's true that director Aaron Norris isn't that much of a visually interesting director, it's in his no-frills approach that serves the material well, allowing the action to take center stage, and boy does it ever. With Norris having worked primarily as a stunt coordinator before transitioning to directing, he knows how to make an action sequence look good and how to get the most out of any specific action scene, and that's where his particular style of directing really allows the material to do the work. There were some genuinely badass and brutal action scenes that even took me by surprise by their brutality, and that's not something I say very often. 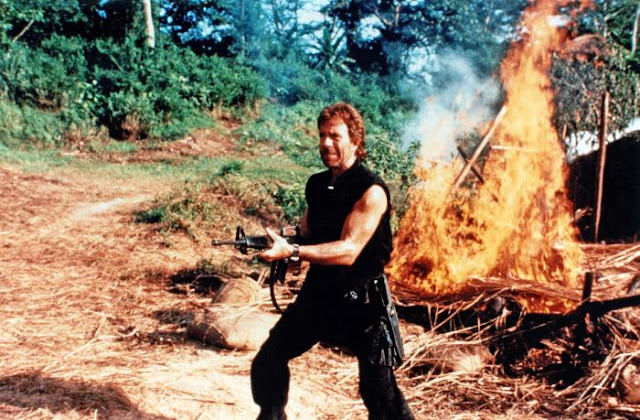 Chuck does what he does best, and here he's no different. Unlike the first film, his role is much more prominent here. If I remember correctly, he was only in about half of that first film. Here he's front and center, and delivers another badass performance. Nothing flashy. Just driven and stoic. I think my favorite part has to be when he was frustrated and needed to exert some built up anger, so he decides to fight his men in hand to hand combat, effectively kicking all of their asses.

The cast is pretty solid, with the one and only John P. Ryan (always a hoot) showing up as McCoy's (Norris) commander. The real standout though has to be the legendary Billy Drago, here as the villain of the film Ramon Cota, a ruthless Colombian drug lord. Drago gives a deliciously over the top performance in that very special way that only he can do. And Delta Force 2 has plenty of scenes for Drago to chew through, making it all the more enjoyable.

While there's plenty of exposition in the first half to get the ball rolling, it's in the films second half where DF2 really delivers. While Norris isn't surrounded by a large group of notable badasses like in the first film (Steve James and Lee Marvin to name a few), he holds his own as he goes on a solo trip to take down Ramon Cota after Cota kidnapped a few of his fellow DEA agents and is holding them hostage. Here he must infiltrate the drug lords compound by taking the impossible task of climbing an unclimbable mountainside, who's soon followed by his fellow agents.

Delta Force 2 was awesome and much better than I expected going in. The cast is great, the action even better, and it was a reminder that I shouldn't forget that Aaron Norris was a damn fine director once upon a time. In fact, his first 4 films are arguably his best and finest work. It's a shame he couldn't hold onto that quality after The Hitman in 1991, but at least we have Missing in Action III, Platoon Leader, Delta Force 2 and The Hitman. We can just forget about the rest. 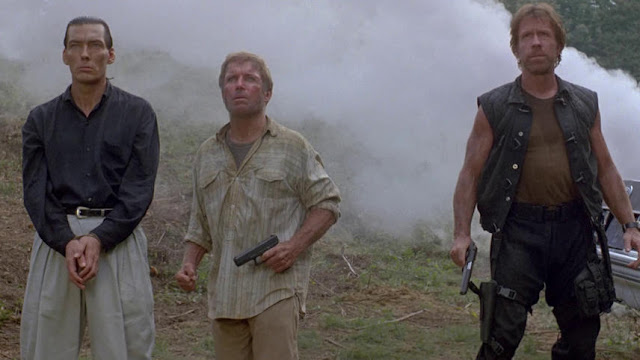