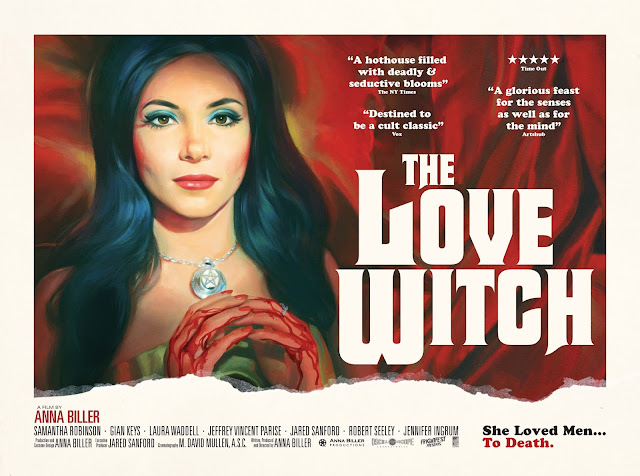 The only thing I knew going into this was that it was a throwback to Hammer Films, and that I had seen a listing for it playing at an Alamo Drafthouse Cinema theater a while back while I was visiting Austin for the weekend. Other than than, I went in fairly cold, not knowing what to expect really or if it was a serious take, or a comedy, or a horror film. The main selling point was that it was about a witch, and my wife loves that kind of stuff, so when Amazon recently offered it under their "new releases", we jumped on it on a Saturday night. Let's dig in.

When Elaine, a modern day witch, uses spells and potions to get men to fall in love with her, she gets more than she bargained for, and gets herself into some serious trouble.

Quite simply, this little film was such a breath of fresh air. A wonderful homage to classic Hammer films and melodrama's of the 60's and 70's, only done with a very tongue-in-cheek type humor that's not overly done, and still manages to effectively pull off what it's trying to do for the most part. To put it simply, it's a love letter to this era, and while not perfect, there is so much to love about this entire production. From the casting, to the insanely detailed and authentic design of everything from the sets, the clothes, the hair, makeup and down to the camera work. I was so enthralled into this world that writer/director/producer Anna Biller has created that I soaked up every single 35mm frame and image like it was my last. It's also important to note that Biller is also the set decorator, editor, did the score, costume designer, and art director, literally making her a one-woman-army. Wearing all these different hats behind the scenes didn't impede negatively on the films success either. Usually when one person does so many different jobs in a single film they tend to ignore or not put much effort into a certain area, but not here, except maybe the script, which I'll get into later. As far as pure design goes, the film is flawless in bringing this era of filmmaking back to life. 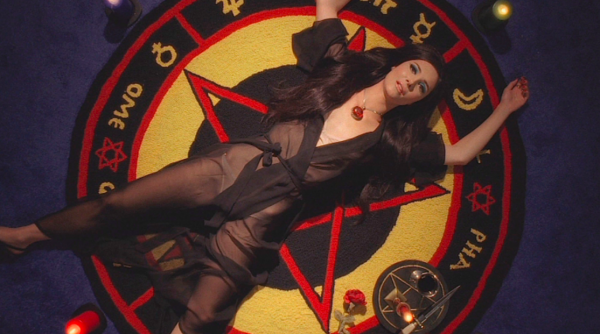 Outside of it's impressive design in nearly every department, what really makes the film work is it's cast, most notably Samantha Robinson in the lead as Elaine. Gorgeous and seductive, she looks like she literally came right out of a Hammer Film. And one of the things I liked most about this film is that Anna Biller cast all of the other roles with just as much care and precision. There's not a bad actor in the film, and each does an outstanding job in their roles. Now, it should be noted that this is a light-hearted homage that's very tongue-in-cheek and self-aware, so I think some might have mistakenly found the acting to be bad, or thrown off by it, when in fact it was purposely hammy, conveying the same cheesiness that we find in these classic films that did it by accident, only here it's on purpose. A lot of reviews I've read keep mentioning this part and I can't help but feel they're missing the point.

Now, as much as I enjoyed this, it's not perfect, and does suffer from a few issues. For all of it's style and creative energy, at times it's lacking substance and becomes tedious and sometimes dull. Some of this can be attributed to the fact that it's too long for it's own good, clocking in at 2 hours. Half an hour could easily have been trimmed. And while a lot of the things you see in the film are pretty, offering up dazzling eye candy, if it doesn't mean anything or go anywhere then you tend to get bored, and that's exactly what ends up happening, and ultimately while it starts off really strong (if you're into these kinds of films), it begins to slowly become less and less palpable. But really, and I can't state this strongly enough, you have to really be a fan of these types of films to enjoy this one, and if you can get past the first 5 minutes, then you'll know whether you can stomach the rest or not. And I say that in a very honest and genuine way, not in any way meaning to deter you. It's just that having read many other reviews on this, it seems either a lot of people just don't "get" what they're trying to accomplish here and completely miss the point, or that they just thought it was bad because of the cheesy dialogue and hammy acting, which of course was all done on purpose to accurately convey the feeling of that very special and specific time in film history. 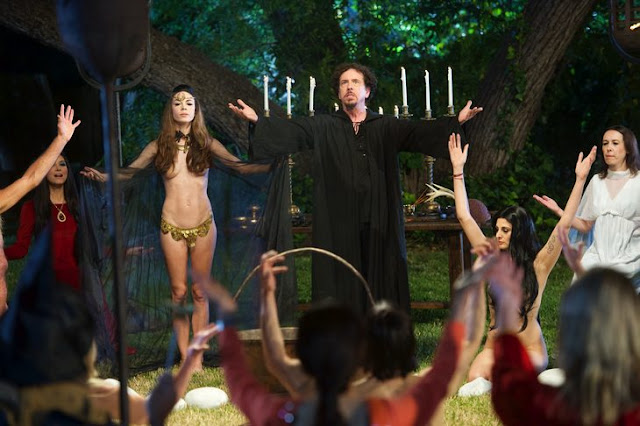 Though a bit too long and tedious, I still found enough to love about this film that kept me invested and thoroughly entertained, mainly in the main actress who seduces you right from the beginning. and also in Anna Biller's impeccable design of literally everything. It's just a tour de force of the senses that tends to overstay it's welcome, yet still remains enjoyable "if" you're into these kinds of films.