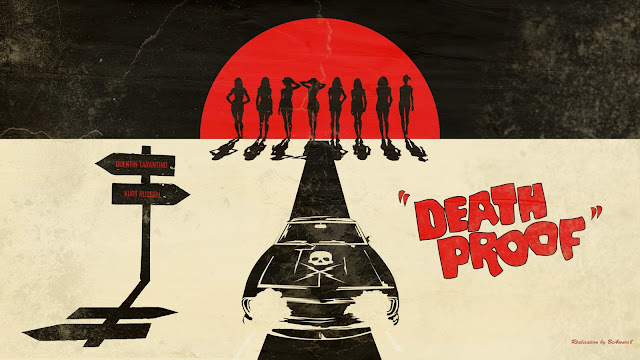 We all know how Tarantino and Rodriguez set out to make Grindhouse, doing something that hadn't been done before, and utilizing their ever-growing power and status as important innovative filmmakers to deliver a 2-Film Grindhouse experience, complete with fake trailers to films that we all are dying to still see, only to have it crash and burn in a matter of days. So I won't get into that. What I will say is that when I first saw Death Proof for the first time, I hated it. Hated it with a passion. I found it long, dull, too talky, and it didn't look like the kind of film they were touting it as....not to me anyway. I hated the character of Jungle Julia so much that I wished her dead within 2 minutes of seeing her on screen. I hated the constant long conversations between the females about nothing that never drove the film forward in any way. I hated that Tarantino thought he knew how women talked and acted in their little clique's. So I avoided it for years.

And then a funny thing happened. For some reason I decided to revisit it last year, and surprisingly, I was absolutely blown away by it. I loved it. All of the things that I hated about it before didn't bother me anymore. In fact, I found these specific touches the very things that made this film so special......aside from the casting of Kurt Russell as Stuntman Mike, introducing the world to the legendary hot badass that is Zoe Bell, and of course the insanely rad car stunts. I decided to revisit it yet again recently so I could introduce it to my wife for the very first time, and again, I loved it, but most importantly, she loved it more.

Tarantino has often regarded this film as his worst. I've read several quotes from him saying this, but I've never come across an article or interview where he goes into detail about why he feels this way. It's a broad statement, and I can only assume that he's not calling it a bad film at all, but rather the least of his favorites in his entire filmography of pretty great films. For a long time I considered it his worst as well, only to rediscover it and be head-over-heels in love with it now. In any case, if this is the worst he can do, then he's in damn fine shape because it's leaps and bounds better than most other directors can offer on a good day. I was also much more observant this time around, and noticed a few things about this that I hadn't before.

For starters, one of my biggest issues with this prior was that I felt Tarantino only really gave it the whole vintage Grindhouse vibe early on in the first 10-15 minutes. But that's not true. It's more prominent in the beginning, sure, but he keeps it going throughout the entire first half of the film, for a good 45 minutes.

Which brings me to another aspect of this film I hadn't noticed before. Death Proof is like 2 different stories, both 45 minutes long each, that are only connected together because they both feature Stuntman Mike as the protagonist. But they're 2 separate stories with two sets of women that Stuntman Mike is after for no other reason other than that they're pretty women. But one thing I noticed before, and again this time as well, is that unlike with the previous story involving the girls leaving the bar, Tarantino does not continue the Grindhouse-looking vibe for this second story. And that was something that bothered me a lot the first 2 times I saw it, but I realize now that it's maybe because this portion of the film really needed to focus on the insane stunt work, and having the film look muddy and grimy might tarnish all the work that went into creating some of the most intense, most spectacular car stunt work we've ever seen on film. In an era of CGI Fast & Furious nonsense, the fact that they were able to pull off some legendary car chases, crashes and stunts 100% practically just blows my mind. It's the main thing anyone will walk away from with Death Proof, and having revisited it a few times, I feel that it was a wise decision on his part to focus more on the stunts rather than the look of the film for the second half of Death Proof. Tarantino still keeps up the basic aesthetic, just without the scratches, missing scenes, and elements to make it look worn to shit. 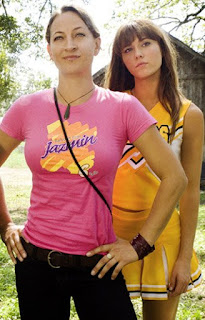 It goes without saying that from the very beginning, QT has had an uncanny ability to expertly cast his films, and it's no different with Death Proof. Kurt Russell as Stuntman Mike was just brilliant. The guy, mainly known for his iconic roles in John Carpenter films, here turns in a devilishly evil performance as an egomaniac stunt driver (so he says) who gets his rocks off out of terrorizing innocent young pretty ladies. Russell is so good in fact that it's become one of his most recognizable and iconic performances in his 50+ years long career.

But Russell isn't even the standout in this one.....shockingly. No sir. That honor goes to Zoe Bell, a stuntwoman from New Zealand who got started on Xena: Warrior Princess as a stunt double and who blew Tarantino away so much after playing The Bride's stunt double in Kill Bill that he cast her in this. Here she shines brighter than any other in the film, and she proves to be a natural in front of the camera, and most importantly, completely likable. And to see her doing her own stunts in quite a few shockingly harrowing scenes will blow you away. If anything, Death Proof, and more importantly, QT, introduced the world to Zoe Bell, and simultaneously proved what a total badass babe she is.

On the flipside, I have one single complaint, and that is that I still found Sydney Poitier as Jungle Julia utterly annoying. I hated every second she was on screen and I found her so unlikable that any scene she was in was a struggle for me to get through. Rude, stuck-up, condescending and arrogant to the max, if this is what QT was going for, then he succeeded wholeheartedly. Needless to say, I'm glad she was only in half of this film and found her death to be completely satisfying.

Upon this revisit, I have moved this film up significantly on my list of favorite Tarantino films. Not sure exactly where it falls, but it's pretty high up, definitely before Django Unchained, Jackie Brown, Hateful Eight and Inglorious Bastards. It's an often maligned and overlooked gem that only gets better with age and each new viewing. Though QT himself considers it his worst film, I find it far more enjoyable than some of his most recent films. Sure it's just as "talky", but it moves along faster and coupled with his Grindhouse-inspired touches, makes it a thoroughly enjoyable ride. 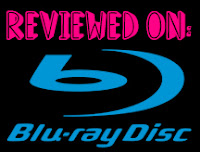