Documentary Dynamite!: Final Cut - The Making of Heaven's Gate and the Unmaking of a Studio 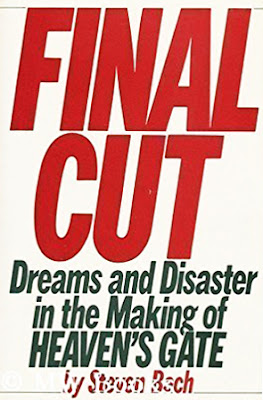 Months ago, when I discovered Michael Cimino's gritty, bloody masterpiece Year of the Dragon, I became somewhat obsessed with knowing as much as I could about Cimino, not only the filmmaker but the man. I soon discovered that former United Artists head honcho Steven Bach wrote a book about his experience in dealing with Cimino when he and UA hired him to make his next feature, after just having won Oscars in directing and for Best Picture for The Deer Hunter. That next feature would be the notorious Heaven's Gate, an epic period western that was originally budgeted at 7 million to produce (that figure came from Cimino himself), and would ultimately skyrocket to close to 50 million, and bombing so hard at the box office that it would go down in history as one of, if not the biggest, box office disaster in history. Remember, this was 1979-1980 and that was a lot of money back then. The entire situation was so bad that it's often blamed for destroying United Artists, one of the biggest studio's at the time.

This book, Final Cut, written by Steven Bach himself chronicles the years long headache and disaster of trying to control a perfectionist who would do as many as 50-100 takes for a single shot, and who got so behind schedule right from it's very first week of production that the story of making the film became much more entertaining than the film itself. Since it's release, Final Cut has been re-released several times with expanded or updated versions and you can find it for cheap on any online marketplace like Amazon, eBay or Half.com. 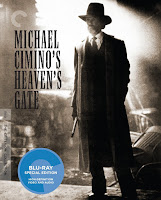 But wait, there's good news. While reading this book and really enjoying it - though personally I felt Bach tends to get sidetracked, going into area's that really have nothing to do with working on Heaven's Gate as a studio head, like for example, he keeps bringing up Woody Allen. I'm assuming it's because he was a great example of a filmmaker who made films on time, on budget, and was easy to work with, the complete opposite of his experience working with Michael Cimino. Bach also goes into great detail about how UA began from it's early days, so he dedicates a lot of time and many chapters on things like this until you get to the good stuff, which I found tedious more often than not. In any case, I discovered that there's a documentary of the same name based on this very book. So if you're not in the mood to read the actual book, the doc will certainly fill the bill.

I gave it a watch last week and found it to be every bit as entertaining and informative as I had hoped. Using vintage footage of everything from on-set photos and new and old interviews, of a lot of the key players in the film and production, including Steven Bach himself, the documentary wisely trims the fat of the book and keeps to the meat of the story. Plus, it's narrated by Willem Dafoe, who adds a touch of awesome to the whole thing. I had heard that this doc was prevented from making it into the Criterion Collection DVD and Blu Ray release by Cimino himself, so the only way currently to see it is on YouTube, and thankfully, it's in it's entirety. There are several uploads where you can view it in parts, but there's also the entire thing available without it being broken up. For your convenience, I'll include the complete version below. Enjoy!