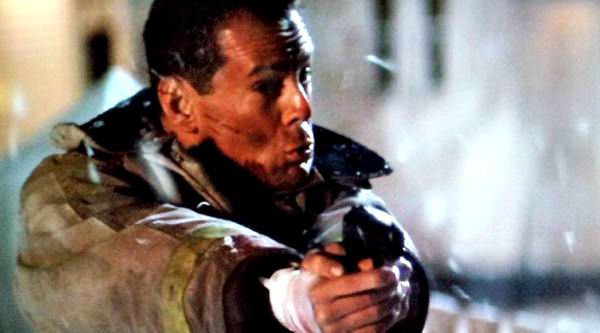 It's really hard to love the entire Die Hard franchise. Let's be honest. After 3, they've all just gone downhill in terms of quality and entertainment, with the character of John McClane turning more into an un-killable superhero rather than an average man thrust into chaos. There are countless reasons why the last 2 films are just terrible, with Part 3 just barely skirting that edge, but retaining enough of the original 2 film's luster to keep it in check. Even then, it doesn't always look and feel like a Die Hard flick, and for that, I rarely ever revisit it.

But Die Hard 2: Die Harder is different. Released only 2 years after the original blew us all away and redefined the action genre, while also creating a whole new sub-genre, Die Hard 2 was pretty much what was expected of sequels back then, giving us a lot of the same, while throwing in a little bit of new. Director Renny Harlin, hot off the success of A Nightmare on Elm Street 4: The Dream Master, was in the middle of directing the Andrew Dice Clay vehicle The Adventures of Ford Fairlane when producer Joel Silver was so impressed with the daily's he was getting back that while the film was still shooting, he immediately hired him to direct the next Die Hard film. Working on both films simultaneously didn't faze Harlin as he was young, thirsty and hungry for work. Harlin could do no wrong. Once upon a time he was one of the hottest directors on the planet, and the most successful Finnish film director to date. Sadly, it would only take a film a few years down the road to see this rising star crash and burn hard. That film was 1995's Cutthroat Island, one of the biggest flops in history, and his career has never fully recovered. 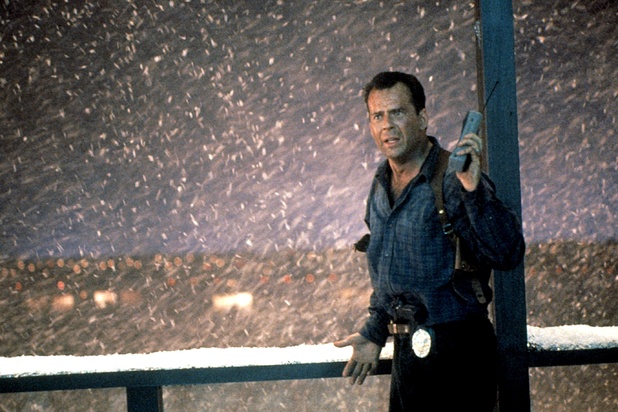 Of all the Die Hard films, I find myself revisiting this one the most. Sure the first one is a game-changer, and one of the most thrilling, well-made, inventive, and badass action films ever made. Not just from the 80's, but "any" decade. Watching it nearly 30 years later and the film still holds up better than most current action films made today. The same can be said for Die Hard 2. Sure it's a lot of the same old thing; John McClane must once again tackle a group of terrorists on Christmas Day, only this time he's in Washington, DC, stuck at Dulles International Airport. And trust me, they're completely aware of the absurdity of this. There's even a now famous line that was the spotlight of the teaser trailer, "How can the same thing happen to the same guy twice?!", though a completely different take was used for this in the final film. But you know what? That's fine. I liked the familiarity. I like when Bruce Willis looks and acts like John McClane, something that would start to change starting with Part 3, before Parts 4 and 5 totally overhaul the character into someone almost unrecognizable. But for me, this film takes a lot of the same elements that made the first one so great and dials it up a few ridiculous notches, resulting in a sleeker, cooler, and more fun film experience in general. 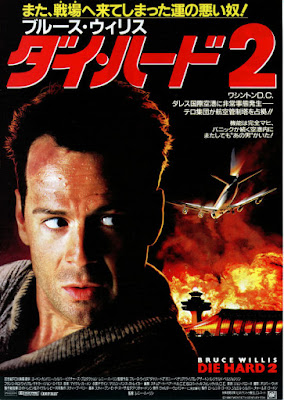 A lot of what happens in this is highly ridiculous, totally unplausable, and from time to time, nuts.
But that's what makes this so great! It's the perfect example of "why fix it if it ain't broke" kind of action cinema. Harlin and returning screenwriter Steven E. de Souza up the ante numerous times, and the death toll, with one sequence where an entire plane full of people goes down. Hell, even Michael Kamen's iconic score seems more prominent and boisterous this time around. And that's what I love about this. Everything is bigger, louder and better.

While Renny Harlin deserves a lot of the praise for how great this film looks aesthetically, he can't take all the credit. Here he re-teams with his Ford Farlaine cinematographer Oliver Wood (Face/Off) and the result is a sleeker, very "90's" looking action film. I wish Harlin stuck with this style. He began drastically changing the "look" of his films starting with Cliffhanger, and he's never looked back, which is a shame because of all the films he's made, I have to admit that Die Hard 2 and The Adventures of Ford Fairlane are his best looking films to date.

One of the things I love seeing every time I revisit this one are all the familiar faces, especially in the group of terrorists. I think this is where John Leguizamo and Robert Patrick might have even gotten their start. Nearly every one of them have moved onto bigger things, and it's kind of surreal to see them play terrorists with little screen time and for the most part, not a single line of dialogue. But this is Bruce's show and once again, he shines as John McClane. I've always loved Willis, but his output, especially around this time, was erratic to say the least. Moving from genre to genre, sometimes even making 4 films a year, all with varying degrees of success, it's nice to see him at his most animated, snarky, and smartass best. That began to change with Part 3, where he became a more serious and beat-down McClane. And I don't even recognize McClane in Part 4: Live Free and Die Hard. That's the moment the franchise completely lost me.

Die Hard 2 doesn't get the love and credit it deserves. It's a much better film than history gives it credit for, and one of the best sequels ever in the ever-popular short list of good sequels, because you know, most of them suck. Die Hard 2 is slick, never once slowing down long enough for you to gaze over at the clock, throwing blood, mayhem and violence at you at a breakneck pace. The visual artistry alone is worth the watch. This was made at a time when models, miniatures, squibs, matte paintings and green screen were still utilized to their full extent. And again, it all looks better and more realistic than 99.9% of the CGI garbage we still continue to get, even in 2016.

If it's been a while, I implore you, please revisit this classic. It's so much fun, so absurd, and one of the most stylish looking action films ever made. Everyone involved brought their A-Game to the table here, and while the rest of the franchise did a steady decline in quality and entertainment immediately following this entry, at least we'll always have the first 2 films as a reminder of the promising start to one of the best action franchises ever made.
Posted by robotGEEK at 2:22 PM