Batman: The Killing Joke, A Huge Misfire for WB Animation 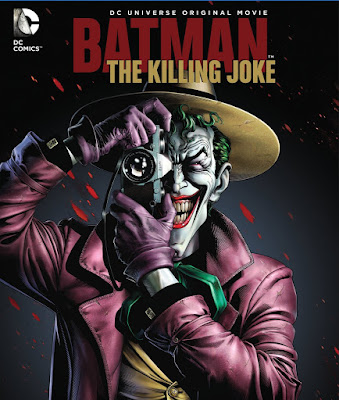 As you may know, this new entry in the Batman animated film franchise had a large push behind it, more so than any other I can recall. In the geek community, the rumblings were big and loud. Just the idea that they were finally going to make something out of Alan Moore's iconic 80's Batman story was something to really, really get excited about. Then they announced, shockingly, that this film would be getting a special theatrical screening courtesy of Fathom Events for 2 Nights Only. So automatically, the excitement got kicked up considerably since this is the first time they've done this. It can only mean that this is something incredible, right?

Wrong. I don't even know where to start. First of all, if you recall, the graphic novel was very short to begin with, so you have to expect a lot of liberties to be taken and fluff added to stretch out the running time to feature length. And that's where a lot of the film's problems come from. They begin the film by having the president of WB Animation introduce the film, talking about how great the film is, how incredible the cast is, and how groundbreaking the comic it's based on was. It took a few minutes, and a good half the audience seemed annoyed, but it was short. Then they give us "another" intro, this time with Mark Hamill discussing how he got started on Star Wars and how he's now known for voicing The Joker and his inspiration and yadda, yadda, yadda. That little bit was about a good 15 minutes or so I think. Again, people were getting restless, but less so because it was Luke Skywalker after all.

Then the film started, and we are immediately treated to a 30 minute story about Batgirl, chasing some villain, with Batman periodically jumping in to save the day. This half hour story, which is actually part of the film, has nothing to do with the rest of film whatsoever. They never connect in any meaningful way, made all the more obvious when you actually forget that you're watching a film based on Batman: The Killing Joke. It's sole purpose is to add some padding to stretch out the short running time.

So finally, that weird unimportant 30 minute story about Batgirl is done, and the real story begins. Immediately, you sense a huge shift in tone, which just goes to show you how out of left field that Batgirl story was.

As a Batman animated film, it's okay. The animation is just okay, and the story, well, it's just okay. And that's the biggest problem with this film. It's just okay, never going as far as you expect it to go for a film that got such a huge push. Of course the voice work by Hamill and Conroy are on point, with even Ray Wise coming on board as Commissioner Gordon, but that's not enough to justify the mediocrity of this little film. And guess what? When you take the Batgirl story out of the picture, it's less than an hour long. So suddenly all those intro's and the Batgirl story make sense, they needed fluff to stretch out the film to justify charging $11 per ticket. 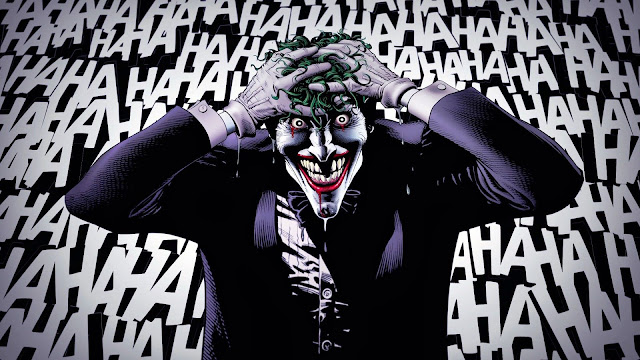 When the film showed it's last frame, and the credits rolled up, I shit you not, there was a really uncomfortable silence, followed by very loud "that's it?", "huh?", or "whaaat?". Let me tell you folks. It was weird and most people walked out of that theater complaining, mostly mumbling under their breath. And let me remind you that it's a very safe bet most, if not all, of them have actually read the comic book.

I've had time to process the experience, and I've come to the conclusion that I just did not like it for a variety of reason. For one, it's a good comic that just didn't translate well to the screen. While using the Killing Joke as a base, they could easily have gone further with it. It never seems to go as far as you expect it to. They did stay faithful to the book, but sometimes that's just not enough.

The animation is another issue. For all the advances we've had throughout the years on a technical level, I think everyone, including myself, was surprised at how sub-par the animation detail was. Again, for a film that got this big push for a special theatrical screening, you'd think the animation department would have upped their game a little. It came off as a bit too cartoony, and not dark and menacing. They "kind of" stick to the Brian Bolland aesthetic, but it's easy to see they wanted to appeal to the masses and in that sense, it's very straight-forward.

I'd like to end this by saying that all in all, this was a huge misfire. It's not terrible, but it's not memorable either. It's worth a rent, but nothing more.
Posted by robotGEEK at 12:12 PM