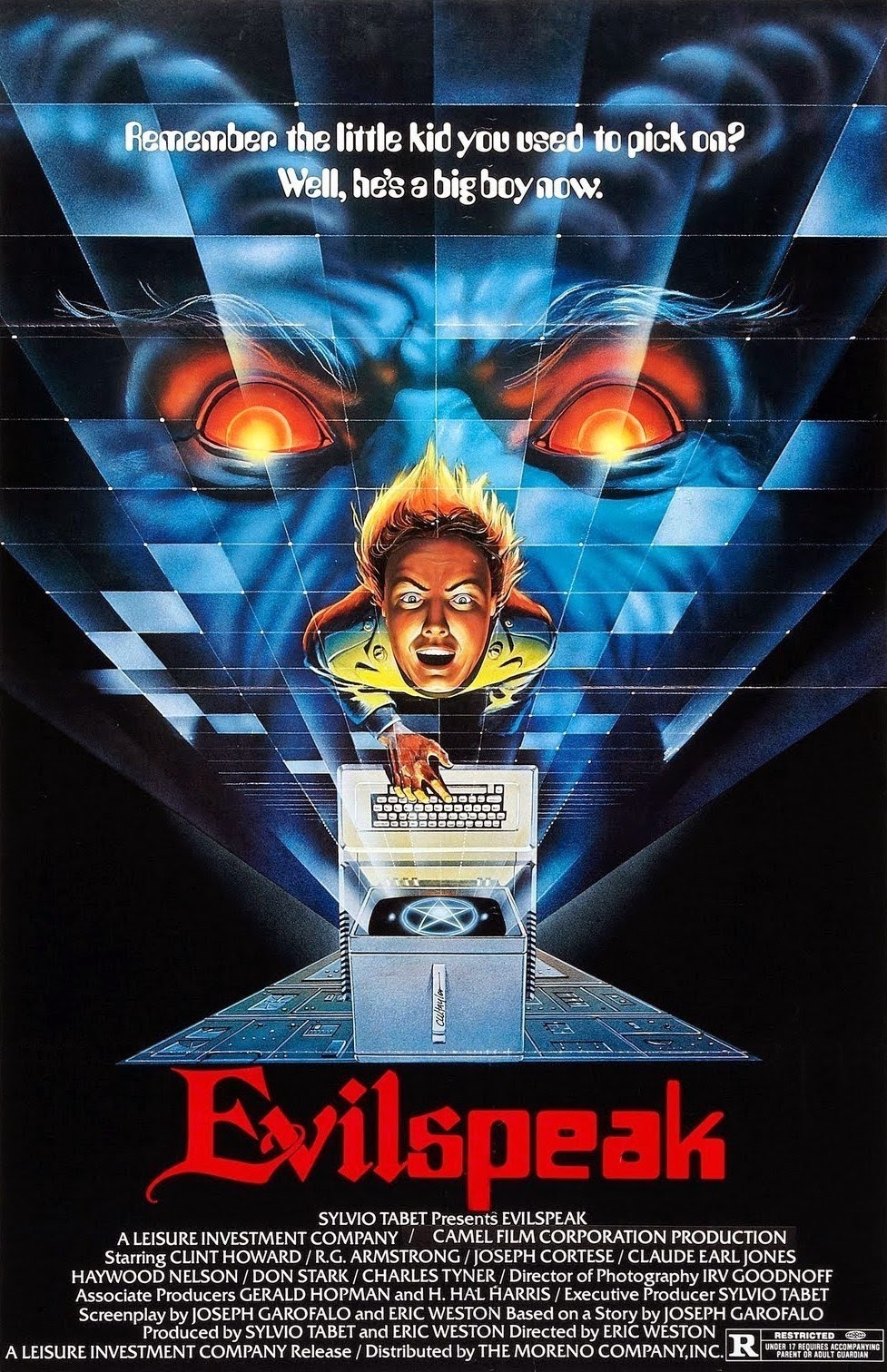 This was a film that I generally had no interest in seeing for some reason. Amazing cover art for sure, but I guess I didn't know enough about it at the time to ever make the effort. But that cover art would always pop up on my radar throughout the years, Hell, I even had it on my blog homepage for years just because it's freaking awesome. Little did I know that was actually none other than Clint Howard on the cover. You coulda fooled me! Then Scream Factory released this baby on Blu ray recently and after tons of positive word of mouth, I jumped on the bandwagon. And I'm glad I did, because Evilspeak is a great little slice of 80's horror heaven.

Stanley (Clint Howard) is an outsider in a military school. With only one person he can call a friend, he seems to be ruthlessly taunted on a daily basis. What's more, it seems even the coach, dean and priest don't seem to care, sometimes even getting in on the action. Stanley discovers a hidden dungeon in the school that nobody seemed to be aware of. Inside he finds ancient scriptures used to conjure up an ancient demon. Together with the power of a computer circa 1981 (quite hilarious), Stanley has revenge on his mind.

Evilspeak has a lot of positive things going for it, most of all the fact that it just screams the 1980's. But it's also got a lot of charm, something that's very hard to come by in really any film from any decade. They're either good, or they're not. But Evilspeak surprisingly falls right in the middle where it's fun and entertaining, yet is also a true blue horror film made on an obviously limited budget. But it was the 80's, so regardless, it just looks cool and nostalgic. I'm not going to say this was a perfect film, because it's not - far from it. But it's a fun one and if you love horror films - especially older ones - this will be right up your alley.

Make no mistake, Clint Howard sells the shit out of it. Honestly, if it wasn't him in the lead, I doubt it would have been as successful as it ultimately is. While there's nothing special or spectacular about Evilspeak, it's execution is commendable. Shot surprisingly well, unnecessary nudity, amusing aesthetic, spot-on casting, and an ending that makes the films generally slow-burn approach well worth the wait. That ending is what makes the film my friends, and believe me when I tell you that it's just awesome.

While not a film that I can find myself repeatedly, Evilspeak carries the goods for a good time. Gather some friends, pop those bottle caps and throw this on; it'll be a good time for all. One thing's for sure; it has one of the coolest movie posters of all time.
Posted by robotGEEK at 10:44 AM