As I put some finishing touches on a few reviews, I thought I'd share this little flyer I whipped up for this weeks Badass Cinema screening at my place for a bunch of friends. Man, I am super stoked for this one and I hope it lives up to the hype. 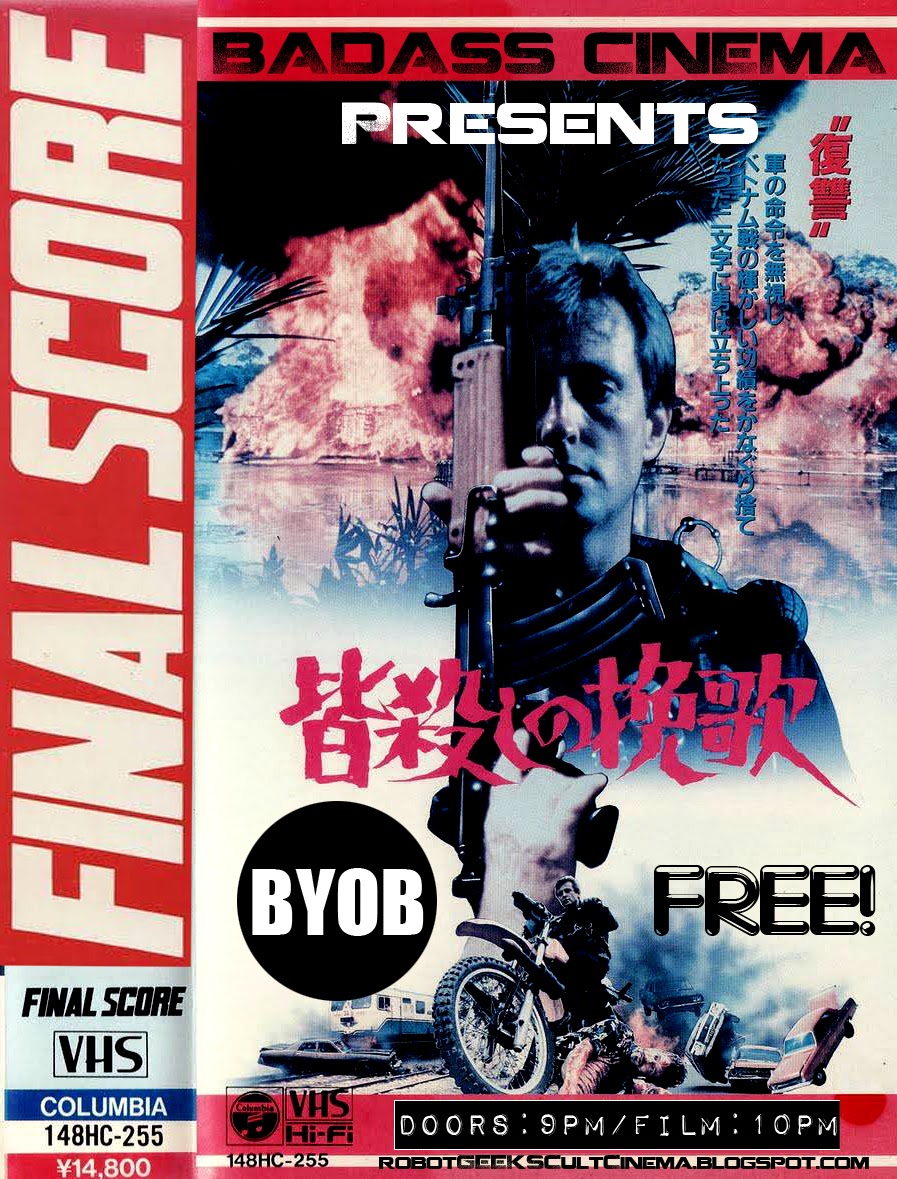 Here's the description I included with the flyer:
"Tueday! 9 PM! We will be screening the MEGA RARE Insane 80's Action Masterpiece Final Score! From legendary Indonesian action director Arizal, and starring Chris Mitchum, supposedly this is the cream of the crop of foreign action at it's most shocking and insane. A no-holds-barred tale of revenge with some of the craziest stunts, action and violence reportedly ever filmed. This was only ever released one time on VHS in Japan, and that's it, making it one of the most highly sought after films on the market. Join us and share the experience of watching some BADASS! "
*Reminder: This is not Bad Movie Night. This is....BADASS CINEMA NIGHT!