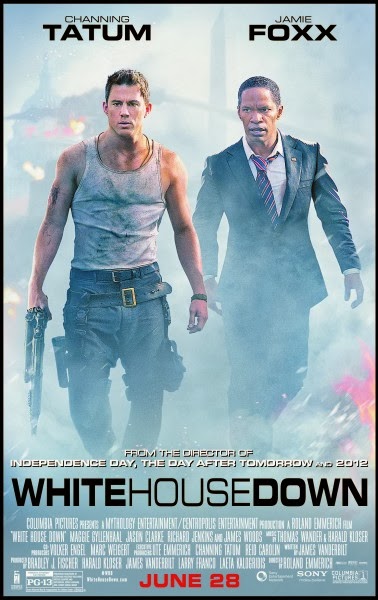 For the past 10 years, writer/director Roland Emmerich has been referred to as the "King of the Disaster Flicks". * I'm not making this up. I know I've read that several times online. Cuz you know, everything on the internet is true. But I feel that's a fair call. I don't think any other director has tackled as many big budget CGI laden disaster flicks as he has and has made them look so effortless. Like them or not, you have to admit, the guy is good at making them. Yes they're CGI orgy-fests, but to his credit, he makes them cheap and they never go over-budget, but most importantly, they look good. He knows how to handle effects and how to get the most out of them with minimal cost. As a director, he's dipped his hand in all different genre's, action, sci-fi, monster movies, disaster flicks, period pieces, but my favorite Roland Emmerich films are his action/sci-fi films with Stargate, Universal Soldier and Independence Day being his most popular. Universal Soldier was my first introduction to him, and it was shortly after seeing that for the first time that I found out he was responsible for a great looking DTV sci-fi flick I really enjoyed a few years before called Moon 44 starring Michael Pare and Malcolm McDowell. Unfortunately, this little gem isn't available on DVD here in the U.S., but I hope it will be one day. Though not big on action, thematically and cinematically, it's visually brilliant.

But we're here for his latest straight-up action-fest, the James Vanderbilt (The Amazing Spider-Man,The Rundown, Zodiac) scripted and Channing Tatum/Jamie Foxx starring White House Down. Here's a few facts you should know before we get into this. This came out just a mere 3 months after the similarly themed Olympus Has Fallen and while Olympus was successful-though not hugely, White House Down, off of a $150 million dollar budget, was a massive theatrical flop financially speaking. Honestly, I'm not really sure why. It certainly delivers the goods as far as action films go, and I would have thought there were enough Channing Tatum fans out there to at least make this semi-successful. But alas, that was not the case. Even with my gripes, which I'll get to in a minute, it's an extremely well made action film made by a guy who knows how to make good action films.

Here's what I noticed with White House Down. Though big on spectacle with lots of action and explosions and some pretty badass set pieces, it all feels watered down a bit. It's violent in the sense that there are lots of guns being fired and lots of explosions, but not a lot of blood. It feels like they were doing their absolute hardest to make this a PG-13 affair so that they could fill as many seats as possible and strayed away from showing any graphic or unnecessary violence and gore. But you know what? That's the shit I love in action films. So while entertaining as hell moving to a fast pace, it was leaving me "Ooohhh"ing and "Aaaahhh"ing like I hoped it would. Let me put it this way. I watched it with my 10 year old son, and there was nothing in it that I had second thoughts about letting him see.

Emmerich is an extremely talented and efficient filmmaker. No question. But he doesn't always hit his mark. White House Down looks slick as hell. In fact, it's a rare example of an action director taking the time to make his film look good and not rely on some shaky-cam. That's what I've always loved about him. Whether they're great or just okay, he always makes them look good and this one is no exception. Channing Tatum and Jamie Foxx do respectable work here, but it just constantly feels like they're playing it safe. You feel like they could have pushed it a little harder with some action and violence, which is surprising considering how much there is in here already.

Overall, I prefer Olympus Has Fallen to White House Down only because it's a much more brutal film. In this day and age of studio's trying to deliver "safe" films so they can fill the seats, brutal is a rare thing to come by and a type of film that we need more of. If you recall my little "Quick Shot" review of Olympus, I like to refer to it as the best Die Hard film that's not actually a Die Hard film. It's actually immensely better than the last 3 Die Hard films put together made all the more satisfying with Gerard Butler doing his best John McClane impression and nailing it. Maybe that's why Olympus was so much more successful than White House Down?
Posted by robotGEEK at 9:36 PM