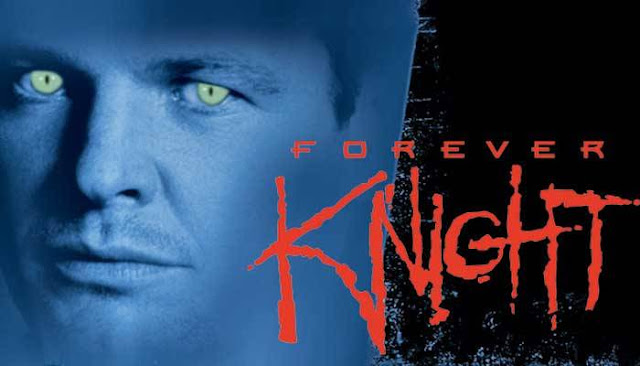 Forever Knight is a TV show that began in 1992 and ran for 3 seasons and follows the exploits of detective Nick Knight (Geraint Wyn Davies), an 800 year old vampire attempting to redeem himself by doing good in the world after centuries of killing. While I haven't actually seen this show personally, I do know it has a huge cult following and was not easy to come by for many years after it's original air date. I believe it's since been released on DVD as a Complete Series set, which you can get for under $30 from any number of your online retailers.

The entire series is currently available for FREE on TubiTV.com.

Do you like this series? Let me know what you think. I'm debating whether to add it to my ever-growing list of shows to watch.