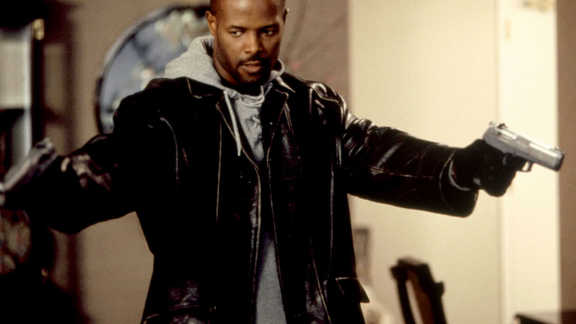 A Lowdown Dirty Shame Of A Missed Opportunity

Full disclosure. I was very excited to see this. It's a film I have seen before, but remember nothing about. And as I'm knee-deep in the thick of a 90's binge, I suddenly remembered this little-talked about entry from Keenan Ivory Wayans, who while primarily a comedy director, tried his hand at action for a very brief period in the 90's, only to go back to directing comedy. 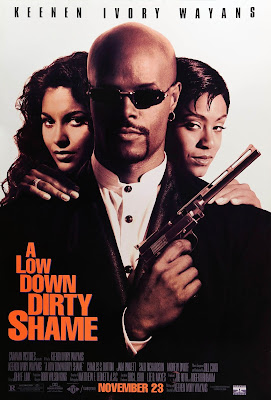 I really wanted to love this. On the surface, it should all work, especially since Wayans proved his love for Blaxploitation with his previous directing gig I'm Gonna Git You Sucka, a hilarious love letter to the genre. Yet I didn't find that it all quite worked here. I didn't find it funny enough when it was trying to be funny (often times coming off as painfully forced), and the action never really hit as hard as it should have. There were some great setups for sure, but I don't think he's a strong enough director to handle the action unfortunately. It all comes across as a bit ham-fisted and surprisingly dull. But that's just my opinion. I know there are those out there that do like this movie. I just wish I was one of them.

I had forgotten Jada Pinkett-Smith was in this, and it's kind of bizarre to see her play this kind of character when she's turned into such a poised and serious person as she's gotten older. Here she plays sassy like nobody's business, and while I did find it cute mostly, it can also be incredibly annoying at times. Wayans, for his part, does a serviceable job in the lead. Not entirely memorable, but not terrible either, which is partly why you probably don't see much of him in acting roles outside of the ones he writes for himself, The Glimmer Man notwithstanding. He was pretty good in that. I haven't seen Most Wanted (which he wrote) yet though, so I'm excited to dig into that one soon.

I hate to sound so harsh, but I really was looking forward to this and honesty, I just couldn't get past the feeling that it should have been so much cooler. I could easily see this turned into a franchise, which would have been great, but it just all feels a bit flat, and that's such a shame. I mean, you don't hear people ever talking about this one, and for good reason. I feel in the hands of the right director, who could handle the action set pieces a lot better, and who was experienced enough as a filmmaker to make tough decisions in certain areas, like cutting out some of the comedy that just didn't work, and a much better soundtrack than what we were given, it could have worked really well. The opening credits are badass, and gives you a sort of false hope that it's going to be a slick homage to 70's Blaxploitation, because it definitely looked it. But that was really the only time I ever got that vibe sadly.

Posted by robotGEEK at 2:25 PM