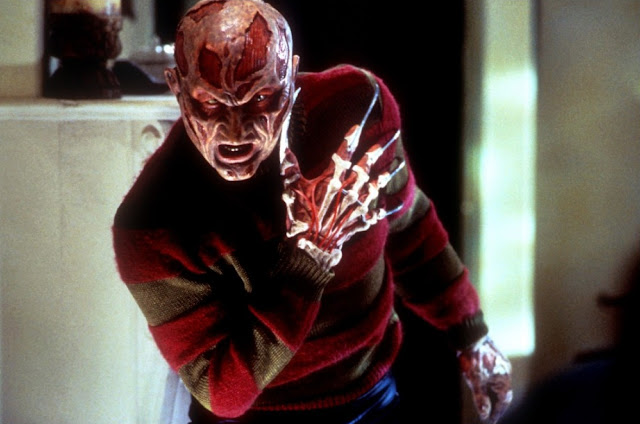 Wes Craven's Meta Masterpiece Is Waiting To Be Rediscovered

It's such a shame this movie doesn't get more respect. Or that it's considered a classic. Having not seen it in quite some time, I was both pleasantly surprised and honestly floored by how brooding, intense and all around engrossing this was, and I think a lot of that has to do with the fact that not a lot of people talk about it. And I'm not really sure why, because this was pretty fucking great.

It's safe to say that the series had taken a hard detour into the absurd. There are moments in Part 3: The Dream Warriors (undoubtedly the most popular in the franchise) where Freddy is beginning to turn into the wise-cracking trickster we would eventually be accustomed to, but it's also easy to forget that in the first 2 films he was serious, scary and mean. Part 4: The Dream Master (my personal favorite, even though it's basically just a long slick looking music video of random sequences that don't make any sense) is where he fully embraces the silly side of his character, before everything goes overboard and into shit with Part 5: The Dream Child, a film I have never been able to finish. 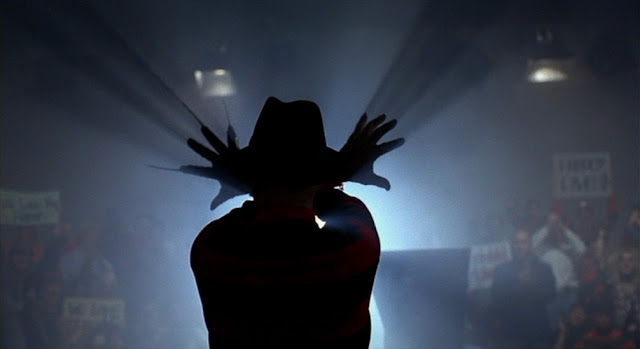 So with this film, Wes Craven wanted to re-establish the franchise and the character of Freddy by taking him back to his horror roots and away from the silliness and campiness that had run rampant in the series for years. And honestly, he fucking nailed it here. Everything about this film works, even in it's surreal meta film within a film world dichotomy.  It's dark, bleak, mean-spirited and so immersive that you barely even realize that Freddy Kreuger doesn't even make his first appearance until a full hour and 20 minutes in! Because you're fully invested, and you're submerged into this story.

Craven is a very skilled filmmaker. And that's something that took me years to fully appreciate. When I was younger, of course I loved films like Shocker, Swamp Thing and A Nightmare on Elm Street like everyone else, but as I got older, and really looked at the specific way he shoots his films, I was wickedly impressed more and more. I mean, look at what he was able to do with his followup to this, Eddie Murphy's Vampire in Brooklyn. Marketed as a comedy (and I will agree it is actually funny in some parts), I was shocked to discover upon watching it for the first time that it's actually more of a gothic romance horror film than anything else, and it looks absolutely gorgeous. I never would have thought based on the trailers trying to sell it as an Eddie Murphy comedy. I guess the same thing can be said about Murphy's Metro (1997), a film marketed as a comedy but in reality is a pretty badass cop/action/thriller. But with Vampire in Brooklyn, Craven was able to really make something special out of something that could have turned into a dud. And I know it wasn't necessarily a hit, but I do know that it's gained a nice cult status since it's initial release. My point is that it's far better than it should have been, and that's all due to Wes Craven, not Eddie Murphy. 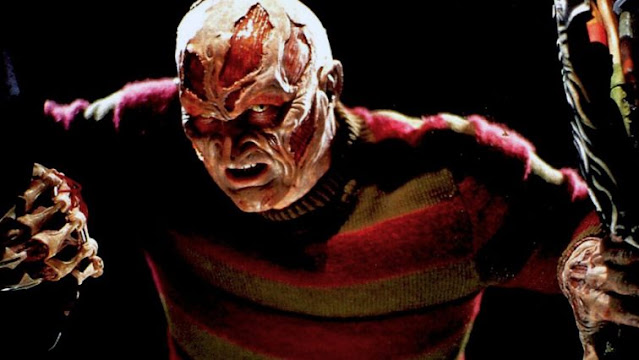 It's a shame that New Nightmare didn't spawn more films and re-ignite the franchise. He tried his best to steer it in the right direction, and honestly, he nailed it here. Everything works so effectively. The constant sense of dread is palpable, and with the exception of a few dodgy CGI effects, the design of everything that happens in the final act is just incredible. In regards to Freddy's new look, I love it. While a bit different than the makeup that defined his look from Parts 1 through 4, it's leaps and bounds better than his new makeup look from Part 5.

While this last film (not counting Freddy vs Jason that came almost 10 years later) didn't kickstart a new era of Freddy films, it is a glorious sendoff to one of the most popular horror icons, and horror franchises in film history, delivered by the man who created it exactly 10 years earlier. 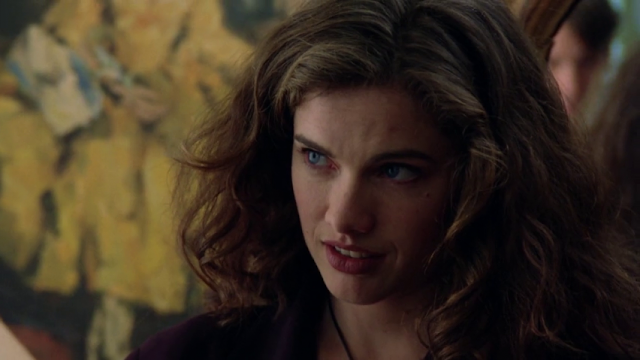 EDITORS NOTE:
Please consider a donation so that I may continue doing this for you. In these tough times, every little bit helps, and further allows me to continue to spend the time needed to write these articles for you. I know it's a bit unorthodox, but we are in strange times and I have not been resistant to the turmoil that COVID has caused financially. Even if it's just $1, $5 or whatever. It would be greatly appreciated and I thank you. You can make a donation to my Venmo: @robotgeek
Posted by robotGEEK at 1:56 PM