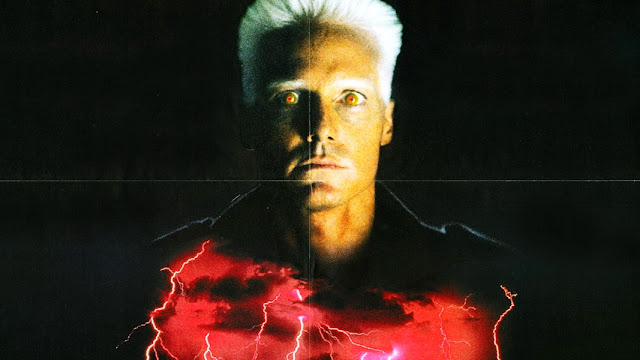 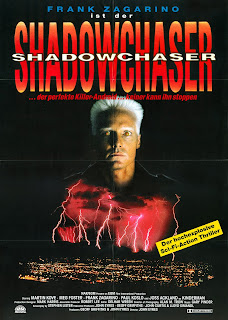 Here's a series of films I never got around to. Mainly because I just never came across them. While fairly cheap on VHS, DVD's (in full frame) are shockingly pricey. Luckily Amazon Prime has this first one streaming, so let's dig in.

I have to admit that this one surprised me at nearly every turn. A very fun and surprisingly well-made film that is basically Die Hard meets Demolition Man, but mostly Die Hard, and a full year before Demolition Man even came out. Without reading anything about it going in, the killer cast is what immediately impressed me the most. While I knew Frank Zagarino (Armstrong) is the main guy, I was not expecting Martin Kove (Steele Justice), Paul Koslo (Robot Jox) and Meg Foster (They Live) to tag along for the ride. Even more so to discover that Kove is actually the good guy here, something we just didn't see enough of.

An android (Zagarino) and his group of mercenaries hijack a building and take a bunch of people hostage, including the presidents daughter (Meg Ryan). Desilva (Kove) is a prisoner who is released from his frozen cryogenic state to help them rescue the presidents daughter and bring down the android, only they mistakenly thought he was someone else. Forced into a situation of life and death, Desilva rises to the occasion as the reluctant hero intent on getting out alive. 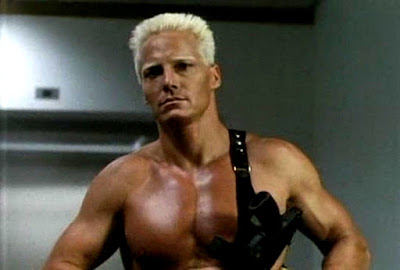 The action is pretty slick, Zagarino is a great imposing figure as the killer robot, and the cast is really impressive. I mean, they're always great, but seeing Martin Kove play the reluctant hero every once in a blue moon is such a welcome change. Meg Ryan is great as always, actually turning into a badass here, but I think the real standout for me was Paul Koslo, whom I am always used to seeing playing a foreign villain. Here he plays the straight-edged FBI agent under pressure to do whatever is necessary to save the presidents daughter.

It really is a blast from start to finish. It pulls no punches in trying to be original, instead having fun by borrowing elements from other films and throwing them into a blender. It hits the ground running right from the very beginning and never lets up. The action sequences, even including the model work, is impressively done. While I had issues with the gunfire (yea I know, a weird complaint), the rest of the action, aside from some bad editing here and there, is plentiful. I also found the theme song to be eerily similar to Danny Elfman's Batman theme, but that could just be me. Here's to hoping the next 2 installments are as entertaining.