That's right! For all you retro fiends and classic cartoon lovers, these two 80's gems have now been added to TubiTV's FREE streaming site. 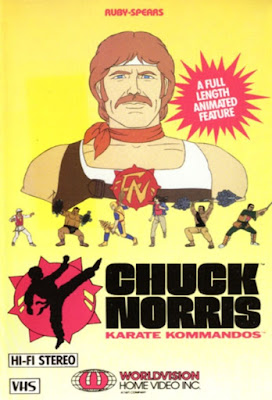 Karate Kommandos was a short 5-episode Mini-Series released in 1986, and it's honestly a damn shame it didn't get picked up for a full series because it's great as a gloriously cheesy ultra-violent cartoon. I mean, they just don't make them like this anymore.

Since there were only 5 episodes produced, it was released as a full-length movie on VHS instead of by episodes as was the norm. One of the most surprising aspects of this particular cartoon was that Chuck actually provided the voice work himself. 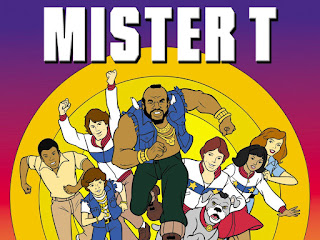 Mr. T ran longer for a total of 3 seasons and 30 episodes, beginning in 1983. This is great news for me personally because I actually never got around to this one and it's been a cartoon I've been wanting to see for some time now. I just never got around to pulling the trigger on the Hanna Barbera DVD collection.

Both of these shows were produced by the legendary Ruby-Spears Enterprises (Rambo: The Force of Freedom 1986) and released onto DVD via Hanna-Barbera at a really great price.

EDITORS NOTE:
Please consider a donation so that I may continue doing this for you. In these tough times, every little bit helps, and further allows me to continue to spend the time needed to write these articles for you. I know it's a bit unorthodox, but we are in strange times and I have not been resistant to the turmoil that COVID has caused financially. Even if it's just $1, $5 or whatever. It would be greatly appreciated and I thank you. You can make a donation to my Venmo: @robotgeek
Posted by robotGEEK at 11:15 AM