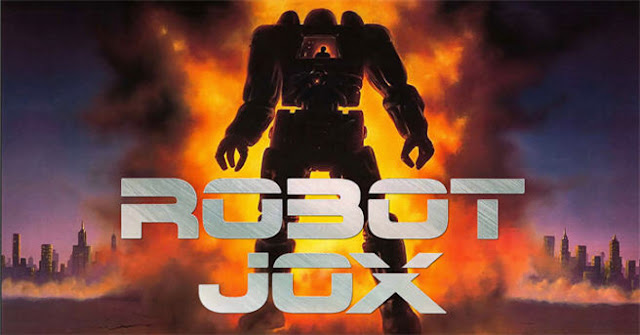 With the release of this cult classic on Blu Ray 5 years ago via Shout! Factory, this somewhat forgotten gem got a boost of well-deserved popularity, and has been riding a decent wave of success ever since. Personally, I haven't seen it in ages. Maybe more than 20 years to be exact. I do remember going to my local theater to see it, and I was so excited. Being about 13 years old, I was the prime age for this, and from what I can remember, I loved it. I'm sure I got my hands on it on VHS too, but you know how it goes, life goes on and you forget about a lot of things. With legendary director Stuart Gordon's sudden passing recently, I felt the urge to revisit some of his early films, and this one was right up at the top of the list.

Stuart Gordon said it best: "It's a kids film that adults can enjoy", and that couldn't be more true. Revisiting it the other day, I enjoyed every single second of it, but watching it as an adult, I was a bit struck by how kid-friendly it was, something I don't remember when I was younger. Aside from a woman's butt shot, and the lead character screaming "I'm going to get in this thing, and I'm going to kick your ass!!!", it's all pretty PG-Rated. And you know what? That's fine. It doesn't take away from the fact that it's still entertaining as hell. 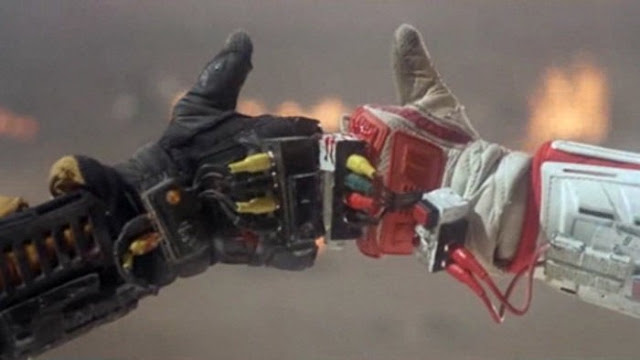 Essentially, Robot Jox is Pacific Rim, where humans operate giant mechanized robots from inside. But instead of fighting giant monsters like in Pacific Rim, they fight themselves for sport. And while today it's pretty clear where Pacific Rim got it's inspiration from, back when it was first released, to kids like myself, it was more like a live action Transformers movie. And you know what? I have to admit, 30 years later, the effects work is so damn impressive. For a kid, this was legit awesome, but as an adult, I can admire how incredible the effects work is because it's all practical. Minus a small CGI moment in space, all of the robot effects, including the fighting, is all done using models, big sets and a whole lot of creative ingenuity. When you consider that all films today, both big and small, will implore CGI 99% of the time, seeing a film done this way is so special. While there are moments that it's undoubtedly clear that models are being used, there are also plenty of moments that will blow your mind in how they made it all happen. Forced perspective, green screen, stop-motion and composite shots make this such a surprisingly effective and tangible experience that it will make you miss the way films used to be made.

The cast is full of great familiar faces (I won't bother naming them all, but you've surely seen them all in plenty of films both big and small), but I have to give it to production designer Giovanni Natalucci (Once Upon a Time in America) for giving the film a sleek, retro aesthetic that only adds to the films enormous visual impact. If anything, Robot Jox is a feast for the eyes combining Natalucci's impressive set design with the Robotech-style design of the robots. 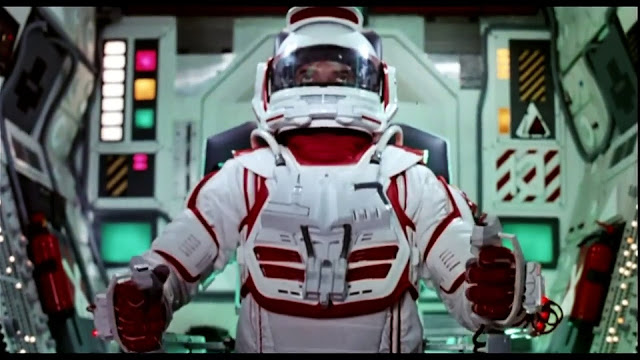 At the time it was the film's production companies (Empire Films) biggest film, who would ultimately go bankrupt during production. Was it because of this film's budget and box office failure? I'm not entirely sure, but the sad reality is that it did not do well. And I have to admit, thinking back, I was a bit surprised this actually made it into theaters, where Gordon's previous films, at least where I lived, hadn't before. And it's such a shame it didn't do well, because it's quite a fun experience. I can only guess that it might have been targeted to adults, when it's really made for kids. Or vice versa. I don't know to be honest. Either way, neither went to go see it upon it's original release, yet it's sustained a healthy cult status ever since because while plenty of others have tried to duplicate, or capitalize on the film's popularity (Charles Bands Crash and Burn the following year comes to mind), none could do what Robot Jox was able to do on a creative and talent level. For that, it remains one of the best examples of low-budget science fiction filmmaking at it's finest, utilizing a long lost art form in practical effects magic and it's quite frankly, stunning to see in HD today. 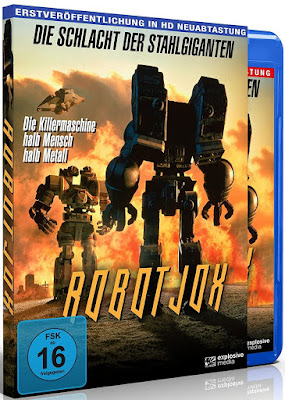 Shout! Factory released this on Blu Ray back in 2020, but that release has since skyrocketed to insane dollar signs recently. I can't tell you if it's because of Stuart Gordon's passing, or if the release is Out Of Print, or if both factors are the reason, but there was no way I was going to spent almost $100 on a film I hadn't seen since I was a kid. So instead, I snagged the German Release Blu Ray, which also happens to be Region-Free, for under $20. The film packaging will say that it's Region B, but trust me, it's Region-Free. There are no extras, but goddamn is it a crisp looking image. The transfer is beautiful!

I picked mine up on Amazon here in the U.S., but I've also seen it pop up on eBay. I would also suggest browsing eBay or Amazon over in Germany as well, as a lot of them will ship to the United States.

Robot Jox is cheesy good fun, and you'll definitely want this to be in your HD collection.
Posted by robotGEEK at 9:39 AM