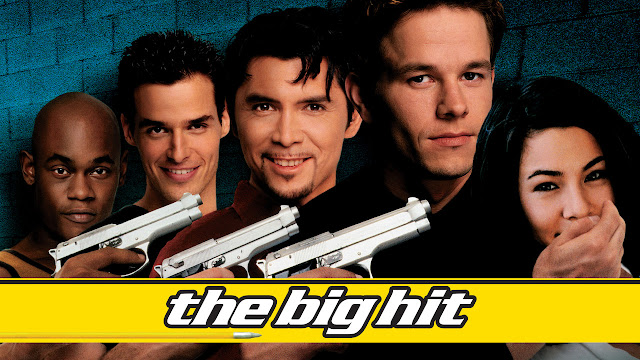 Curiously, I'd never gotten to this one until now for some reason. Which is odd since I was probably at my peak "John Woo" phase when this came out. I mention that because this was a film he executive produced, and it's got Hong Kong Action Cinema written all over it.

So I will admit that it's a lot of fun, if uneven. The action is impressive, and the cast is pretty great all around. The direction by Kirk Wong is really solid and it's soundtrack will definitely take you back to the 90's in a good way. I feel that the film only really suffers in two areas. One, with it's forced and awkward comedy, and two, with how Lou Diamond Phillips portrays one of the main characters. Essentially, everyone in this film is from New Jersey, so literally everyone talks like they're right out of The Jersey Shore, and it can be incredibly annoying at times because it's so over the top. But not as annoying as Phillips as he goes so overboard with his accent and portrayal that you literally have to watch it with subtitles to understand just what the hell he's saying. I'm not even joking or trying to be funny. It's absolutely ridiculous and really hurts the film overall, not to mention the fact that it just comes across as a stereotype in the worst possible way. Anyway, moving on. 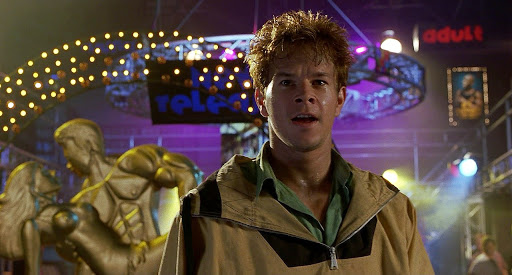 The Big Hit comes courtesy of director Kirk Wong, who directed the absolutely incredible Crime Story (1993) starring Jackie Chan, easily one of my favorite Chan films and at the time, one of his rare "serious" films as he has a penchant for including comedy whenever possible. But Crime Story was different, and that's probably why I loved it so much, not to mention that it's just goddamn gritty and violent as all hell. Seriously, if you haven't had a chance to see it yet, get to it.

Wong does a really great job handling the action sequences here, incorporating a lot of the standard HK tropes associated with that genre. But it's also apparent he's working within the Hollywood system, which does make it look and feel a little different than what you'd expect from a HK action director. With that being said, there's a ton of action, and it all looks great, but it never truly feels 100% HK the same way Woo, Ringo Lam or Tsui Hark would have done it.

Labeled an action/comedy, there are many repeated attempts at comedy, but for me it was just so forced and cringe-inducing. While Kirk Wong is really great at directing action, comedy is something else entirely. Or American comedy for that matter. It just tries way too hard, and all you end up doing is rolling your eyes. That's not to say there aren't some little clever moments that actually work, because there are a few here and there. There's this little bit about a VHS rental of King Kong Lives that was amusing, but like everything else, they went too far with it and killed it's potential as an actual funny comedy bit. So for me, most of it just didn't work.

One of the biggest surprises for me here was the quality of action for sure, but the large and surprisingly impressive cast. In the leads we have Mark Wahlberg, Lou Diamond Phillips, Bokeem Woodbine and Antonio Sabato Jr., but then there's Elliot Gould, Christina Applegate, Avery Brooks, Lela Rochan and Lainie Kazan. If some of those names don't mean anything to you, you'll most certainly recognize them when you see them. It's a shame everyone is doing an awful over-exaggerated New Jersey accent the entire time.

Despite my issues with the forced comedy, The Big Hit will certainly entertain you and satisfy the action itch, because the action was very well done and abundant. It's a shame Wong only made one other film, an American TV Movie called The Disciples starring Ice-T, which he would use the Alan Smithee pseudonym on, and not direct again. That was a long time ago.

The Big Hit is currently streaming on Amazon Prime this month

Posted by robotGEEK at 4:52 PM