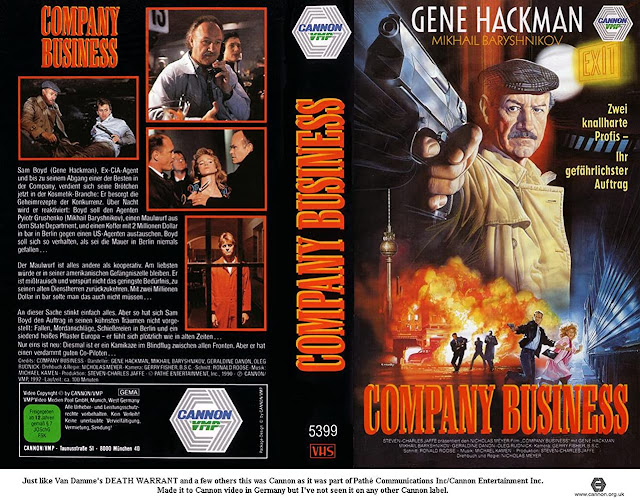 This is one of those films that I always passed over at the video store, even when I worked in one as my first job. Nothing about the title or cover art suggested it would be anything I'd be interested in back then (the early 90's), so I never gave it a second thought. *I know this German VHS cover art above looks great, but check out the simple U.S. poster art below. When it recently popped up on both Amazon Prime and Hulu, I decided to do a quick search on it and discovered that not only does it come from writer/director Nicholas Meyer (Star Trek II: The Wrath of Khan), but it actually has really favorable reviews. Lets dig in.

When a semi-retired spy is given an assignment to trade a Russian prisoner for an American, things don't go as planned and he soon discovers a trail of corruption and must work with his former prisoner to escape Russia alive

This wonderful little film is the true definition of a hidden gem. Beautifully shot, tightly edited and flawlessly crafted in a neat little package that brings back stark comparisons to the excellent 80's childhood favorite Cloak & Dagger more than anything else. I kind of went in expecting something serious and by-the-numbers, sort of like Peter Hyams excellent, yet simply effective The Presidio, but instead was treated to something that was fun and more lighthearted than I was expecting, while also being dark and violent when the time called for it. Most of that is due to writer/director Nicholas Meyer's razor sharp script and slick direction, but the undeniable chemistry between Hackman and Mikhail Baryshnikov really adds a lot to the fun. 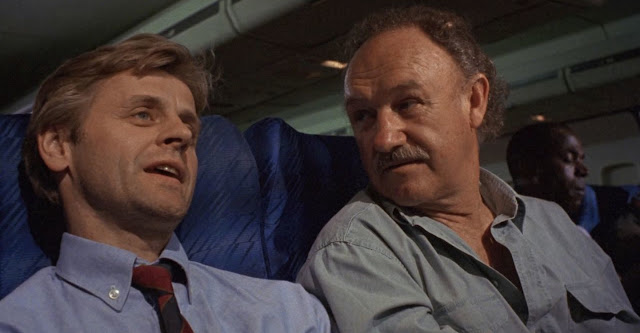 Gene Hackman is just so damn good. He's so brutishly effective as a villain that it's all too easy for him to be typecast as one, so it's incredibly refreshing to see him turn in a good guy performance every once in a while, like he does here. I'd also like to mention there's a pretty great supporting cast of familiar faces all around such as Terry O'Quinn, Kurtwood Smith and Daniel von Bargen to name a few. It's just as if this film kept surprising me at nearly every turn, and I loved it. 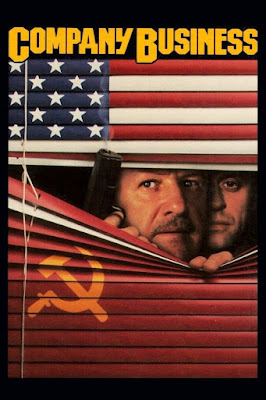 Nicholas Meyer directed this the same year he directed Star Trek: The Undiscovered Country, considered by many to be the last great Star Trek film from the original franchise. So not only was he incredibly busy this year, but he delivered a one-two punch of greatness in both the "spy/thriller" genre, as well as the "science fiction" genre. Which makes it all the more surprising to learn that after this incredible year, he only directed a TV Movie before calling it quits as a director. Gene Hackman, for his part, had just come off of Peter Hyam's excellent Narrow Margin, another great thriller from Hyams, and another great good guy role for Hackman.

If you give this a chance, you'll find that this isn't your typical spy/thriller, in that while it is a serious film from start to finish, it has such a pleasant air about it that keeps it fun and engaging throughout. A sort of "fun" spy/thriller, of which there are far too few. As I mentioned before, the closest thing I can compare it to is 1984's Cloak & Dagger, which if you loved that movie as much as I do, then you'll surely love this.

Company Business is currently streaming on Hulu Plus and Amazon Prime

Posted by robotGEEK at 2:34 PM